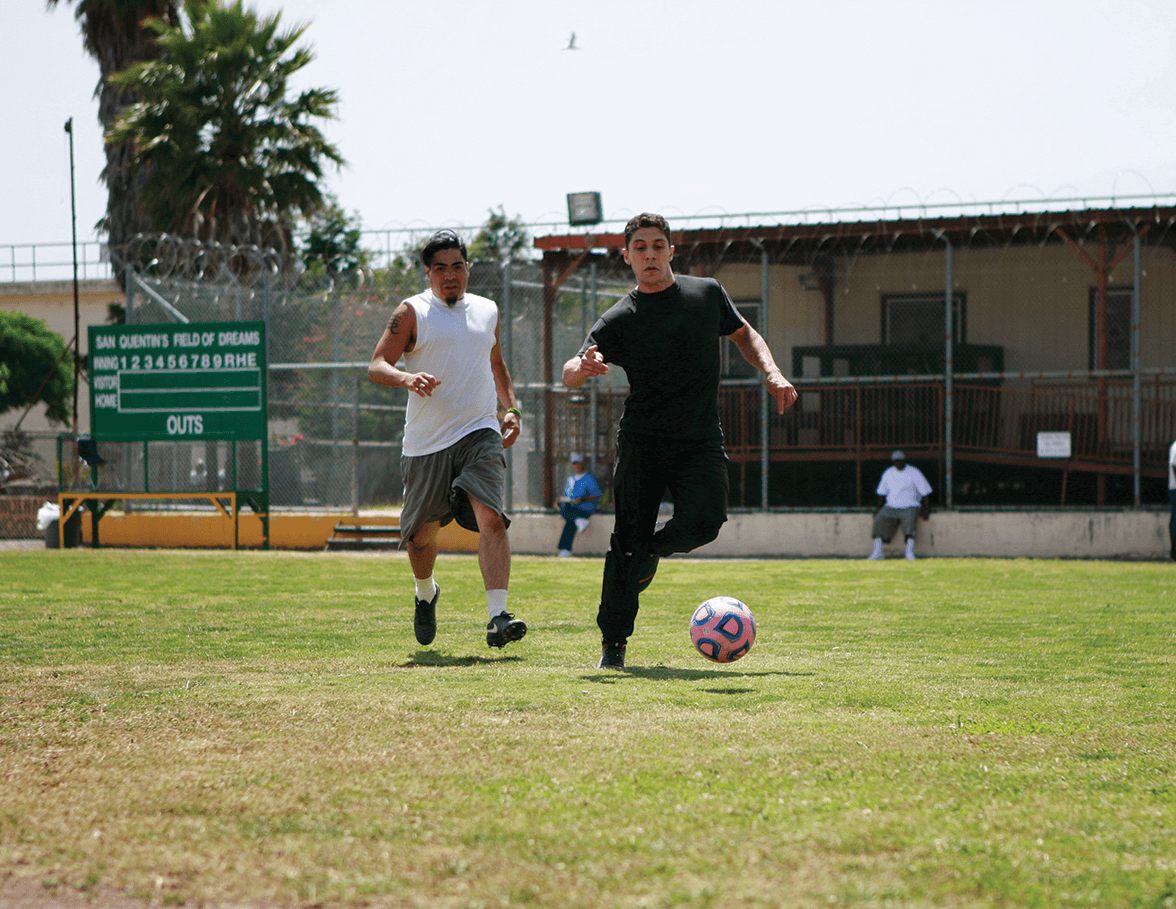 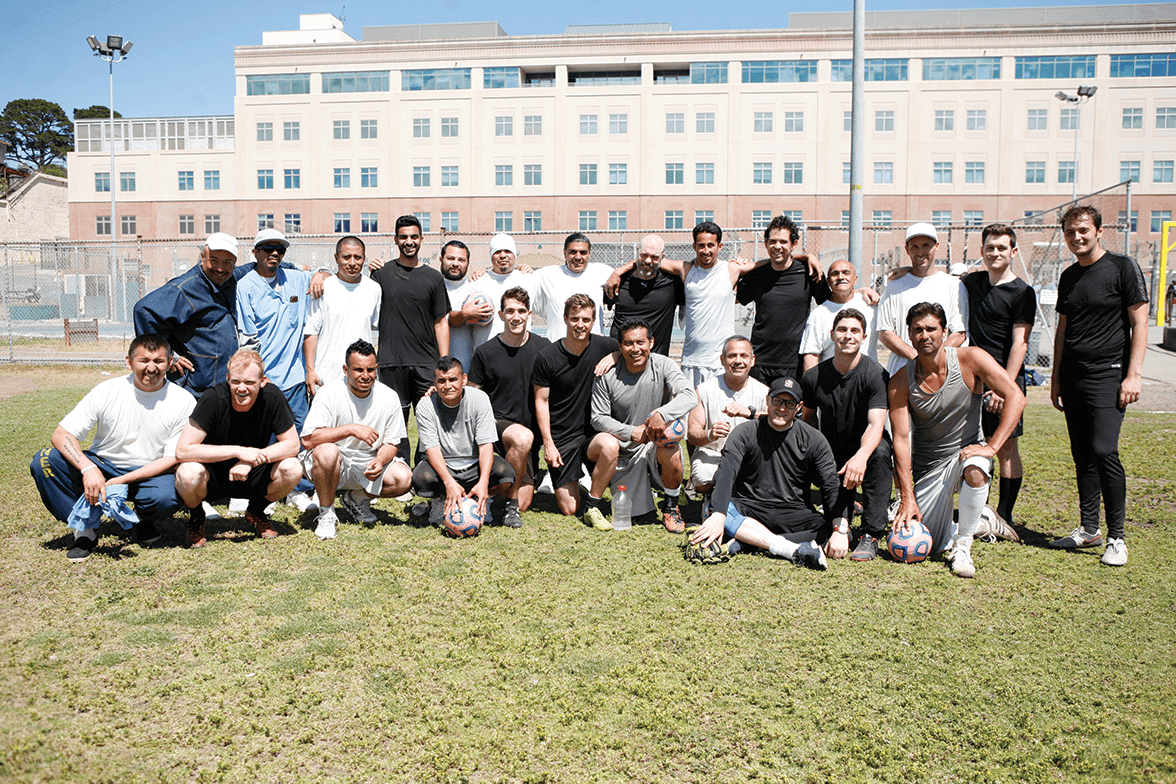 San Quentin’s B-Team opened its season with an 8-0 loss in a friendly match against U.C. Berkeley’s Hermanos Unidos (United Brothers).

Both A and B teams — formally the OGs and Youngsters — have lost five consecutive matches dating back to last season.

The match drew an audience of prisoners like Percy Paul, a new arrival at the institution. “Just watching these guys got me real excited,” said Paul. “I definitely want to get on the team,” he added.

The new wave of prisoners may bring talent that San Quentin teams can use.

Although B-Team goalkeeper Jesús “Chuy” Perez had eight saves, the Hermanos averaged a goal about every 11 minutes against a defense that was non-existent.

“We needed more effort and structure,” said B-Team goalkeeper Pérez. He added, “It’s a great start and lets us know where we need our forces.”

The April 22 match was an introduction for 19-year-old first-timer Freddy Cruz who said, “I didn’t know what to expect, but you guys are cool.”

Chris Gomez, also unfamiliar with incarcerated sports said, “The wall is up but that don’t stop family.”

The first goal came in the fifth-minute from Hermanos’ Manuel Esqueda. Meza, playing the middle scored in the 15th minute. Beltranchuc, playing as a forward, followed in the 39th minute.

During the halftime both teams huddled mid-field, to exchange pleasantries and to give thanks for 40 brand-new black Nike cleats donated from anonymously.

“It’s real exciting to see you guys with cleats,” said Andrew Crawford, San Quentin’s soccer program sponsor. He emphasized that the cleats were the beginning of the program’s long awaited support.

The goals picked up in the second half off the feet of Gutiérrez who scored in minutes 50 and 60.

Christian Cervantes matched his teammate with goals scored in minutes 65 and 85. He joked after the match about being humbled for not completing his usual hat trick.

Ruiz, an incarcerated player, capped off the day for the Hermanos with his 89th-minute goal.

“It don’t matter,” said B-Team defender, Julio Martinez, referring to losing the match, “I had fun.” 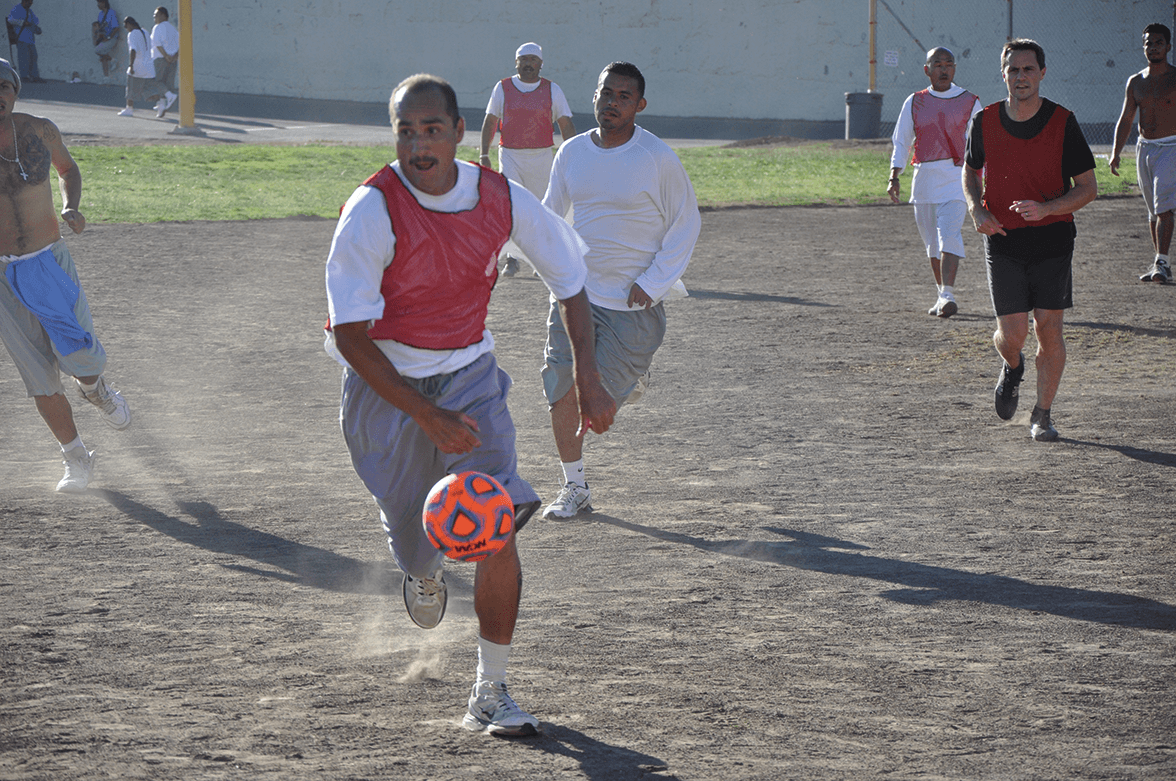