Luis Ojeda, 23, is serving a six-year sentence in San Quentin State Prison after a conviction for assault with great bodily injury. Upon his release, he faces deportation to Mexico. His sister, Jennie, 21, is a law-abiding resident of San Jose, where she is studying and working.  Nevertheless, she also fears deportation.

“I wanted to be a lawyer and help out my parents,” Luis said. “But, I messed up the opportunity DACA offered me. I feel ashamed for committing a crime. I squandered the opportunity given to me in this country. And, I feel bad they are using us as an excuse to not renew DACA. I don’t think it is fair.” 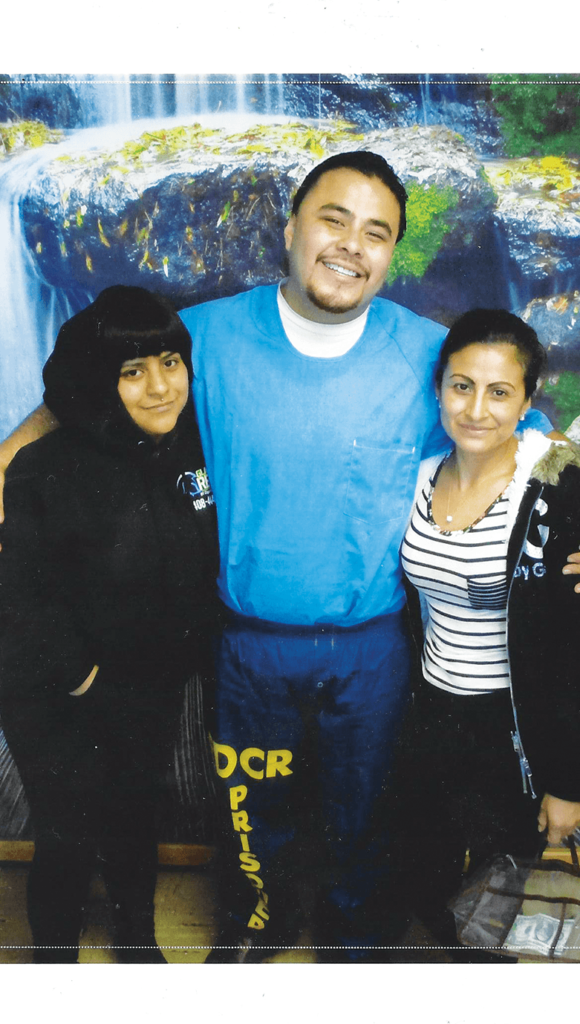 Former President Barack Obama created DACA in 2012 to protect undocumented children from deportation if they entered the U.S. before they turned 16-years old.

The Ojeda family’s story shows how ending the DACA program could separate a family. Luis and Jennie are among the 800,000 undocumented immigrants brought by their parents to the U.S. at a young age, and who are called Dreamers.

Since President Donald J. Trump’s administration announced his intention to end the humanitarian program known officially as Deferred Action for Childhood Arrival (DACA), the Dreamers are facing an uncertain future.

“I feel worried,” Jennie said. “If they don’t do anything, not just my family will be affected, but a lot of people. It will crush our dreams. We will not be able to go to school or to work.”

Jennie remembers how DACA changed her life. The program allowed her to work legally in the US. She works now as a secretary at a plumbing company during the day, and attends De Anza College at night. Her goal is to become an archeologist and an anthropologist.

“I like learning about people that were here for a long time ago, about the significance of religions, their views, ancient civilizations,” Jennie said. “If I become an archeologist I will get to explore the world,” Jennie said.

The majority of Dreamers contribute to the U.S. economy. Ending DACA would affect all Dreamers — even those who have not committed a crime.

“Since DACA was implemented in 2012, a total of 2,139 (about 0.3 percent) Dreamers have lost their status because of criminal behavior,” according to the article “The Numbers Behind The Dreamers” By Will Racke of the Daily Caller.

Although in prison, Luis said he also benefited from DACA. He thought his future lay in the American Dream.

Luis acknowledges his wrongs and accepts the punishment for his bad choices. However, Trump’s threat “plays an emotional” game with the Dreamers, like his sister Jennie, who contributes to the country’s economy and obeys the law.

“I am super afraid. It makes me sad,” Jennie said. “When I just saw the news — they are playing with our feelings. They are not taking us serious. How can we have a future? It makes me sad, worried, stressed out.”

Jennie and Luis came to the U.S. like most Dreamers with their parents and a little brother. They became part of the fabric of America. They attended American schools, learned English and embraced the dominant culture.

Ending DACA creates stress for Dreamers because many would have to make sudden changes in their lives. Some would have no alternative than to return to living in the shadows — in constant fear of deportation. For others, it might mean going back to countries from which they fled or know little about.

“Before DACA at 11-years old, I often stressed thinking about La Migra (ICE) coming to get me and separate me from my family,” Luis said. “I received DACA at 18-years old. This helped me to get a driver’s license, and a work permit with which I got my first job as a cook in a restaurant while I continued with my education.”

However, the future of Dreamers like the Ojeda siblings lingers in limbo since the Trump administration announced the termination of DACA. The issue of DACA’s future is a topic of debate in Congress. It is also tied up in the federal courts.

“I was brought to this country by my parents when I was 9-years old,” Jennie said. “My baby brother, Luis and I were fortunate because we didn’t have to climb the fence like my mom and older brother did. My father brought us to this country to have a better future. My mom helped me start doing the research for DACA, gathering all documents and we have to pay a lawyer and DACA fees,” Jennie said.

She continues to “have hope the Congress will do something about” DACA to bring relief to all the DACA participants and maintain their legal status in this country to make their dreams come true.