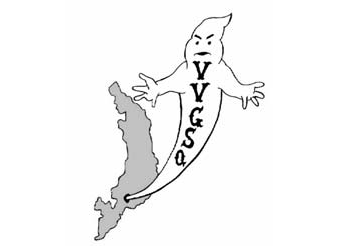 The spirit of democracy thrives among a group of veterans inside the walls of San Quentin. In July the Vietnam Veterans Group of San Quentin held the annual executive body elections.
In a tight race the group elected US Army veteran Paul Stauffer as their new chairman. He will be responsible for presiding over all meetings of the VVGSQ and modeling examples of camaraderie and diplomacy.
“I was surprised, yet honored that the group elected me to lead. Being a member of this group has given me a sense of purpose and dignity that is often a struggle to hold on to in prison,” said Stauffer.
The vice-chairman position went to the group’s elder statesman, Lawson Beavers, 77. Beavers, an Army veteran who served in the Korean War, hopes to provide the levelheaded wisdom needed to accomplish the mission and objectives of the group. The vice-chairman is responsible for being the Chief Coordinator for all of the groups various committees.
US Marine Corps veteran Greg Sanders ran unopposed and has assumed the role of Secretary/Treasurer. He plans to use his gruff demeanor to reinforce the group’s commitment to the VVGSQ by-laws and constitution.
“Being part of this group gives me the opportunity to be of service to others and a helper of mankind. My vision is to provide group members with the education and therapy necessary to build their self-esteem,” said Sanders.
The newly elected Outside Coordinator, Christopher Bell, served our country as a Corpsman in the US Navy. He has only been with the VVGSQ for a year but plans to breathe new life into relationships established with the outside veteran community.
“I plan to fulfill my role by contacting outside military facilities and enlisting their support to provide incarcerated veterans with the resources that are so vitally needed,” said Bell. 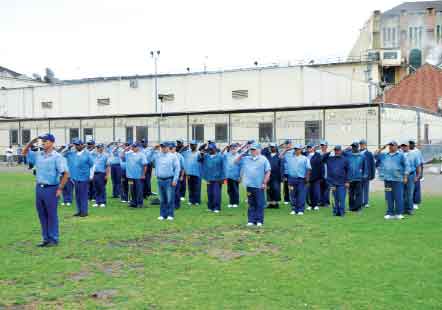 VVGSQ in company formation on the Lower Yard

Elected to Member-at-Large positions with the various housing units were Kenneth Goodlow (Donner), John Johnston (H-Unit), Craig Johnson (West Block), and Ernie Vick (North Block). These men are responsible for providing membership applications to the mainline population and serving as the voice of the membership on the executive board.
With the new executive body in place, the VVGSQ is gearing up for another year of service to veterans inside and outside of the prison. A new Veterans Training Ground “Relapse Prevention” program is set to start in October, and preparations have already begun for the VVGSQ Holiday Toy program.
“I plan to continue to build on the hard work and dedication of the previous executive body, while at the same time, giving group members the opportunity to step up and contribute. It’s hard for people to feel excluded when they’re a part of experiencing something positive,” said Stauffer.

Inmate veterans deliver a message to the young