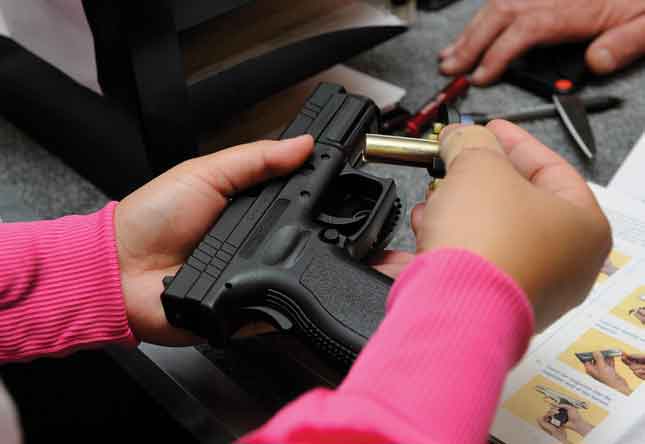 Following the Justice Department’s recommendation to institute de-escalation tactics after a 2013 increase in police shootings, Philadelphia has honored more than 40 police officers since December 2015 for defusing conflicts without using maximum force.

“This is an effort to slow down situations for the sake of everybody concerned,” said Philadelphia Police Commissioner Richard Ross.

Such awards are key to changing the mentality inside law enforcement, said Phillip Goff, director of the Center for Policing Equity, a think tank.

This change is resisted by many police departments. The Los Angeles police union called such awards “a terrible idea.”

In a blog post, the Board of the Los Angeles Police Protective League stated, “This award will prioritize the lives of suspected criminals over the lives of LAPD officers and goes against the core foundation of an officer’s training.”

As police officers receive significantly less training in de-escalation than in firearms or self-defense, numerous agencies are discussing and adopting de-escalation tactics to slow down and defuse confrontations, according to the Police Executive Research Forum, a law enforcement think tank.

Philadelphia officer Eric Tyler was recognized for using a stun gun instead of his firearm on a suspect who threatened to shoot Tyler’s colleague in February.

Tyler had never shot anyone in his 12-year career; however, he was prepared to, and then “I thought better of it, and our training took over” he said.

Advocates say that by rewarding officers for showing restraint and putting the tactic on par with bravery, police departments can counter the rise in accusations of excessive force following recent deadly shooting of Blacks in Ferguson, Cleveland, Chicago, North Charleston, etc.

The suspect who Tyler used a nonlethal Taser on turned out to be unarmed.