Two California senators introduce a bill that would bar prosecutors from trying juveniles 15 years old and younger in adult court.

The proposal that would “bar prosecutors from asking that minors to be tried in adult court if they were 14 or 15 years old at the time of their crime….(is) one of several in a package of bills introduced by Sens. Holly J. Mitchell (D-Los Angeles) and Ricardo Lara (D-Bell Gardens),” The Los Angeles Times reported.

Other bills proposed by Mitchell and Lara would repeal a one-year sentence enhancement for prior felony convictions and allow judges discretion to strike prior serious felony convictions that may require defendants to serve an additional five years in prison, according to the Times.

The goal of these new legislations “is not about slapping a wrist and sending (kids) home,” said Mitchell. “It is about acknowledging that we as adults, as a society of adults, have failed you, our systems have failed you.”

“We are not giving the system enough time to adjust,” Salzillo said, pointing to the passage of Proposition 57 and other efforts to reduce the state’s population.

In 2016, California voters approved Prop. 57, which in part prohibits prosecutors from charging youths in adult court without a judge’s approval. The California Supreme Court, affirming a lower-court ruling in February, found that provision could retroactively apply to pending cases.

Stone, citing a case of 15-year-old in Alabama who beat another man unconscious with a baseball bat, said, “There is a narrow window (of defendants) who should not be kept in the juvenile justice system.”

Testifying before a senate public safety committee in April on the proposals, Frankie Guzman, an attorney with the National Center for Youth Law, relayed his own experience being in the juvenile justice system.

Guzman said, when he was 14, prosecutors labeled him a hardened criminal after he and a friend brandished handguns as they held up a liquor store. As his case dragged on, he was allowed to remain in the juvenile justice system, where he had access to education and counseling.

“I learned, I really learned, what I did wrong and why,” he said. “I am not an exception but a representation of what happens when young people who commit the most serious crimes get the support and services that they need.” 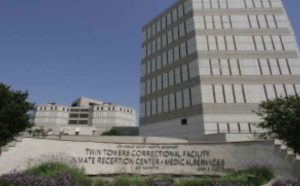