They are creating artistic scenes with bright color and light on murals at prisons like Salinas Valley and San Quentin state prisons.

“I don’t have much of a legacy,” said Jeffrey Sutton, who is serving 41 years for armed robbery. “This is something positive that helps me focus on getting out.”

The mural program is part of a new initiative by the state of California that offers prisoners classes such as Native American beadwork, improvisational theater, graphic novels and songwriting in each of its 35 prisons, reports the Times.

Federal art programs are being shut down, but California has awarded between $1 million and $6 million annually for the Arts in Corrections program. It increased to $8 million this year.

Republican State Assemblyman Tom Lackey recently visited a theater program inside a prison in his district. He had this to say about the funding of that program: “Six million is no joke. It was, ‘OK, I’m going to watch this incredible waste of money.’”

But he was surprised by his reaction. “I could tell it was building morale and self-respect among inmates, which is hard to do. How do you measure the value of a person in dollars? This is an investment that yields a return.”

The Arts in Corrections program is also supported by Gov. Jerry Brown.

“The arts, through creative expression and discipline, help prepare inmates for their eventual return to society,” Brown said. “It’s a real opportunity for them to gain greater insight into their lives and their relationships.”

The state is collaborating with the California Arts Council and employing respected artists like Guillermo Aranda, a Chicano muralist who instructs at Salinas Valley four days a week.

At San Quentin State Prison, Scott McKinstry, 47, who was sentenced to 51-years-to-life for second-degree murder and firearm possession, has been designing a mural of urban life over the past seven years.

His mural brings life to walls of the chow hall; it abounds with mansard roofs, neon signs, Victorian houses and other fanciful details inspired by Japanese-born painter Hiro Yamagata.

This project and anger management classes have helped him discover “why things bug me and why I ended up here,” McKinstry said.

“A lot of guys in prison don’t have a sense of self-worth,” he continued. “It helps you grow as a human being to say, ‘hey, I can do something.’ ”

When a victim of crime was asked her opinion about the arts programs, she said:

“These classes shouldn’t be solely for enjoyment purposes,” said Dionne Wilson, the widow of Nels Daniel Niemi, a law enforcement officer who was shot and killed 12 years ago in San Leandro, east of San Francisco. “I’d like to see them coupled with a deeper discussion about acknowledging the harm they caused,” said Wilson, who is also a member of a national organization called Alliance for Safety and Justice.

The California initiative is part of prison reforms that have taken place since 2011, due to a United States Supreme Court order mandating the state to reduce its prison population.

“When inmates are triple-bunked in a gym, the last thing you’re thinking about is a Shakespeare program or a mural class,” said Kristina Khokhobashvili, a corrections spokeswoman. 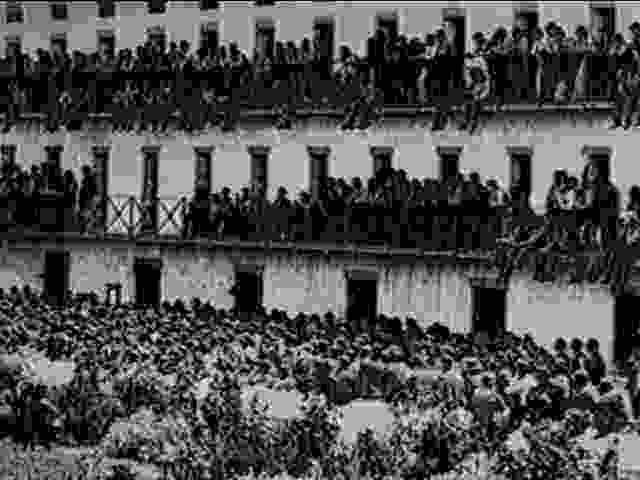 Medical operations at the Correctional Training Facility in Soledad were turned over again to the California Department of Corrections and Rehabilitation (CDCR) by J. Clark Kelso, the federal receiver, reports the Correctional News.
It’s only the second prison (after Folsom) to receive a passing grade from the state inspector general in a decade of federal control.
Don Spector, director of the Prison Law Offices, and their experts, however, found problems with the quality and type of care being provided at the Soledad facility and voiced their concerns.

As a result Kelso and other department officials will have their experts return to Soledad in six months to see if conditions have improved.
“The CDCR must be operating all 34 adult institutions for a year before the court will even consider ending the receivership,” said Thelton Henderson, U.S. District Court Judge.
Last July, the California Rehabilitation Center in Norco also got a passing grade from the receiver, but the decision to return control back to CDCR was stayed in lieu of Governor Brown’s decision on whether Norco would be kept open.
In January, the governor’s office announced that Norco will stay open so the state can stay below the prison population cap set by the federal court.
Over the past decade, California has spent $2 billion on new medical facilities and doubled its health care budget to around $1.7 billion. It has also reduced the prison population by 40,000 inmates, says the CDCR.