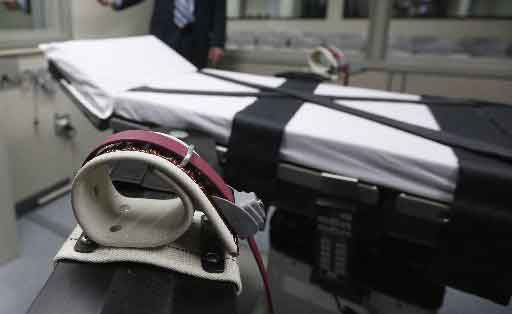 Deaths related to the opioid fentanyl tripled in California between 2016 and 2017, according to a new report.
“We’re really on high alert,” Rachael Kagan, spokeswoman for the San Francisco Department of Health, told Soumya Karlamangla of the Los Angeles Times.
Fentanyl has historically been less present in California than other parts of the United States. Experts say that’s because most heroin sold in California is black tar heroin, which is harder to mix with fentanyl, while white powder heroin is more popular on the East Coast, the Times reported May 15.
Recently, the drug has started to show up in cocaine and meth sold in California. Fentanyl is 50 times more potent than heroin and is often mixed into other street drugs to produce a more powerful high. Its presence in non-opioids has experts worried California may be headed toward a deadly crisis.
Three Hispanic men were recently found dead of drug overdoses in an apartment in downtown Los Angeles, the newspaper reported. The coroner’s report stated they had been doing what they believed was cocaine when they died. However, it is suspected that the men accidentally consumed fentanyl as well, according to Dr. Gary Tsai, medical director of the Los Angeles County Health Department’s substance abuse prevention and control division.
“Cocaine, while it can be life-threatening, generally doesn’t result in instantaneous overdose deaths like that,” Tsai said.
According to the Times article, recently several people have also died in San Francisco from ingesting fentanyl with methamphetamine, counterfeit Xanax and crack cocaine. Reports from elsewhere have found fentanyl in the rave drug MDMA.
In the last year alone, the Drug Enforcement Administration (DEA) has made seizures of cocaine with fentanyl, methamphetamine with it or ketamine throughout Southern and Central California, according to Timothy Massino, a spokesman for the DEA in Los Angeles.
“This is a fairly new phenomenon in this area,” Massino told the Times.
Arron Barba, director of the Venice Family Clinic Common Ground in Los Angeles, provides drug users with test strips to check for fentanyl.
“There’s no quality control, and there’s no government to step in and say you can’t do that,” she told the Times. “People can’t tell what’s in the drugs they’re buying, and it’s clear fentanyl is increasingly part of the equation.”Tsai and other experts said that while fentanyl-contaminated street drugs are a real and growing threat, they’re not California’s most urgent public health issue.
But Maynor Garcia, whose brother was one of the three men that died in Los Angeles, told the Times he wished there were more public awareness about the risk in party drugs in the city.
“I’m not encouraging people to do cocaine, but people do,” he said, “and then those people that do it … need to understand that it could be lethal.”
PPI’s “Correctional Control: Incarceration and Supervision by State” is the first report to aggregate data on all types of correctional control nationwide.

Taking the First Step to Recovery 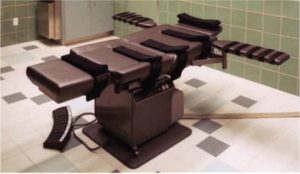 Nevada plans to use a combination of drugs for an execution that has never been used and its effectiveness is unproven, an investigative Global News story reports.

Despite the growing opioid epidemic plaguing a large number of U.S. and Canadian communities, Nevada Department of Corrections wants to use fentanyl in an upcoming execution, the Aug. 31 story reported.

According to author Andrew Russell, “Scott Dozier, 46, is scheduled to be executed by lethal injection on Nov. 14 for the 2002 murder of 22-year old Jeremiah Miller who was killed and dismembered. Dozier was already serving a 22-year sentence for the murder of Jasen Green, 27, whose body was also dismembered.

After years of using midazolam and hydromorphone as sedatives, pharmaceutical manufacturer Pfizer halted sale of its products to the Department of Corrections in 2016 in order to stop them from being used in executions, Russell reported.

After conferring with its chief medical officer, the correctional department’s director selected the combination of diazepam, fentanyl and cisatracurium, Russell reported.

Lethal injections typically involved a three-drug cocktail including a sedative to render the person unconscious, a muscle relaxant to paralyze them, followed by a fatal injection, according to Russell.

“Fentanyl, an opioid that can be 100 times stronger than morphine, will be used in addition to diazepam, a sedative commonly known as Valium, and cisatracurium, which causes paralysis,” he explained.

This type of execution “is way out of step with our core values in this state,” said Tod Story, executive director of the American Civil Liberties Union of Nevada. “Nevadans deserve answers on exactly how the state plans to kill a prisoner in its custody.”

Each drug carries its own set of inherent risks when used in a multi-drug execution procedure. Those risks are magnified when we don’t know the source of the drug, the potency and purity of the drug, and circumstances in which it was manufactured, transported and stored,” said Robert Durham of the Death Penalty Information Center.

Durham further states, “These drugs share the problem with all the other drugs states have proposed to use in executions. None was designed to kill people.”

Experts and civil rights groups question the combination of these drugs because they have never been used before.

There is no recorded documentation of its effectiveness or the legality of its use, especially since the manufacturers of these drugs halted the sale of the product to the department, said Russell.