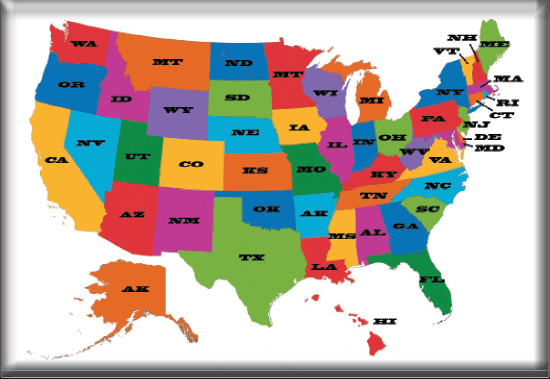 Texas – Formerly incarcerated men and women won a major victory to end employment discrimination against hiring ex-offenders and to restore their civil rights for Fair Chance Hiring, reports Grassroots Leadership. The movement, called The Fair Chance, is a nationwide campaign that requires employers to consider candidates on their merit prior to asking about criminal convictions, moving the background check to the end of the hiring process. The Austin City Council voted in March 2016 to pass a Fair Chance Hiring Ordinance.

Louisiana – An effort to restore the voting rights of Louisianans who have felony convictions or are on parole or probation has been rejected by a federal judge. District Judge Tim Kelley called the disenfranchisement law unfair but constitutional under state law, The Times-Picayune reports. The ruling has been appealed, asserting that voting is an unalienable right held by all Louisiana citizens, including those on probation and parole.

Jackson, Miss. – A legal group is asking a federal court to strike down Mississippi’s constitutional bar preventing citizens from voting ever again after being convicted of certain felonies, The Associated Press reports. Attorneys representing the disenfranchised citizens estimate that more than 50,000 Mississippians have been disqualified from voting since 1994 due to these convictions. About 60 percent are Black, in a state whose population is 37 percent Black. The suit describes the disenfranchising crimes as “an integral part of the overall effort to prevent African-Americans in Mississippi from voting.”

Montana – The state is facing a $227 million revenue shortfall, Montana Public Radio reports. CoreCivic runs the state’s only private prison and has offered a $30 million dollar bailout if state lawmakers would extend its contract for another 10 years. The $30 million offer would cover about 13 percent of the revenue shortfall.

Tennessee – Men of Valor, a faith-based organization founded by ex-inmate Carl Carlson, is providing the formerly incarcerated education, training, counseling and treatment in an effort to tackle the state’s nearly 50 percent re-arrest and recidivism rate, The Tennessean reports. Nationally more than two-thirds of all formerly incarcerated men are arrested again within three years after being released—within five years, 76 percent are rearrested.

Vermont – Vermont inmates transferred to a state-run Pennsylvania prison last summer are being denied confidential phone calls with their attorneys at the defender general’s office and are being discouraged  — and sometimes outright prevented — from meeting with those attorneys during visits to the Pennsylvania prison, according to Vermont Defender General Matthew Valerio, Vermont Public Radio reports.

Washington – A federal lawsuit has forced state officials to move all juvenile defendants charged as adults to living conditions better than solitary confinement,  The Seattle Times reports. The lawsuit filed by Columbia Legal Services noted that four teens awaiting trial and living in isolation cells received only 10 minutes per day of face-to-face conversation with a teacher, who slid work sheets under their door.

Nebraska – The second-most-overcrowded state prisons in the nation are located in Nebraska, World-Herald News Service reports. In four of the state’s prisons, inmates sent to solitary confinement are double-bunked. Last April, a double-bunked inmate was charged with first-degree murder for killing his cellmate, causing state lawmakers to look into the practice. The use of solitary confinement, which has been shown to exacerbate mental troubles and illnesses, has also drawn concern from state lawmakers, who passed a law in 2015 seeking to reduce its use.

Texas – Wrongfully convicted men and women are paid a lump sum of $80,000 for every year they were behind bars, The Dallas Morning News reports. So far, that price tag is $109,987,935. The money has gone to men and women who together spent a total of 1,160 years imprisoned for crimes they didn’t commit.