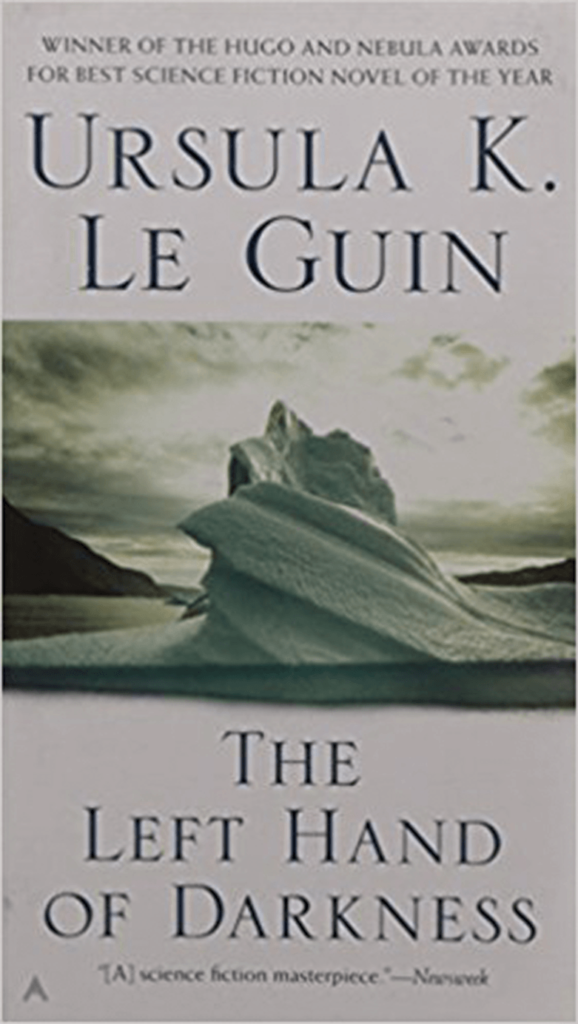 When Ursula K. Le Guin died earlier this year, she left her fans a rich history of literature. In much of that literature she tackled humankind’s quest for dignity. Her stories make us think deeply about how we treat each other — most famously in her groundbreaking 1969 science fiction masterpiece, The Left Hand of Darkness. Le Guin was a courageous writer — she wrote about sexuality, truth to power, and imperialism at a time when these topics were considered revolutionary.

The plot of The Left Hand of Darkness centers on inter-galactic cooperation that earthlings are pushing to new worlds. Genly Ai is the earthling envoy to Winter. It is a primarily sub-zero planet of a highly militarized and divided people who live in a state of mutual distrust. Power and control are vital to survivability. The dominant sects maintain control by creating their own realities.

…Truth is a matter of the imagination…and if at moments, the facts seem to alter with an altered voice, why then you can choose the fact you like best; yet none of them is false…

Ai, a government worker, tells the aliens that Earth’s strategy is to send one envoy at a time to distant planets. Sending more than one envoy, gets in the way of the message, “We are coming, no matter what.”

More than a third of millennial say that if a man compliments a woman’s looks it is harassment, according to a recent survey by The Economist/YouGov reports The New York Times 1-17-18

Ai learns about what it’s like to live on Winter but it isn’t only the seasons that change: the inhabitants change genders. They go into cycles called kimmering, which is a period in which they are sexually attracted to someone who has the ability to change genders.

Ai describes an encounter with an alien:

He was so feminine in look and manner that I once asked him how many children he had. He looked glum. He had never borne any. He had, however, sired four. It was one of the little jolts I was always getting.

Consider: There is no division of humanity into strong and weak halves, protective/protected, dominant/submissive, owner/chattel, active/passive. In fact, the whole tendency to dualism that pervades human thinking may be found to be lessened or changed, on Winter.

Terrans tend to feel they’ve got to get ahead, make progress. The people of Winter, who always live in Year One, feel that progress is less important than presence.

In time, Ai realized that his best ally for success is the once powerful, but now disgraced, Winter native, Estraven.

But, the currently powerful are wise to Ai’s strategy. Ai and Estraven wind up in prison, otherwise known at The Farm. In order to survive, they unify.

While on The Farm, all the prisoners must work. They are drugged and asked questions about their crimes. The natives are prevented from cycling into kimmering. Ai can see the results as:

…not merely suppression, it produced not frustration, but something more, perhaps, in the long run: passivity.

They do not kill people on their Farms; they let hunger and winter and despair do their murders for them.

What drew me into the story was that it is told from two completely different perspectives.

This novel was written in 1969 but I would recommend reading it today. The state of our nation is deeply divided; we distance ourselves from each other, based on our own truths. If we are to come together again as people with a common destiny, we should heed the experience of Ai and Estraven and their push to survive through cooperation

The possibility of peace hangs in the background of this story, while the dominant theme seems to lead inexorably towards war.