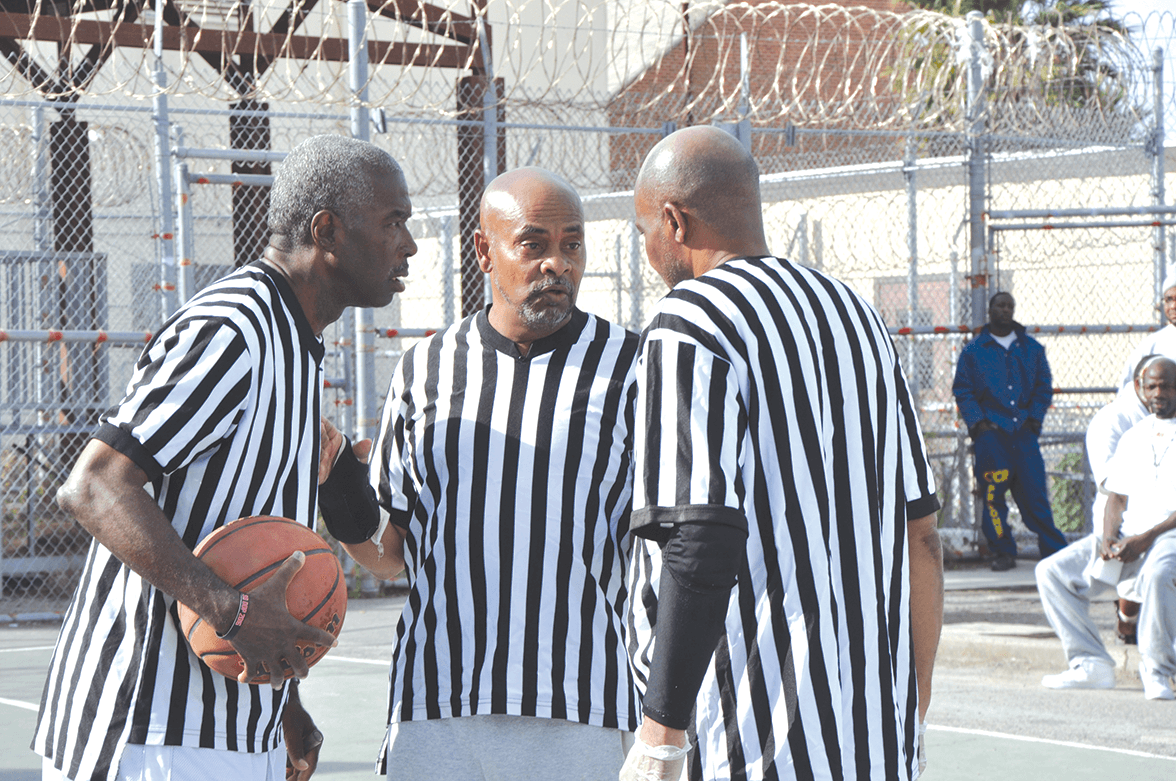 A new cast volunteered to take on one of the toughest jobs at San Quentin—refereeing basketball games.

“It’s challenging,” Antonio Manning, new ref and former SQ King, said about refereeing. “You have to deal with different attitudes and personalities.”

Complaints about the officiating at San Quentin have persisted for years. As the head ref, Aaron “Showtime” Taylor, is out to change that with a mostly new eight-man squad and new system.

Taylor’s system involves the refs rotating so one of them is always in the best position to see the action.

Despite the difficulty of being second-guessed and heckled, these men still want to be referees.

“After playing for five years as a King, I look at it as what more can I contribute?” Manning said. “As a ref, I can bring more control and add to the community here. Also, I see myself doing this out in the community as well.”

New ref Troy Smith added, “I don’t need to be a ref and didn’t want to, but I was asked so I agreed. I love sports, and I don’t internalize the calamity.”

Lee said, “I want to stay involved with the game I love but can’t play anymore. Also I want to stay connected to this community of inside and outside people like Bill Epling and Bob Myers.”

Epling sponsors Prison Sports Ministry, which brings members of the community into the prison for basketball games and ministry. This includes Myers, the general manager of the Golden State Warriors.

Throughout the game, the refs stayed professional as the complaints stacked up.

“We need Butch and Huggie back!” a King joked about wanting the old referees return.

“All three out of bounds calls were wrong,” Trailblazer Steve Lamb said.

“You got to be kidding me, yo!” Trailblazer Geoffrey “Free” Gary yelled after, while he was shooting, a King made contact, and there was no call.

Lee said, “They’re new. Give them a chance.”