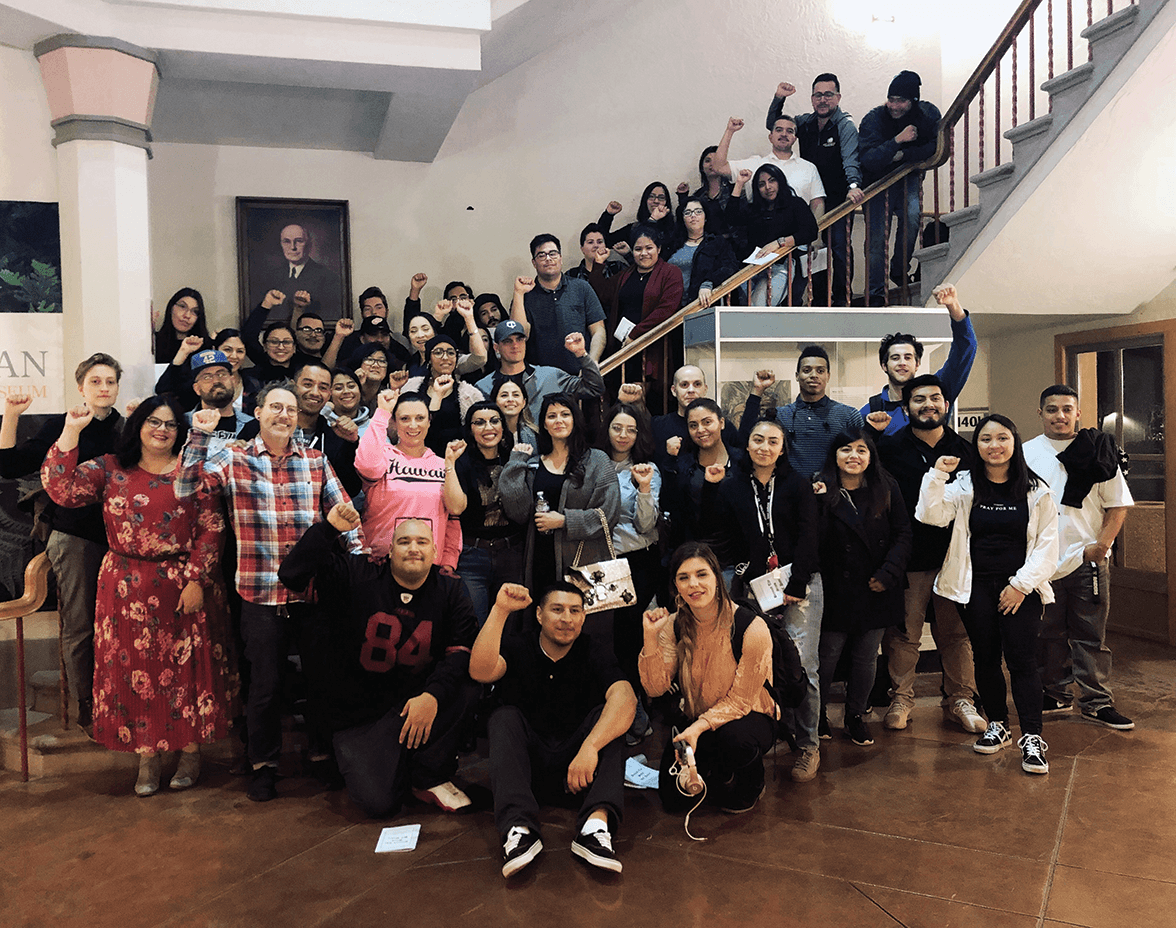 To combat the stigmas facing formerly incarcerated people at the University of California Davis, two students established the Beyond the Stats program to help the newly returning citizens adjust to college life.

The founders of the program, Tina Curiel-Allen and Daniel Mendoza, were also formerly incarcerated. The two established the support group and a magazine on the campus to challenge the preconceptions of school administration and peers about who these incoming students are as people.

“We did a project, and asked students—without telling them our background— ‘how do you feel about being on campus with formerly incarcerated students?’” said Curiel-Allen to San Quentin News. “We were really surprised by some of the things that we heard.”

Beyond the Stats was created in 2017 and has grown to 12 members. The magazine is currently on its third issue. Curiel-Allen is a fourth-year Chicano studies major and Mendoza is a fourth-year sociology major.

Both discovered that they shared the experience of being incarcerated after the two were paired in a class project.

“Once you’ve been incarcerated you can’t experience the world the same way,” said Curiel-Allen. “The sociology department on the UC Davis campus is pretty conservative. I saw what was happening, that the learning wasn’t going both ways.

“It’s very troubling, that the research is done through this lens of objectivity. It’s frankly kind of hurtful”

“It was always like, ‘I’m the professor, I have the knowledge that I’m imparting to you.’ That underscored the urgency for us,” added Curiel-Allen.

The institution did not leave much room for different kinds of knowledge, which prompted the two students to put together the magazine and program, said Curiel-Allen. The professors would talk about the Black and Chicano community with a sense of detachment from the experience, she said.

“It’s very troubling, that the research is done through this lens of objectivity. It’s frankly kind of hurtful,” added Curiel-Allen. “Because they were lecturing about our streets but it was obvious they had never been there.”

“The most realistic way to change that narrative was through the zines, short for magazine,” said Curiel-Allen, “because it was cheap and accessible.” She is the editor of Beyond the Stats’ zine, a writer, poet and essayist.

She uses a template for the magazine on a computer and prints in black and white to save money. The two founders have an advisor who is a prison abolitionist. They didn’t ask the college for support because they didn’t want to get co-opted by the University or to need approval by a publisher. The magazine is filled with poems, personal statements and interviews from members and friends of the movement.

Mendoza spoke about his experience in an article in The Aggie, a UC Davis publication.

“I found myself in tough situations my first year, at risk of dropping out and doing dumb stuff,” added Mendoza.

When Mendoza began his academic career, he said he tried many times to confide in different people, seeking help to navigate around the bureaucratic policies.

“There are good people out there with good intentions,” Mendoza said. “But every time I tried to talk to someone, I felt like I had to lie about who I was and change my story so they would feel comfortable.”

Beyond the Stats also holds events where 50 to 60 people attend, said Curiel-Allen. The next class is titled: “Education as a freedom: aka AmeriKa, this is how you made me.”

The syllabus was written to be a counterpoint to the classes Beyond the Stats members are in.

“Our goal is to use an almost completely narrative-based approach,” said Curiel-Allen. “We want people to think: ‘How are identities are shaped by institutions? What is to be gained by complete objectivity in research of these communities?

“What is lost when you are not part of the community you write about” she added.

While Beyond the Stats members work to change the narrative of returning citizens in college institutions, they understand about growing consciously and carefully.

“Absolutely, formerly-incarcerated students feel a lot of stigma,” said Curiel-Allen. “There’s always the question of whether or not it’s internalized stigma or if it’s external; but it really doesn’t matter, because it’s still there.

“We need to find other students like us. We need to make ourselves visible,” she concluded.