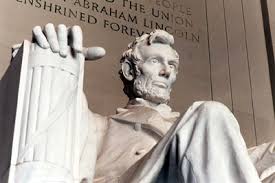 President Donald Trump says he is open to passing a new compromise proposal that would combine a prison reform bill with sentencing reform provisions, reports Alexander Bolton for The Hill.
“We passed the First Step Act through the House, and we’re working with the Senate to pass that into law. And I think we’ll be able to do it,” Trump said at a meeting with inner city pastors.
Democrats, however, cannot see Trump embracing criminal justice reform just yet due to his tough-on-crime election platform. Sen. Chuck Grassley (R-Iowa) seems more optimistic: “I think we’ve made great progress so it doesn’t have to be broken up … There seems to be an interest on the part of the White House now to keeping the bills together.” The goal is to merge the prison reform bill — the First Step Act — with four sentencing reforms from the Senate’s Sentencing Reform and Corrections Act, which has the support of co-sponsors from both sides of the aisle.
In order to gain political common ground, the reform would only apply to new sentences and not retroactively to people already in jail.
“The question is how little sentencing reform we can put in there without losing the Democrats, and how much we can put in there without losing more than a handful of Republicans,” said one Senate observer.

Senator Grassley presented the compromise to Trump along with senators Mike Lee (R-Utah), Lindsey Graham (R-S.C.) and Tim Scott (R-S.C.).
If passed, the reforms would lower mandatory minimum life sentences for those with prior nonviolent drug convictions to 25 years and reduce the current 20-year mandatory minimum sentence for similar offenses to 15 years. It would also apply the Fair Sentencing Act of 2010, which has a retroactive effect on the sentence disparity between previous cocaine- and crack-related crimes.
Another aspect of the sentencing reform seeks to free judges from handing out excessively long sentences to nonviolent drug offenders. Known as the “stacking enhancement,” the requirement forced judges to treat convictions that involve multiple charges as prior offenses, which then opens defendants up to the mandatory minimum sentencing scheme.
The last reform being discussed will expand exceptions to the application of mandatory-minimum sentences to a wider array of people with criminal records.
In 1980, the federal prison system housed around 25,000 inmates; now there are more than 205,000. According to the Congressional Research Service, the cost to taxpayers has grown from $330 million to $7.5 billion over this same time period.
“The president sees that our prison system is not perfect. That’s why he wants to improve it and why he’s been considering some appropriate commutations,” a Senior White House official said.
According to one White House official, prison and sentencing reform has strong conservative support coming from the American Enterprise Institute, the Heritage Foundation, the American Conservative Union and evangelical voters.

After 22 years Antoine Brown is a free man