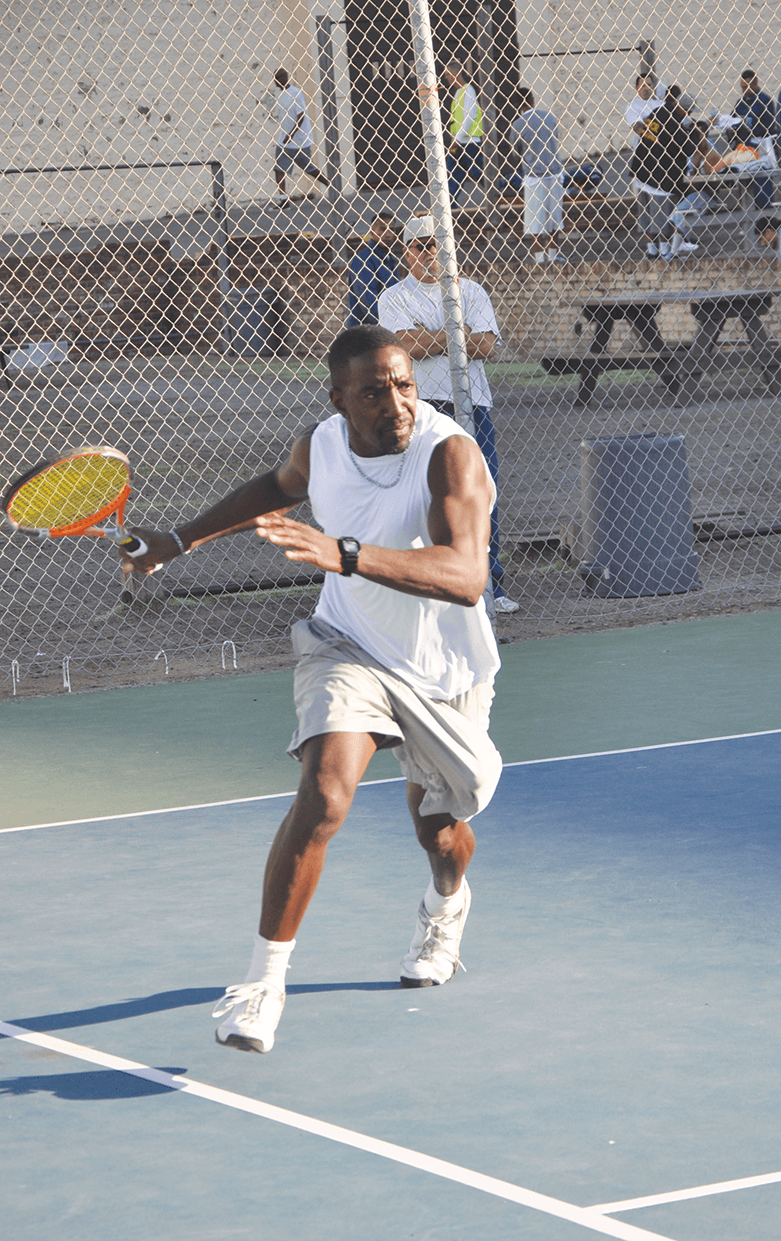 Paul Allenye getting to return a ball

In preparation for the opening day, the San Quentin tennis court was scrubbed and a new net installed.

Morgan said it was “very satisfying to win,” and “they (San Quentin players) get better every time.” Morgan added that incarcerated people are “just like us and this is a lot of fun.”

Chester “Toe” Boddie and Clay Long managed to win 4 to 2 matched up against two visiting lefties, Heely and Pateri.

Pateri’s very strong backhand was not enough to win the game.

“We got outplayed and I just played like crap,” Pateri said. He also did echo a common complaint about the court fences needing to be moved back “at least five feet.”

“More than anything I enjoy playing against outside people”

Pateri, age 45, attributes his good health to tennis and has hopes of playing until he is at least 65.

Paris Williams, teamed up with Morgan, won their mixed match against Tim Thompson and Schyler, 4 to 3.

“I have been playing for two years. The game is exciting and the exercise itself is great,” Paris Williams said. “More than anything, I enjoy playing against outside people.”

Number one ranked San Quentin tennis player Boddie said, “The opening festivities were beautiful. We will have a fruitful year. Tennis is alive and well at San Quentin.”