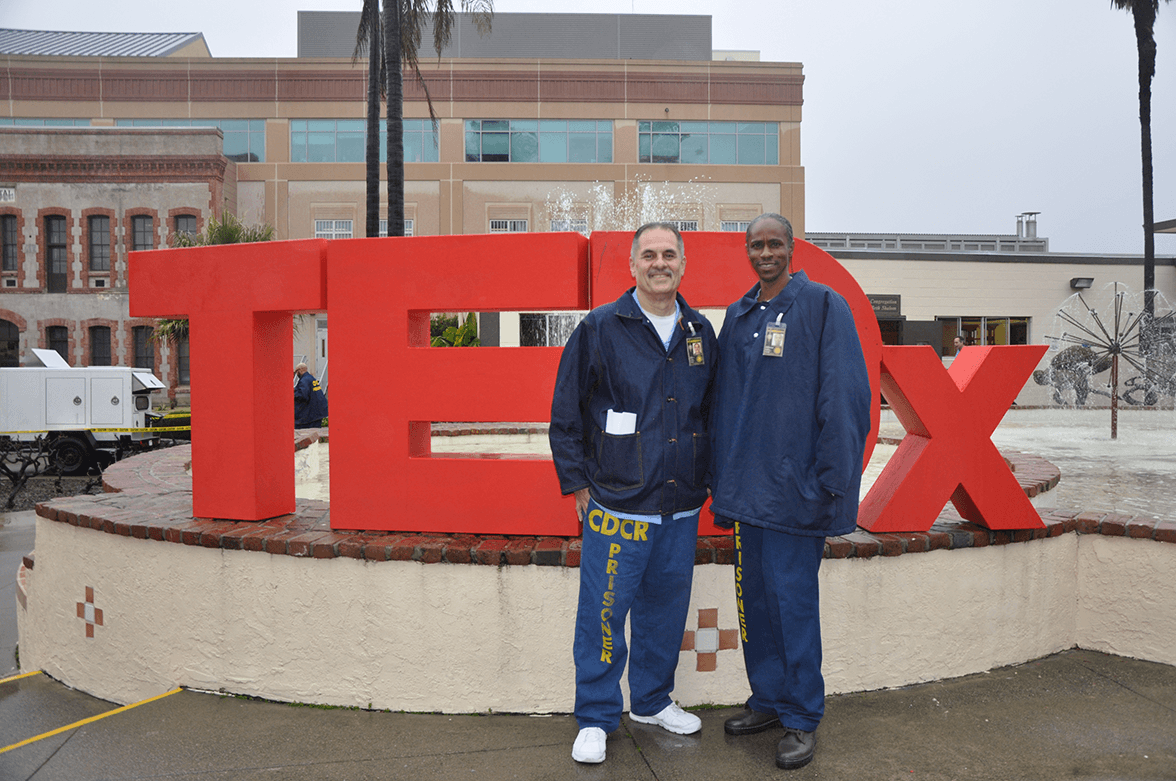 The event was organized by Mariette Fourmeaux du Sartel, a business and marketing executive.

Although she had no connection to the prison system, Sartel said that her interests “called” her to Donovan last year.

“When I set foot in Donovan, I found a profound richness of experience, of knowledge that I saw had been untapped,” she said.

The event took place in an activity room just off of A yard. There were about a dozen speakers, both inmates and guests, Littlefield reports.

The theme was “Beyond the Surface,” which examined what people experienced when they looked deeper for connection and understanding in their lives.

“Are you accepting life’s challenges or are you the one on the sidelines?” asked inmate Stephen Davis, age 40.

Davis spoke about overcoming obstacles and facing life’s challenges while finding ones purpose in life. Like how he had to overcome stage fright just to get up on the stage.

In the spirit of a spoken-word artist, inmate Martin Huey, 25, combined poetry and movement as he spoke of the person he has become: a dancer, a linguist, and a convicted felon.

“I’ve never done this before,” said Huey, as he left the stage. “This is a very humbling experience.”

Inmate Lionell Tholmer, 59, shared memories of both the good and bad times in his life.

Tholmer was raised on a farm by a father who beat him with a bullwhip whenever he made a mistake. He spoke of his love for animals and how they comforted him in the wake of his father’s discipline.

There was a strawberry-colored pony that always came to greet him when he was distressed. “I always could sense that this pony could tell that I was standing in the storm,” Tholmer said.

Once a jackrabbit let him pick it up and pet it on the way home from school. Normally, they would run from him on sight. It was this feeling of trust, he said, that told him “whatever my dad was beating with that bullwhip wasn’t in me.”

When Tholmer became deathly ill at a prison in Coalinga, it was the compassion and care of the doctors and nurses that really touched him. “They saved me with their hearts,” Tholmer said.

Tholmer’s message was that love is both spiritual and restorative and can be felt when words aren’t even spoken. “Be like the rabbit,” Tholmer told the audience. “Find someone who’s in need, like I was.”