Frank De Palma spent more than 40 years of his life inside Nevada’s state prisons for second-degree murder, grand larceny, battery, and attempted murder. Twenty-two of those years were spent in solitary confinement, where he developed acute agoraphobia as a result of the prolonged time alone, reports The Marshall Project.

While serving time at Ely Maximum Security Prison, De Palma was sent to solitary for his own protection. While there, he assaulted a prison guard, so he was kept there. During his confinement in solitary, De Palma slowly began to experience what he called “the opposite of claustrophobia.” He began to fear leaving his cell even to exercise.

“It was suddenly like all the air around me became a pressure force…I couldn’t breathe. I started banging on the door to the yard to go back inside,” he said.

He began to have panic attacks. He experienced tightening in his chest that resembled a heart attack. He stopped taking showers because he feared having too much open space around him. When light began to bother him, he covered up his one window. He lived in darkness as much as possible; only then did he feel safe.

As the years passed, his psychosis grew to the point that when he began to suffer toothaches he used strong nylon string from his mattress to perform crude extractions in his cell rather than go see a dentist. His behavior did not go unnoticed by the guards. They would tease him by threatening to pull him out of his cell.

During this time, as a cop- ing mechanism, he created his own fantasy world. He’d imagine shopping in a grocery store, tapping melons to see if they were ripe, meeting ficti- tious people—scenarios that sometimes led to romantic re- lationships.

De Palma experienced these fantasies so often that reality and fantasy became blurred. The memories of his real life began to fade. “I literally forgot that I had a family,” he told the reporter from The Marshall Project.

Eventually a psychologist, the warden, and a couple members of the emergency response team came to encourage him to exit his cell. De Palma assumed this was because he was due to leave prison soon. During these first encounters he could barely speak. It had been so long since he actually uttered words that his speech was gar- bled. It took the prison team more than several hours to coerce De Palma out of his place of refuge.

A guard told him, “Just keep your eyes closed, and hold onto me,” and led him out of his cell while De Palma clutched the guard’s belt.

De Palma was transported to Northern Nevada Correctional Center for psychiatric aid. During the several-hour trip, he continued to keep his eyes closed. To pass the time, he concentrated on the pain caused by the tight handcuffs that had been placed on his wrists.

Upon arrival, he asked to be sent back to Ely, a request that was denied. De Palma stayed in the psychiatric ward getting treatment for his acute case of agoraphobia for 10 months He began to understand that the behavior he displayed was in no way human or normal.

De Palma had a gradual ascent out of acute agoraphobia. It began with short durations of time outside, until he was able to be moved back into the general population.

He was finally released from prison after serving a total of 42 years, 9 months, and 15 days. Transitioning back into society has been hard because he still suffers somewhat from agoraphobia. While wearing a hoodie given to him by a friend, De Palma thought he saw some- one closely behind him. In a panic, he quickly turned his body towards the person, causing him to fall to the ground. There was no one behind him, only the hoodie attached to his shirt. On another occasion he walked into a Walmart and noticed himself on one of the big screen TVs. He was horrified, fearing somehow they’d put him into a computer.

To relax, he went to a bathroom stall and locked himself in for 15 minutes until he regained composure. He realizes that a part of him still craves a dark, safe abyss.

De Palma revealed to his interviewer that he is troubled by thoughts that prison has been his whole life, and he questions, “Am I going to make it out here? Am I too damaged to ever belong?” 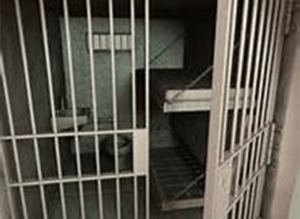