“The men at Avenal State Prison find support in rehabilitation”

Today is a day of Victory. For most just an ordinary day, but for some of us, that’s not the case. As we manage to live one more day, hour and minute from the destructive addiction that is trying to destroy not only us, everyone we come across, every day of our lives.

As addicts, we lost hope and gave up the idea that one day we would be able to stop this deadly addiction. In most situation’s it takes years to actually accept and admit that our lives had become out of control.

It isn’t until we suffer the separation from family members, society and dealing with courts, prisons and ultimately total withdrawal from moral decency and abandonment of spiritual hope that we realized the negative effects that our addiction led us to.

We are fortunate to have a program like Narcotics Anonymous, where the primary purpose is to stay clean and carry the message to the addict who still suffers. NA has taught us that if you’re serious about recovery, it WILL work.

Through the support of the group, sponsors and volunteers, we began to change attitudes, choices and decisions, rather than support our old way of thinking.

In this Edition of the San Quentin Newspaper, we dedicate this article to Avenal State Prison “B Yard” Narcotics Anonymous group. None of this would be possible if not for our Warden R. NDOH, B yard Captain N. Gonzalez and supporting staff and volunteers who actively participated. Thanks to Ms. Jimenez

who recently volunteered her time to be part of this new initiative to promote rehabilitation to those inmates seeking ways to better themselves.

We would like to give special thanks to our Facility B NA sponsors, L. Robitaille of 2 1⁄2 yrs. and J. Hignojoz, our newest sponsor. On behalf of the whole group, we would like to thank them for their endless hard work and sincere dedication to provide necessary materials to make this group a huge success. It’s because of people like them who believe in rehabilitation, that we are able to see this program truly succeed. Thank you for participating in this new chapter of our lives. Now we seek to develop and exercise a better way of living, reaching out to help others find the same peace we are finding.

In the County of Marin, some animals that are stigmatized because they are pit bulls are given a second chance.

Mack is one of those dogs. He was afforded the opportunity to be trained and prepared for adoption through the Pen Pals program—a 14-year alliance between San Quentin State Prison and the Marin Humane Society. The program connects dogs with behavioral problems and nonviolent prisoners who want to care for them, according to the Marin Independent Journal.

Twice a week, Pen Pal volunteers provide training for the incarcerated men and help them learn to work with the canines. Dogs like Mack are kept night and day with SQ inmates until they become suitable pets for adoption. The prisoners also care for dogs that receive medical attention from Marin Humane veterinarians—those dogs that require physical rehabilitation and/or medication on a routine basis.

Participants in the program believe the process is profoundly therapeutic for dogs and humans alike at San Quentin.

According to the Marin Independent Journal, a special bond is forged between each dog and prisoner, and it gives inmates the chance to nurture living creatures who need help. And, of course, the presence of the pooches provides daily fun and excitement—a much needed relief from the rigors of incarceration.

Contrary to negative beliefs about pit bulls, Mack is just the opposite. Mack is a 3-year-old fun-loving pooch who came to Marin Humane Society as a stray. To better his chance for adoption into a permanent home, the Pen Pals team intervened and situated Mack with one-on-one, 24/7 love and attention at SQ. Jeremy, the inmate put in charge of Mack’s socialization training, forged a lasting connection with the pet.

Under the guidance of the Pen Pals volunteers, Jeremy trained Mack in all of the fundamentals of good canine behavior.

After several weeks of training, Mack appeared to be ready for a stable home. He was taken back to the shelter but showed signs of separation anxiety, according to the article. The Pen Pals staff figured that Mack should return to the prison to help work through what they viewed could be an impediment to adoption.

After a happy reunion, Jeremy gave Mack equal doses of behavior training and love. And eventually, Mack became suitable for adoption, demonstrating the success of the Pen Pal program formula. Not long after, a man and his son saw Mack’s photo on the Marin Humane Society website, “fell in love,” and ad- opted him, according to the article.

The Pen Pals program continues to facilitate productive relationships built on love between San Quentin inmates and dogs who get a second chance to find a forever home.

Connecticut Gov. Dan Malloy has employed a groundbreaking rehabilitation model in one correctional institution which may influence incarceration throughout the country.

The idea for the program called T.R.U.E was developed during several research trips to German prisons be- tween 2013 and 2015, when government officials, including Governor Malloy, witnessed inmates performing tasks such as cooking their own meals, locking their own doors, and wearing civilian clothing.

“When you first come into the American prison, your dignity is left at the door. It’s eviscerated. We’re working to bring that back to people held here,” said Jermaine Young, a mentor at Cheshire Correctional Institution’s T.R.U.E. unit. “Anybody can be locked up, but if they’re not treated like a human be- ing, we’re doing a great dis- service.”

Young spoke during a simulcast discussion between inmates, correctional officers and criminal justice reformers at a Reimagining Prison event initiated by the Vera Institute.

T.R.U.E. is a unique unit within the Cheshire Correctional Institute. It houses men, age 18 to 25, accord- ing to the Vera Blog, and at- tempts to mirror life outside prisons as closely as possible—much like the German prison system.

In the German prison system, staff guides inmates through personalized plans, which prepare them for reentry through counseling and employment programs, according to the blog.

German officials ex- plained to the visitors that the deprivation of liberty is itself a punishment. Their prison system, based on the recognition of human dignity, prepares people for a crime-free life upon their release.

After the horror and shame of the Holocaust, Germany transformed its laws and prison system.

The Vera-sponsored trips to German prisons demonstrated to the visiting officials how the United States might address its own historical problems of slavery, Jim Crow laws, and now mass incarceration.

“The master narrative in the U.S. about people in prison is that they’re depraved and violent and a risk to our communities,” said Vera’s president, Nicholas Turner, “That narrative is rooted in a long legacy of racism, White supremacy and oppression that systemically works against people of color.”

Due to the success of the T.R.U.E. unit in Connecticut, similar programs in Massachusetts and South Carolina are beginning to emerge, the blog reported.

“Whether you interact with the U.S. prison system is too often determined by your birth, income or community circumstance. That isn’t true in other countries [like Germany],” said Governor Malloy, “We have to address disparities before we can ever truly change our system, and that’s what we’ve tried to do in Connecticut.” 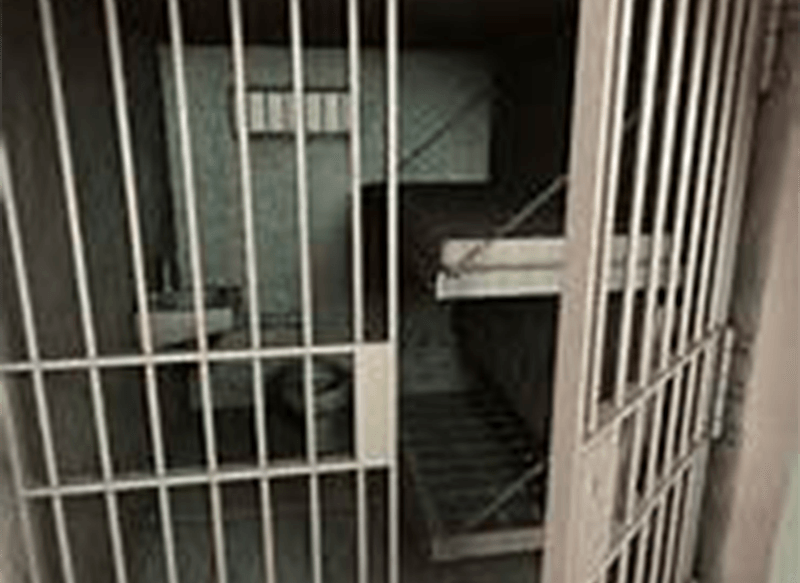