Many states are now considering laws that would strip gun rights from anyone who has been convicted of a domestic violence-related crime or is under a court-imposed protective order, The Associated Press reports.

Driving this are the many instances where women and children have been killed or wounded by known abusers, the report says. 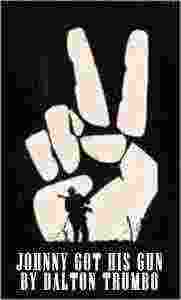 Statistics show that hostile relationships sometimes turn deadly when coupled with the presence of guns, according to the report.

An average of 760 Americans were killed with guns by spouses, ex-spouses or dating partners between 2006 and 2014,” according to FBI data covering all states except Florida and the District of Columbia, says the AP.

While the issue of gun rights remains highly contentious, there is rare consensus among lawmakers and governors in support of restrictions against known abusers, the report points out.

“Domestic violence is definitely an area where there is the most agreement between the gun lobby and gun-violence prevention advocates,” said Allison Anderman, staff attorney with the Law Center to Prevent Gun Violence in San Francisco, says AP.

Over the past two years more than a dozen states have strengthened their laws to keep firearms out of the hands of domestic abusers, and similar proposals in several other states are being debated this year, the report says.

The country’s strongest gun rights lobby, the National Rifle Association (NRA), has shown some willingness to establish compromise. Although they’ve opposed the farthest-reaching measures, they’ve stayed neutral on others, and also have participated in rounds of negotiation, the report adds.

“There is no evidence that simply taking away people’s guns without a fair hearing makes the victims any safer,” NRA spokeswoman Catherine Mortensen said, according to AP.

Many who consider themselves responsible gun owners worry that legislation being proposed “could be exploited by vindictive ex-spouses who level false allegations of abuse,” the AP says. There is a feeling that the laws would be applied too broadly, the report adds.

But for Hollie Ayers, a Pennsylvania woman who three years ago witnessed her 2 ½ year old son shot and killed in front of her by her abusive ex-husband, the proposed restrictions are of common sense necessity. “This is a no-brainer to me,” she says.

Ayers, too, was shot in the leg and face, and her ex-husband killed himself after the rampage, the report details.

Although Ayers had obtained a permanent “protection from abuse” order against him, the judge did not include stipulation that her ex-husband surrender his weapons, even after he violated the protective order, the report says.

“The system failed my son, and I’m going to do whatever it takes to make sure it never happens to another child or another woman,” said Ayers, who is now pushing for a Pennsylvania law that would require people to turn over their guns when judges issue protection orders against them, AP reports.

The federal government is assessing the problem as well. President Barack Obama started 2016 off by strengthening the federal background-check system, which has denied gun sales 120,000 times since 1998 because of domestic violence convictions, says AP.

Under federal law, all felons, anyone convicted of a misdemeanor domestic abuse crime and individuals subject to permanent protective orders are prohibited from buying or owning guns.

States, however, have been enacting their own laws that often match and in some cases exceed federal law restrictions. Gun control advocates are delighted over this, the report says.

Yet there are clear signs of compromise concerning what is certainly a divisive issue. As evidence, “South Carolina and Wisconsin are two states dominated by Republicans and with a strong tradition of gun ownership that have taken steps to restrict abusers’ access to guns,” says AP.

Wisconsin governor Scott Walker signed a law in 2014 requiring that people who are subject to domestic abuse restraining orders turn over their guns within 48 hours, AP adds.

And South Carolina Governor Nikki Haley signed a measure in June 2015 that includes a life ban on gun ownership for the most serious violence offenders, AP reports.