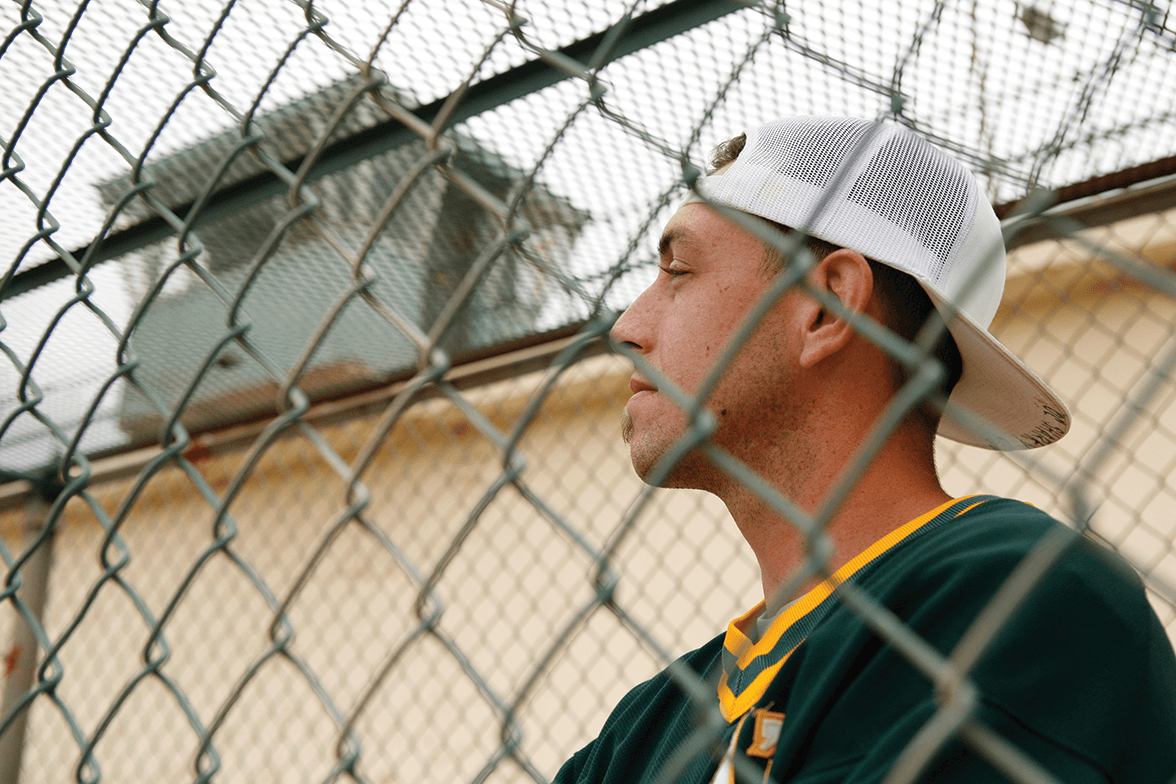 The San Quentin A’s nearly shut out the visiting Rockies, beating them 13-1, by playing as a team.

“We make a living by what we get; we make a life by what we give. It’s a team sport, and we play for each other,” A’s Short Stop Brandon Terrell, who went 3 for 5 with 2 RBI’s, said.

The Rockies’ only run came in the third inning.

At the top of the third, the Rockies scored one run, leaving them down 4-1 with two men on base and one out. The batter knocked the ball toward second baseman Chris “Cutty” Smith, who made a double play.

“The offense hit a line shot, and we turned a double play, me and Branden,” Smith said “I knew I could trust him, and he would be there for the third out.”

In the bottom of the third, the A’s added two runs to their lead.

Terrell led the A’s roster in the third with a base hit up the middle putting him on first base.

Left fielder Leigh Olden, who went 3 for 4 with one RBI, followed up with a base hit which landed Branden on second.

The Rockies threw Anthony “T-Tone” Denard out at first.

Denard said, “Love this team. We played and stuck together through it all.”

“All the players contributed and did good jobs,” Coach John “Yah Yah” Parratt, President of Baseball Operations for the A’s, said. “A short season and this has been the best game so far. Best performance by everybody.”

A’s pitcher Jeff “Duey” Dumont kept the heat on the Rockies. He struck out eight batters by the seventh inning while the Rockies’ defense allowed four more runs.

Rockies second baseman Elvin Vu added, “We’re not making plays and stringing hits is why we are losing.”

A’s Coach William said, “We got a good team; even with the wins and losses we play as a team. Everybody is just trying to have a good time.”

Michael Kremer, who runs the baseball program and is head coach for the Rockies, said, “I give credit to the A’s offense for their lead.”

He also said this about his organization, “We’re excited for another year at SQ baseball. I’m excited about the team’s chemistry and them coming together. I’m really focused on the way everybody is focused in on team unity and the interest of each other.”

He invites anyone who wants to participate in the baseball program to do so by contacting the regional director at SQ.