Guards’ misconduct of overt racism and excessive force on inmates at High Desert State Prison in Susanville was revealed in a state investigation.
The disclosures are contained in a 120-page report by the Office of Inspector General (OIG) published in December. The investigation was ordered by the Senate Committee on Rules in the wake of numerous complaints. 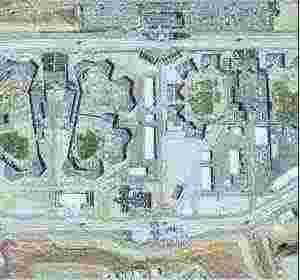 “I don’t think anyone expected it (the Inspector General’s report) to be as scathing as it was,” Hans Hemann, chief of staff for Sen. Loni Hancock, D-Berkeley, told the Los Angeles Times.
The OIG reported a mixture of misconduct, but the Senate committee “specifically requested the OIG review practices related to excessive use of force against inmates.”
During the course of the Senate-authorized review, the OIG reported that its staff ran into “significant opposition from the union.” It said the union made attempts to impede OIG informational, non-disciplinary interviews aimed at uncovering the veracity of allegations that the integrity of the correctional profession and the advancement of public safety at High Desert have been compromised.
The union’s “only interest in this matter is to make sure correctional peace officers’ constitutional and statutory rights are protected,” Nichol Gomez-Pryde, spokeswoman for the California Correctional Peace Officers Association, told the Times.
“In its request, the Senate committee reported that a number of allegations surfaced that raised concerns about the safety of both inmates and staff,” the OIG report said. “As part of this review, the OIG requested the California Department of Corrections and Rehabilitation’s (CDCR) Office of Internal Affairs immediately open expedited investigations into each allegation.”
The OIG reported High Desert turning over six different wardens or acting wardens in the last eight years and that the various yards, housing different security levels of inmates, operate independent of each other.
“No two yards at High Desert have the same mission,” it was reported. “The conflicting missions at High Desert make it difficult for vulnerable inmates, whether by commitment offense or disability, to program safely.”
The report said there is evidence that a perception of indifference toward inmates exists at High Desert, and it is made worse by geographical isolation, the high stress environment and the guards’ union that opposes oversight.
“We do not tolerate staff misconduct of any kind and will take appropriate action to hold all employees accountable,” said then-CDCR Secretary Jeffrey Beard in a written statement, the Times reported.
The OIG said inmate attempts to file grievances through the inmate appeal process presents problems for inmates because the system at High Desert is not functioning effectively and the process to file complaints about staff is broken.
“Very few staff complaints were referred for investigation, and those that were referred have not been adequately monitored and tracked for response,” the OIG reported. “High Desert does not have a process for addressing officers who are repeatedly accused of misconduct by different inmates.”
The OIG reported cadets from major metropolitan areas in California, who graduate from the academy and are assigned to work at High Desert, leave as soon as they can transfer to another institution.
“Working around such dangerous individuals on a daily basis can be a highly stressful experience,” the OIG reported. “CDCR does not have a program that adequately trains its staff or gives them the tools to cope with working in such a stressful environment.”

The prison guards’ union’s mission is “to promote and enhance the correctional profession, protect the safety of those engaged in corrections and advocate for the laws, funding and policies needed to improve prison operations and protect public safety.”
“Interviews of staff formerly assigned to High Desert indicated the existence of tight-knit social groups among employees, commonly referred to as ‘cars’ within the correctional community,” the OIG reported. “Unlike any other locale, High Desert staff live in a true ‘prison town’ where they cannot disassociate from the job. The pressure to conform to the prevailing norm is tremendous.”
The OIG revealed groups of High Desert employees who socialize outside of work often comprise supervisors and guards who work in the same housing units and during the same shifts.
“Many of the staff are actually related,” the OIG reported. “Spouses, siblings and cousins are often employed at one or the other institution, literally creating ‘family’ ties.”
Inmates who were interviewed, formerly housed at High Desert, reported common allegations of overt racism at High Desert, the report said. Some former inmates said the racism they experienced at High Desert was worse than what they experienced at any other CDCR institution.
“Officers called inmates the N-word or wetbacks,” former inmates reported to the OIG. “Black inmates wouldn’t get enough time to eat,” “the officers would ‘kick’ the Blacks out of the chow hall first and then the Hispanics.” And, “the White inmates didn’t have to leave; they were running the kitchen.”
Other inmates reported to the OIG that “the White staff were very racist and bigoted, not just toward inmates but also toward officers that were of a different race.”
Jessica Pishko wrote an August 2015 article for Rolling Stone magazine titled, “High Desert Suicide: Was a Prison Guard Hazed to Death?” According to the OIG report, the article “explores the events leading up to the 2011 suicide of a High Desert correctional officer,” suggesting harassment.
The OIG reported that over a 12-month period, there were many instances in which the hiring authority failed to refer cases of serious misconduct to CDCR’s Office of Internal Affairs.
Former High Desert inmates who were interviewed said staff would disclose the commitment offense of inmates to other inmates which would place their safety in jeopardy. These inmates said staff told inmates about other inmates who were sex offenders, or provide them with access to the Strategic Offender Management System (SOMS), where electronic classification documents containing inmate records are stored.
The OIG report quoted a former High Desert staff member who said, “Inmates take a very dim view of other inmates who have committed various crimes, mostly sex offenses. And they tend to target them for assaults, for extortion, for a whole variety of negative actions.”
The OIG made many recommendations to CDCR, including:

The report recognized that the guards at High Desert are always on high alert and go into the prison with an “us versus them” mindset. This, according to the OIG, creates an atmosphere of “if you aren’t for us, you’re against us.”
The OIG report said depriving inmates of procedural justice, having them feel there is no remedy for mistreatment because the grievance process is inadequate with the perception that staff misconduct is not addressed, “there should be no surprise that violence erupts.”
“Add to that a labor organization (CCPOA) that values the brotherhood of silence over the professionalism of its members, and you add another level of legitimacy to a negative culture,” the OIG reported. “The irony is that this very culture endangers the staff working at High Desert as much as anything else.”
“First, we want to note that there are dedicated, hardworking and conscientious staff that make up the vast majority of the workforce at High Desert,” the OIG said. “They come to work every day and do the best they can in a very difficult job.”
The OIG concluded saying many of the specific instances of misconduct and even some of the pervasive indifferent treatment of inmates can be narrowed down to a small percentage of active participants, many of whom are currently under investigation.
The CDCR activated High Desert in 1995 adjacent to the grounds of the California Correctional Center (CCC), in Susanville.
The full OIG report can be accessed at www.oig.ca.gov