Secretary Scott Kernan of the Department of Corrections and Rehabilitation listened to suggestions from San Quentin inmates about awarding time reductions to rehabilitated inmates, but Kernan’s March 24 plan included none of the inmates’ proposals.

Kernan was a guest at a mid-February discussion attended by a number of inmates. Symposium host James King said, “At its core, preparing for this symposium has been an opportunity for our student body to explore its rights and responsibilities as citizens,” referring to the prison college program.

He added, “We have a unique perspective on the criminal justice system and an intimate understanding of what this institution does well as well as seeing people who sometimes fall through the cracks.”

Proposition 57, passed last November, changed California’s constitution, giving Secretary Kernan the discretion to award time-reduction credits as he sees fit. As later published, Kernan’s plan did not include recommendations made to him at the symposium.

Kernan decided to give credits to disciplinary free inmates and those taking self-help programs. Kernan’s plan also considers certain non-violent offenders for early parole. Only inmates on Death Row and those serving life sentences without the possibility of parole do not qualify for Kernan’s plan.

On April 13, the Office of Administrative Law approved the Prop. 57 emergency regulations. The approval means the emergency regulations are in temporary effect, and will remain in effect for 160 days from the date of approval. During this time, CDCR will complete the public participation requirements in state law for permanently adopting regulations. CDCR will publish a public notice. Following this notice, a public comment period will begin for a minimum of 45 days. Implementation of the Good Conduct Credits began on May 1. Good Conduct credits are not retroactive. The new parole consideration process for non-violent offenders is expected to go into effect on July 1. Milestone Completion, Rehabilitative Achievement, and Educational Merit credits are expected to go into effect on Aug. 1, 2017.

The prisoners gave a number of testimonials asking for a more generous approach in applying the guidelines. 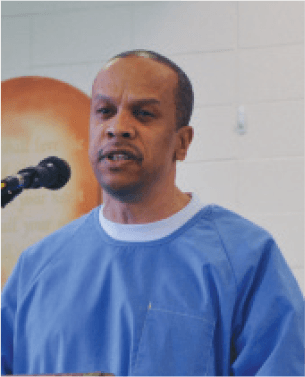 “…the mood in the room changed swiftly when the secretary described his thoughts on how Prop. 57 should be interpreted”

Afterward, Kernan said, “The thought-provoking stories are ones of maturity of someone who’s grown and could get out of prison and contribute to the community.”

King responded, “From the beginning, the vibe in the room reflected the optimism that many incarcerated people have been feeling since Prop. 57 was passed. For the first hour, I felt even more encouraged as a series of incarcerated speakers spoke about the need for good-time credits and milestones for a wide variety of programs that hadn’t offered them before.

“But, the mood in the room changed swiftly when the secretary described his thoughts on how Prop. 57 should be interpreted: no consideration for early release for non-violent three-strikers; no retroactive milestones, except for college and certain programs; most programs, like Victim/Offender Education Group, TRUST, GRIP and the like, are not retroactive. Graduates will have to take the program again, and the waiting lists for them are up to five years.”

Tim Thompson, 41, is serving 30 years to life on a three strikes sentence. He has been incarcerated 22 years.

“I realize that this is a tough sell and that evidenced-based parole consideration for most may never happen,” Thompson said. “But in the two plus decades of being at the forefront of what’s wrong with our prison system, I can say with confidence that if we don’t want to be here two years from now, debating another clone bill that excludes people based on the false labels of ‘serious’ or ‘violent,’ we have to do something different this time.”

Harry Hemphill told a story about what it’s like for him in the inmate visiting room.

“Often, during those visits, I see one of the most heart-wrenching scenes replayed over and over. And that is the picture of anguish, distress and pain on the faces of small children as their visit ends and their fathers are torn out of their lives once again,” Hemphill said, emphasizing the need for family re-unification.

Hemphill’s presentation also focused on the value of spiritually based programs and how the opportunity for programming should always be available for inmates.

“I would ask that those who are drafting the Prop. 57 regulations extend Milestone Credits and credits of achievement to non-traditional programs such as the spiritual-based programs,” Hemphill said. 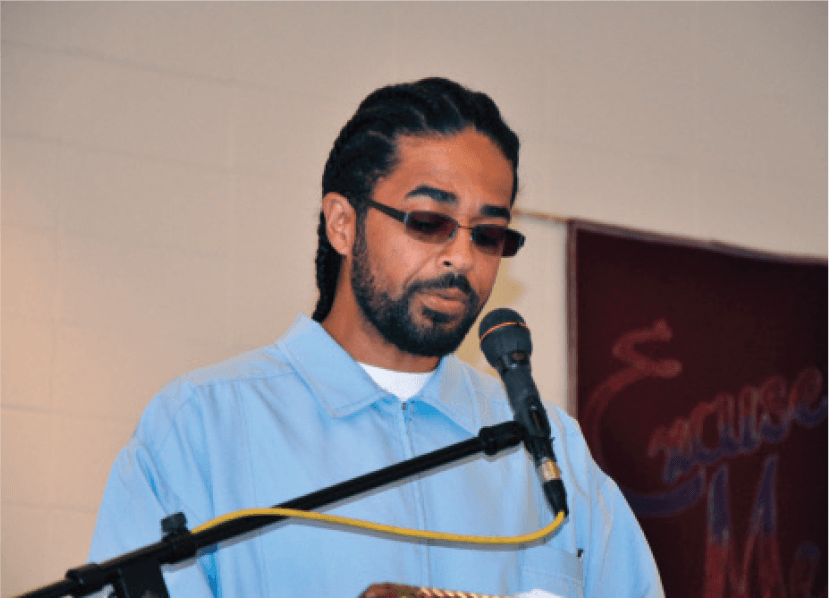 Larry White is serving a 25-to-life sentence. He has been incarcerated 22 years.

White talked about the power of community healing at San Quentin. He said that all of it was possible through the outside community volunteers who continuously come into the prison to teach, reaffirm and aid in rehabilitation.

“This culture of community has created new men that stand as assets to society” White said. “We are a skilled vocational work force. We are an army of mentors for at-risk-youth; we are family leaders; we are writers; we are artists of every kind, and we are entrepreneurs, all looking to do our part, to give back to society and stimulate the economy.”

“Grouped with other training, they’ve learned how to overcome the type of thinking that leads to criminal activity. So, irrespective of their commitment offense, they work through a network of programs to return to society as better citizens.” 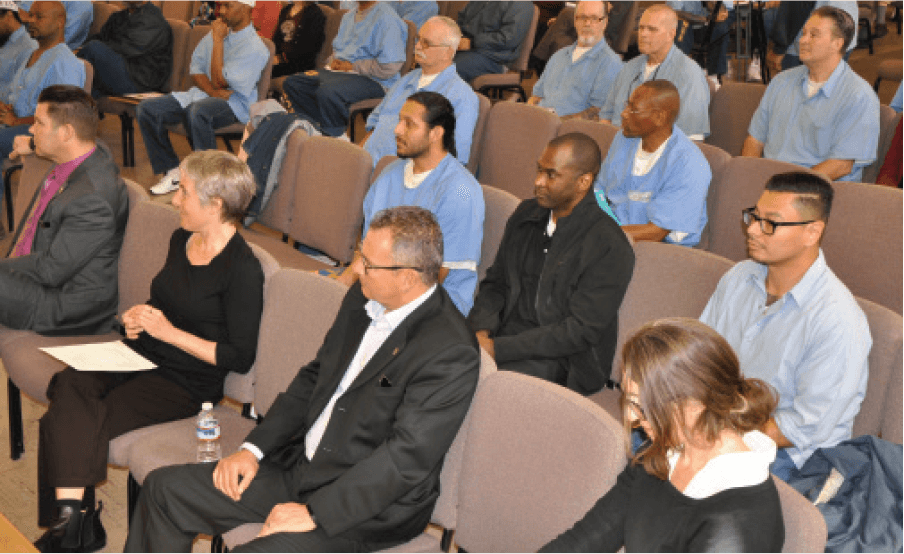 King said he believes Governor Brown supported Prop. 57 “to fix a cruel and unusual situation that he helped create during his first term as governor,” adding, “If Prop. 57 is implemented in the manner that Secretary Kernan described at the symposium, it will not follow the intent of the voters. Instead, it will be yet another cosmetic change to a system of mass incarceration in this state.”

“There are people that have done extensive rehabilitation before Prop. 57 was passed who will not receive milestones,” King said. “It devalues the work they’ve already done, and, it sends the wrong signal. If the CDCR is serious about releasing people who are no longer a threat to public safety, they should make the milestone retroactive so that people who have done the work can be vetted for release.”