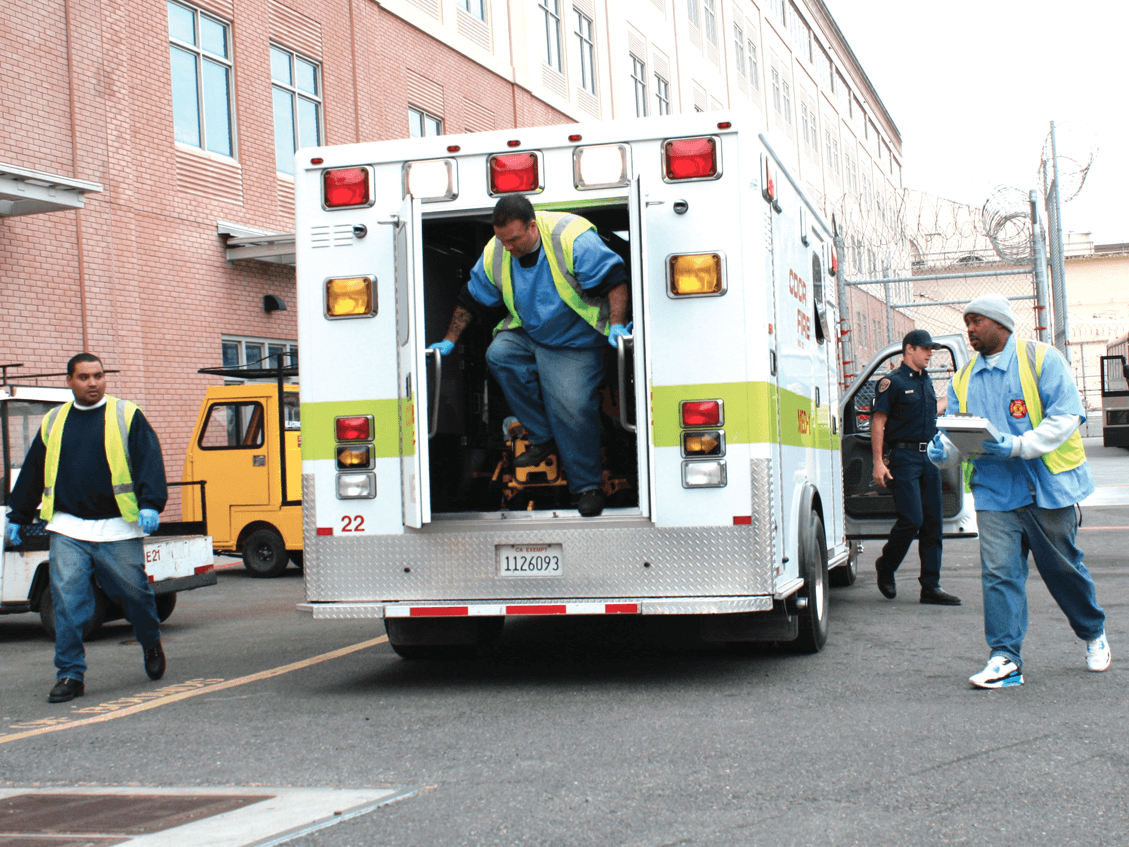 Pedro Cruz David Clifford Captain Spencer and Rolon Morris are on the job in front of SQ medical center.

Working, drawing and preliminary plans are budgeted in at $3.6 million and will probably be completed at the end of 2019,” Bill Sessa, spokesman for the California Department of Corrections and Rehabilitation (CDCR), told the Chino Champion newspaper.

He noted there is a shortage of mental health beds in Southern California.

CDCR is required by law to provide mental health care to inmates, from counseling to medications to crisis beds, Sessa said.

The proposed facility would be located at the California Institution for Men in Chino, the March 31 story said.

The 48,000-square-foot hospital would be built inside the prison and will cost $56.6 million, Sessa said.

There are currently 373 beds for mental health patients in CDCR prisons, Sessa said.

Local opposition has surfaced in the past over such plans.