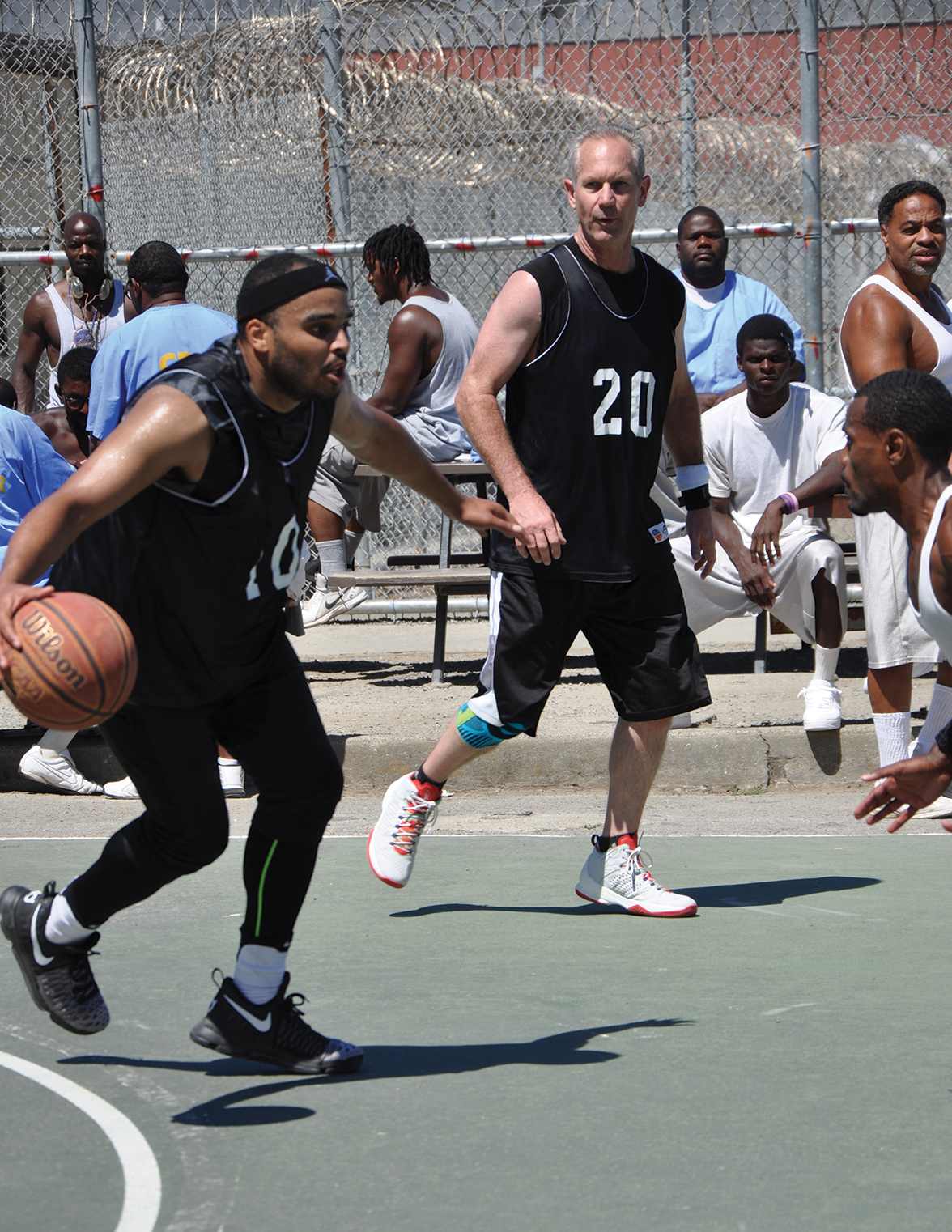 At halftime, the visiting Outsider basketball team was losing 40-25 against the San Quentin Kings, but they came back to within two points in the fourth quarter and missed three chances to win the game.
“We turned it up!” Outsider guard Brandon Hargrave said. ”It was a great game, unfortunately not in our favor.”
Hargrave led the Outsiders in the comeback that fell a point short.
The Outsiders tried to start their comeback run in the third quarter where Steve Watkins nailed two threes. However, Demond “Oola” Lewis answered with threes both times, keeping the Outsiders in the rearview mirror.
In the fourth quarter, Hargrave led the way. He mugged Oris “Pep” Williams and went coast to coast for an and-one, which made the score Kings 69, Outsiders 64. There was 2:49 left on the clock.
Williams answered from the free-throw line after a foul call. He made both, which put the Kings back up 71-64.
Then new Outsider Ryan Guerrero nailed a three pointer in the face of a King defender.
The Outsiders fouled Lewis to stop the clock, but he missed both free throws.
Again Hargrave scored, to bring his team within two at 71-69 with 57 seconds left.
Guerrero stole the ball from the Kings and passed to Hargrave. Kings guard Joshua “JB” Burton tried to wrestle the ball from him, and the referees called a jump ball.
The Outsiders won the tip. Hargrave was fouled but he missed both free throws that would have tied the score.
He recovered the ball on a steal and passed it to Outsider sponsor John Brewster, who missed a wide open five foot shot.
“It was like a five footer, and I shot it like a 6 ½ footer,” Brewster said.
Burton missed two free throws after an intentional foul, which left the Outsiders another chance to tie the score or win.
Hargrave went to the rack, but King’s center Jason Robinson grabbed his arm, which sent Hargrave to the foul line.
He made one of two free-throws, which left his team down one point at 71-70 with seven seconds left.
Robinson led the Kings with 17 points.
Hargrave had the ball and the game in his hands. He went up with two defenders on him, kissed the ball off the glass, but it did not go in.
Hargrave finished with 19 points.
“We didn’t want to lose by 30,” Outsider Center Watkins said. “A close game is what it’s all about.”
The lost made the Outsiders 2-1 against the Kings and the Kings 3-9 overall.