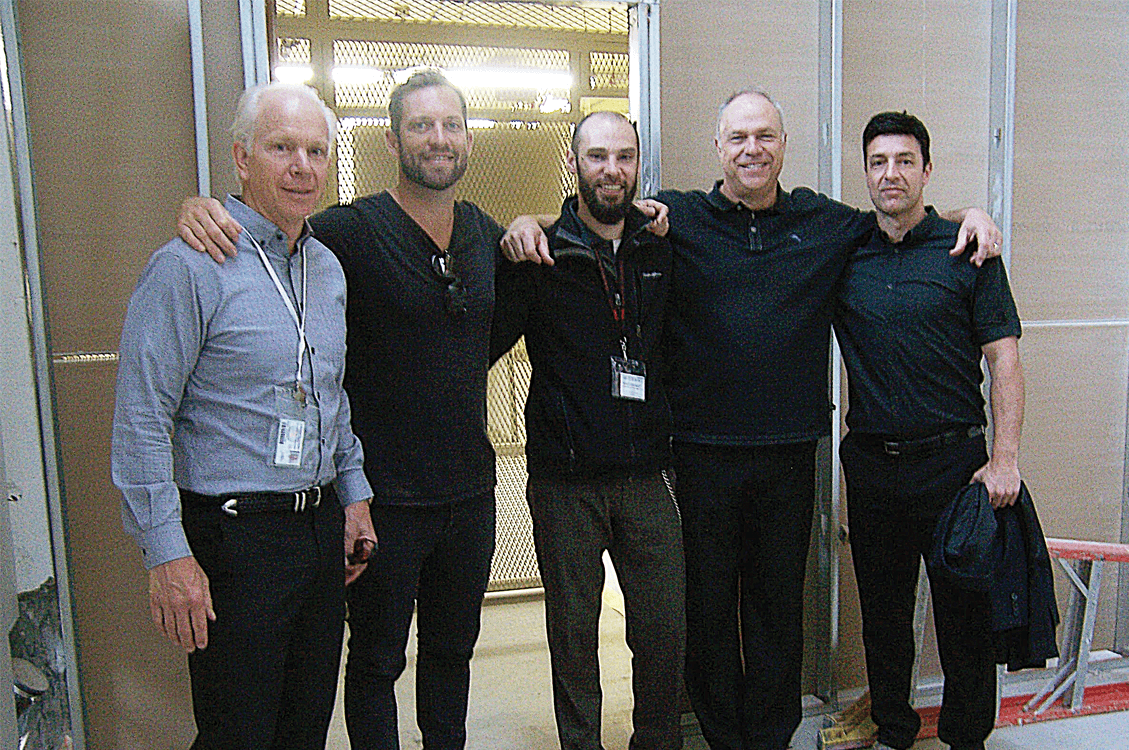 Sebastian Terry makes a living out of only doing things that make him happy. He came to San Quentin on Oct. 5 to share his mantra with a classroom of incarcerated computer coders, teaching them that if you “dream it, wish it, do it,” you can lead a fulfilling life.

“The very reason you’re in this room is that you’re pursuing your dreams,” Terry told the inmates in the coding school, Code.7370.

Redlitz and Parenti invite business professionals like Terry to work with inmates in California prisons in order to “bridge the gap between the penal system and the technology sector,” prison officials said in a press release about the two business professionals. The venture capitalists invited Terry after they saw his inspiring story on ESPN’s Sports Center.

During Terry’s visit to the prison, he presented his approach to life, an approach he calls 100 Things. 100 Things helps participants identify meaningful goals and guides them through the steps to achieving them.

Terry said the whole idea came after a close friend died. He felt that even though his friend died young, in his 30s, he had lived a happy and wholesome life. The friend’s life and untimely death made Terry question himself.

“If I were on my death bed, would I have any regrets about my life?” Terry asked himself. “What would I have done that would have made me happy?”

Terry said he took a pen right then and there and wrote down everything that makes him smile. The list gained momentum. He dropped everything he was doing and started pursuing activities on the list.

“Kids know what happy is, but when we get older, we lose that”

Number two on the list was to marry a stranger in Las Vegas. It was not the most romantic affair – a 24-hour wedding, to a willing stranger — but he did it all the same.

“It seems kind of stupid,” he said. “But it was the first time that I’d identified a life goal that seemed important to me, and I did it.”

Terry said he feels extremely happy about his journey, which he has been on for the past eight years. “This is not about a bucket list — it’s about purpose, growth and connection, especially connection to self — getting out of your comfort zone,” Terry said.

He also recounted a tale of being on the red carpet at the Cannes Film Festival in France. “I didn’t even know if what I was doing was legal. I could have got tased. I was sweating. I was scared. My heart was beating fast. At that moment, getting on the red carpet, I felt like the most successful human, ever.”

Terry said that after getting to the 72nd thing on his list of 100 things to do that would make him happy, he met a man named Mark, who was paralyzed by a tick bite, confining him to a wheelchair.

Mark asked Terry if he could shave his head, help him run a half-marathon and a bike race. To do this, Terry had to train for four months, but he says the experience of helping Mark was life-changing for him. He decided to work to help people achieve their dreams.

Terry said that helping Mark has been the greatest thing he’s ever done. The two are now very close friends.

Terry is currently being approached by people all over the world for help. He said that he has had to change his life and business model from being a person who asks for help to helping people who need aid finding their happiness.

After the presentation, Terry told the inmates that they have to give themselves permission to do what makes them happy. Then he asked the inmates what would be on their lists.

Sebastian Terry talking to the students of Code.7370

“It could be anything; that’s the beauty of it,” Terry said.

The inmates had a wide variety of dreams. Among other things, they wished to go to Mecca, to run a marathon in San Quentin, have a family, dance on Broadway, play a complicated piece of music on piano, visit Machu Picchu, skydive, scuba dive and river raft on the same day, interview a member of the KKK—even one of the staff teachers chimed in saying because of his shyness, he’d like to start a YouTube channel.

Terry said he was amazed at the range of ideas presented in the classroom.

“I’ve done this exercise in a corporate environment, and there’s dead silence,” Terry said. “But when I go to an elementary school, full of kids, they come up with all kinds of things that they know would make them happy. Kids know what happy is, but when we get older, we lose that.”

Terry stressed that the move toward happiness can be simple – can be made up of small steps. “Dreams do not require money,” he said. “We are here to do the things we dream to do.”