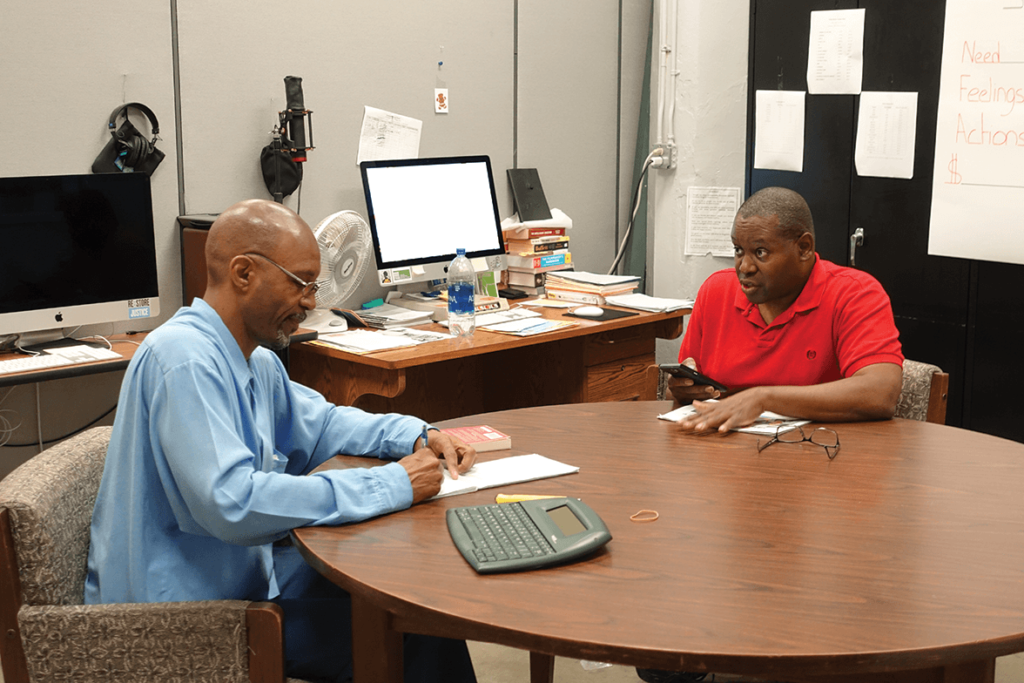 By some accounts, High Desert State Prison is one of California’s most notorious penitentiaries. Warden Marion E. Spearman wants to clear up that impression. He argues that the prison, its staff and inmates have undergone change. It’s no longer a prison that just houses young men with youth management problems.

“There’s a new vision and mission for High Desert State Prison,” Spearman said. “The staff lives up to that (challenge).”

According to Spearman, High Desert is now about rehabilitation, a safe environment, healthcare, teaching skill sets, reintegration into communities, and reducing recidivism.

Spearman said he’s proud of the work his staff has been doing to eradicate the culture of violence at the Susanville prison, located in the Sierras.

“The old High Desert is eroding away,” Spearman said.

Spearman said inmate-on-inmate stabbings and  use of force incidences involving correctional officers have been on the decline.

The year before Spearman arrived, there were three inmate-on-inmate homicides. The following year there were four. In 2017 there were none.

Spearman said over the last year, High Desert has launched rehabilitative programs in its different facilities. Because of that, he said some inmates have “tapped out” of involvement with criminal behavior in the prison.

“When a man has hope, he tends to carefully evaluate his decisions in prison,” Spearman said. “These (inmates) do want to avail themselves to whatever they can do to be a good person.”

“We want more productive programs,” Spearman added. “I’m appealing to anyone who would like to give back or help those incarcerated—any entrepreneurs in California or the United States.”

He also said he wants people on the outside to help him facilitate the rehabilitation of maximum security inmates.

In December 2015, the Office of the Inspector General (OIG) released a 120-page report on the prison. The report described claims of misconduct by staff, such as overt racism and excessive use of force on inmates.

The California Senate Committee on Rules ordered the OIG report after numerous complaints were filed by inmates.

“I don’t think anyone expected it (the report) to be as scathing as it was,” Hans Hemann, chief of staff for Sen. Loni Hancock, D-Berkeley, told the Los Angeles Times.

The OIG concluded that the misconduct by staff was traced to a small percentage of active participants, many of whom were currently under investigation.

Spearman didn’t dispute the OIG report, but added that 90 percent of the inmates at High Desert want to do their time and go home. He said it’s the other 10 percent who continue to engage in criminal activity, weapons and contraband.

When the OIG released its report, then-California Department of Corrections and Rehabilitation (CDCR) Secretary Jeffrey Beard said in a written statement, “We do not tolerate staff misconduct of any kind and will take appropriate action to hold all employees accountable.”

The Association of State Correctional Administrators (ASCA) also looked at High Desert. Its findings were later submitted to CDCR as a 115-page report in September 2016.

“It is widely believed among High Desert staff that the warden (Spearman) was sent to High Desert to fire people,” the report said. “That belief was reinforced when he terminated several employees shortly after he arrived.”

Spearman, however, was “carrying out decisions that had been made well before he came on the scene,” the ASCA report said.

“High Desert has had 15 wardens in the 21 years of its operation,” the ASCA report said. “This turnover at the top has left the staff without a clear sense of direction, and in particular unaware of the change toward rehabilitation in the Department’s mission.”

“A leader can have a vision, but if staff doesn’t embrace it, it won’t work,” Spearman said. “Staff have made it work. They’ve embraced the rehabilitation concept.”

He said they’re no longer focused on “just housing youth with management problems.”

According to the ASCA report, “Several senior staff commented that they like the Warden’s style much more than that of his predecessors.”

However, the ASCA report noted that some staff felt “betrayed because (CDCR) headquarters did not respond more defensively to the OIG report.” Some example of comments in that report were:

“Shame on HQ for not defending us.”

“We do our best to maintain the line between order and anarchy and are criticized for it.”

“We’re seen as evil and are being attacked and our leaders aren’t defending us.”

“I took the OIG report personally both as a community member and an HDSP officer, and I’m really pissed that there was no public response from HQ.”

“It really hurt and upset staff bad,” Spearman said of the OIG report.

“In March of 2016, CDCR Secretary Scott Kernan requested ASCA to conduct its independent assessment of High Desert,” the report said. “The request was based in part on conflicting reports Secretary Kernan had received from his agency and stakeholder groups.” 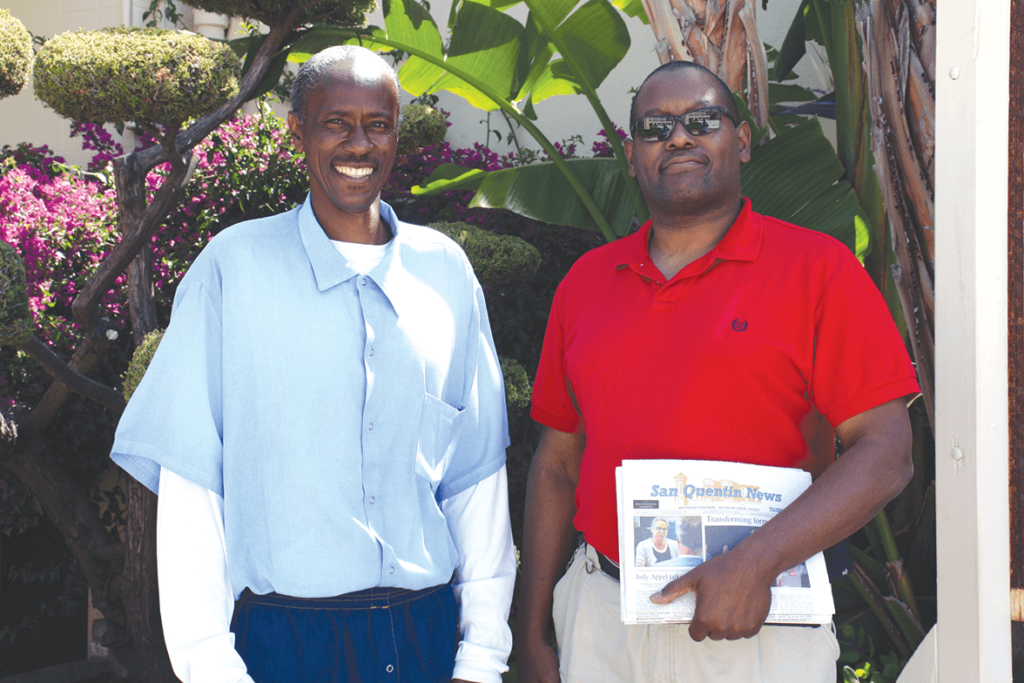 SQN Editor in Chief Richard Richardson with Spearman at the Garden Chapelpractices.

Since then, Spearman has been on a mission to set the record straight, not only to defend his staff but the institution, the prisoners who want to program, and the Susanville community.

Spearman became Warden of CTF Soledad in 2012. On January 18, 2016, he accepted a lateral transfer to High Desert. Spearman holds a BA and MA in criminology from California State University Fresno.

Spearman said he has requested the OIG to do a follow-up review on the prison and welcomes the outcome, because things have changed during his time as Warden at High Desert State Prison.