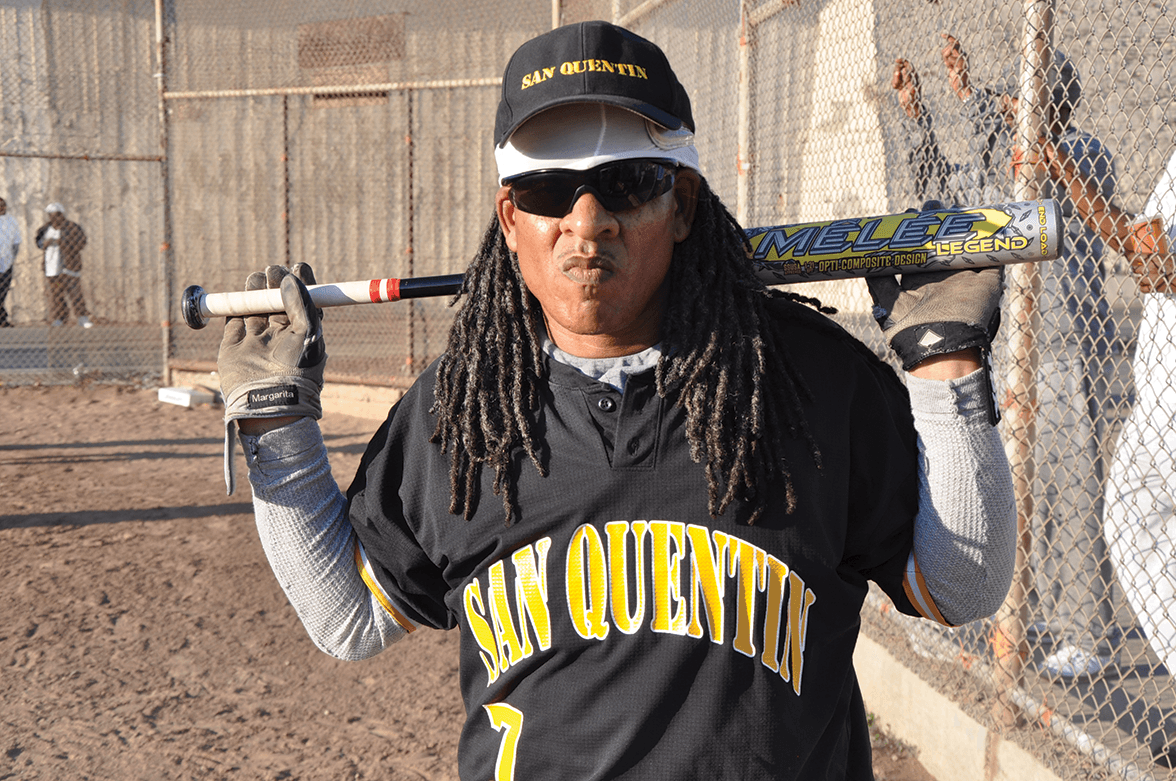 The Prison Sports Ministry softball team jumped out to an early lead but the San Quentin Hard Timers rallied back to win 18 to 11.

In the 1st inning of the June 17 game, Prison Sports Ministry took a 5 to 3 lead.

Three year veteran Tyler Moore of the Ministry tried to repeat a deep hit to center field he made last month on the same diamond.

“I was trying to repeat that this game,” he said. “ It’s not just the competition of the game, it’s the fun. This is the most fun of any softball league I ever done, coming up here to San Quentin.”

The Prison Sports Ministry team comes to San Quentin to play softball with the incarcerated men and have fun, but its true purpose is to share and inspire hope.

More than a third of millennials say that if a man compliments a woman’s looks it is harassment, according to a recent survey by The Economist/YouGov reports The New York Times 1-17-18.

I just wanted to share the good news to the guys,” David A. said.

The Hard Timers team started receiving good news by the 3rd inning when their offense started picking the Ministry’s defense apart. One player hit a triple to score a man in and several other team members followed suit with multiple runs batted in.

Both teams defense prevented any scores during the 5th and 6th innings.

RJ Hill of the Hard Timers stopped a flaming hit to second with a dramatic diving catch.

“We started off sluggish…” he explained, “and our pitching was off, but, we picked up and flowed. I got that hot hit to second and I knew I had to lay it down to get that out to end the inning.”

In the 8th inning, Ministry new comer Branden Vanvliet smacked an in the park homerun but, it wasn’t enough.

“Their game is just better than I thought,” Vanvliet said. “But these guys are easy to get along with and I’m looking forward to coming back. I hope I made a good impression on the guys and showed them God’s love.”

The score was 18 to 11 in the 8th inning and the Prison Sports Ministry knew that it would take more than a miracle for them to come back from such a large deficit.

“There’s a lot of great guys with good attitudes here and I definitely look forward to coming back and I’m a try to influence a couple more guys from the outside to come back in with me,” Warwick said.

Hardtimer third basemen Juan Arballo caught a  line drive that hit the glove with a smack.

“I usually catch between my thumb and pouch of my glove but this time I caught it with just the pouch, and it hit hard,” Arballo explained. “It felt like self-defense.”

The game ended with the Hard Timers up seven runs.

Arballo laughed as he continued, “I consider it a blessing here at San Quentin to have the privilege to play against outside volunteers who give their time to come play us.”