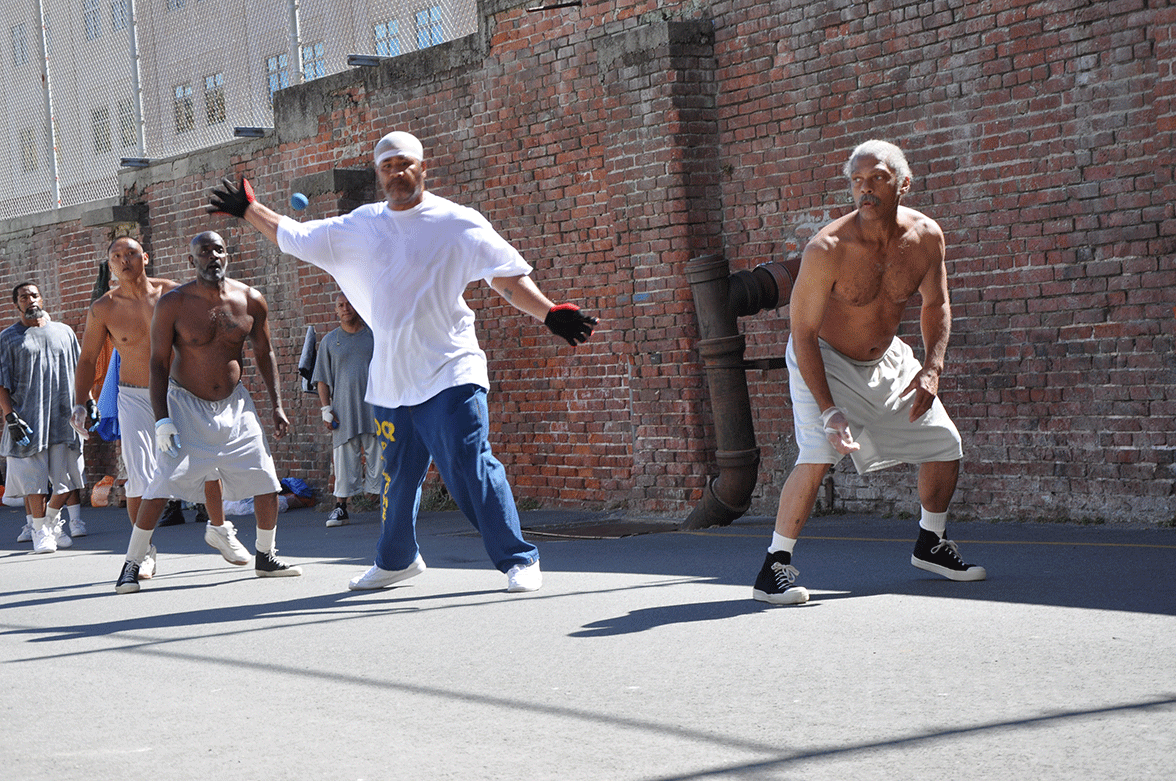 David Mageo and L.Davis playing against each other

San Quentin’s handball court consists of a corridor wall outside a gym entrance, where there is only room for one game at a time. Some of the yard’s best handball players lined up along that wall for the camaraderie of the Thanksgiving Holiday Tournament doubles competition.

“The guys that show up, these are the players,” said Jeff Williams, who won the tournament with partner B. Burton. “They enjoy the game; that’s what we’re here for.”

The secret to winning the tournaments seems to be playing with Williams, who has won four, playing with a different partner each time.

Eight teams battled to reach the finals in one game elimination rounds to 15 points.

“Beside a workout, it’s fun,” player Eric Post said. “When all the ones with some game come out, it’s even more fun.”

In the semi-finals, Cedrick Shaffer and David Mageo defeated Post and Jamar Smalls, 15-12, to get to the championship.

Williams and Burton destroyed Walter Spraeka and L. Davis, 15-7, to meet Mageo and Shaffer in the finals.

Davis had just returned from a family visit.

Mageo said he loves playing handball because “it knocks out a lot of time, and it’s therapeutic when I whip a**.”

All involved enjoyed the day and wish for more like it.

“Handball releases stress. It’s a good workout, gives me a sense of worth, and it’s something positive to do,” Spraeka said. “I just wish we had more handball courts.”