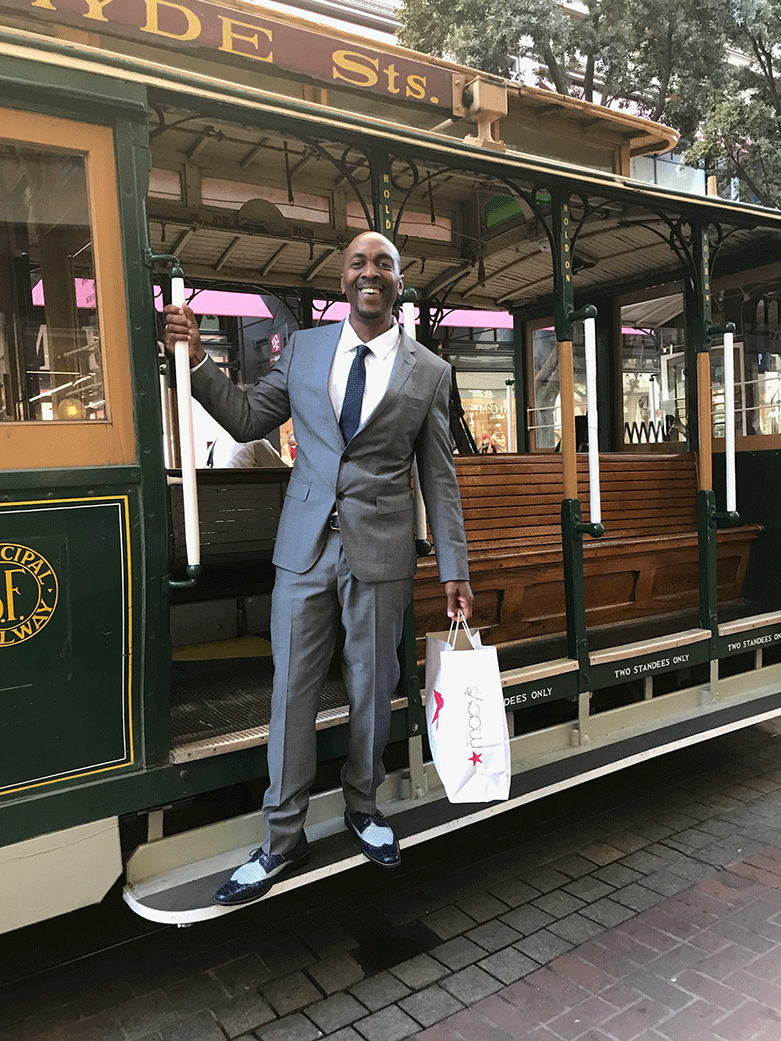 At age 19, having grown up in Los Angeles, Corey Willis was a gang member and a criminal who sold drugs. On the streets, he answered to the moniker “C-Money,” and responding to the demands of street life, he killed a man.

Willis was sentenced to 15 years-to-life for second-degree murder, with a two-year gun enhancement. It’s not uncommon for an inner city kid. A case like his is typically closed, and that’s how the story ends — but not for him.

“The crime starts in your mindset,” said Willis. “We tell ourselves what we need to hear in order to feel good about ourselves, in order to continue on in that destructive thinking. Distorted beliefs had me believe ‘shoot first, ask questions last.’”

Today, Willis, now 48, is a free man. But his mindset cost him nearly 30 years behind bars. Before paroling from San Quentin State Prison on Nov. 6, he was chairman of the self-help group Criminals and Gangmembers Anonymous (CGA), which held its latest graduation the day after he paroled.

About 75 inmates from different CGA classes attended this early evening event held in the prison’s Protestant chapel. They began with a moment of silence for the 26 victims killed in the mass shooting in Texas, and then they recited the Serenity Prayer.

“The Serenity Prayer is a very unique prayer for CGA,” said inmate Tony “Pup” Waldrip, one of the group’s founders and facilitators. He asked the men to think about what the prayer means. He reminded them, “We are the people who changed the way America does business,” by incarcerating criminals, adding that now they’re causing change to occur again, but in a positive way. 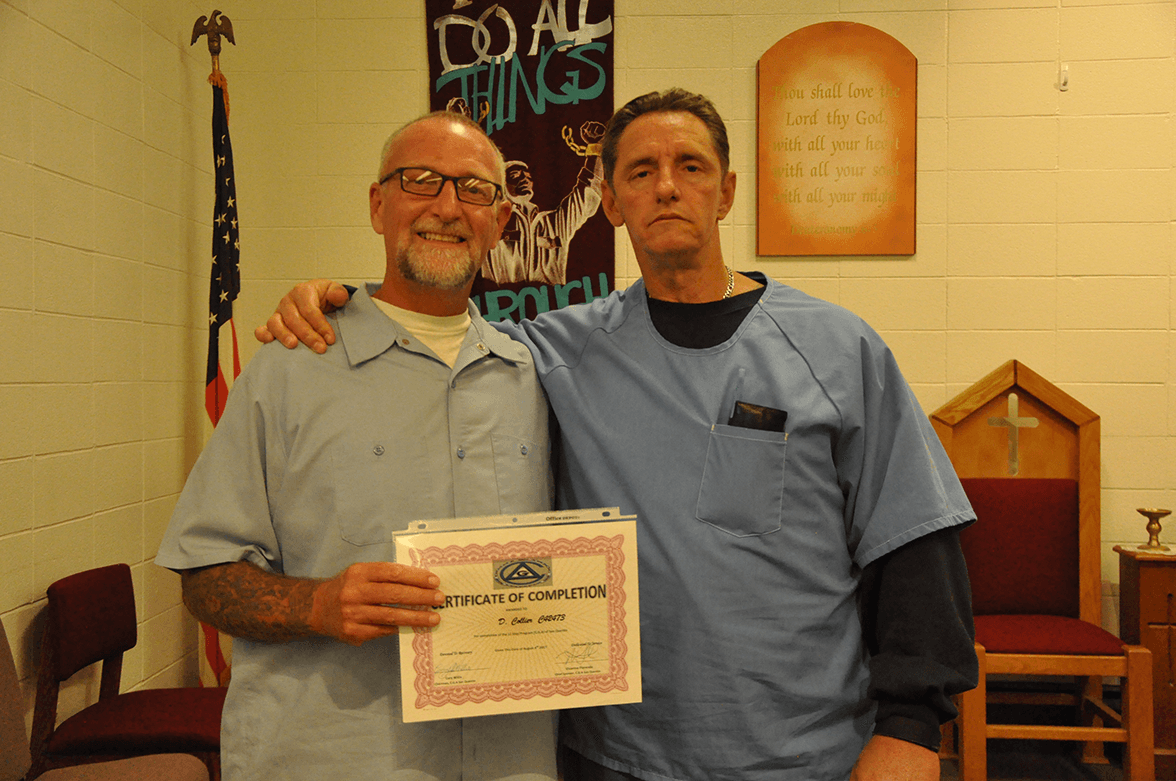 “It takes wisdom and courage to pursue change,” said inmate and group facilitator Kenzo Jackson, 44. “This is a lifelong recovery,” he told the men after thanking the group’s outside sponsors.

More than a half-dozen facilitators took the stage and presented the CGA graduates with certificates of completion. The audience applauded them as they approached the stage. It was a festive atmosphere, and the men appeared pleased with their accomplishments.

“I’m glad I completed this course because it gave me a chance to look at myself,” said Jack Benfield. He said it was more than about not committing crime. “I had to change who I was.” 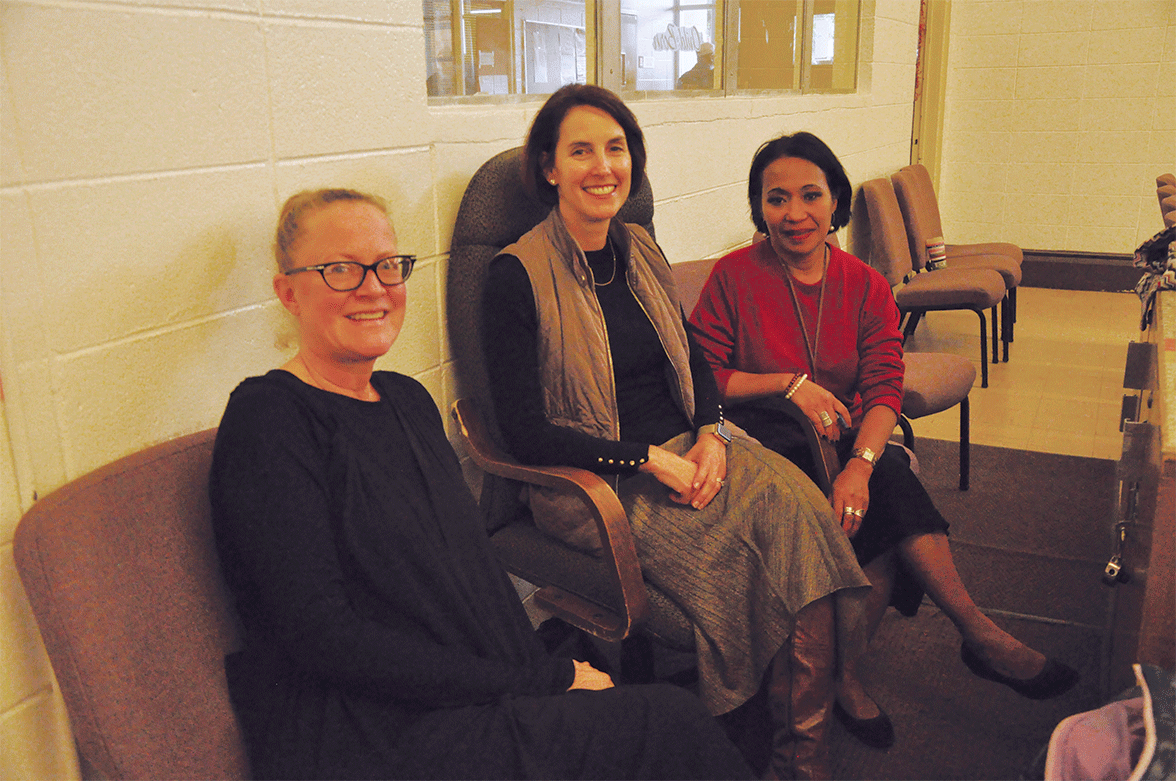 The CGA program is modeled after the Alcoholics Anonymous 12-Step program. The men are taught from a 37-page booklet as they learn about “lifestyle addiction to criminality,” cycles of addiction and the impact it has on victims and offenders, among other subjects.

For example, Step 6 discusses a CGA member’s “personal commitment to abandon (their) defects of character to practice decent, reasonable conduct through daily actions and behavior.” They also use a Checklist of Flaws and Assets to evaluate themselves.

“There is no right way to do wrong,” said Waldrip. “CGA works. But it only works if you really use it.” 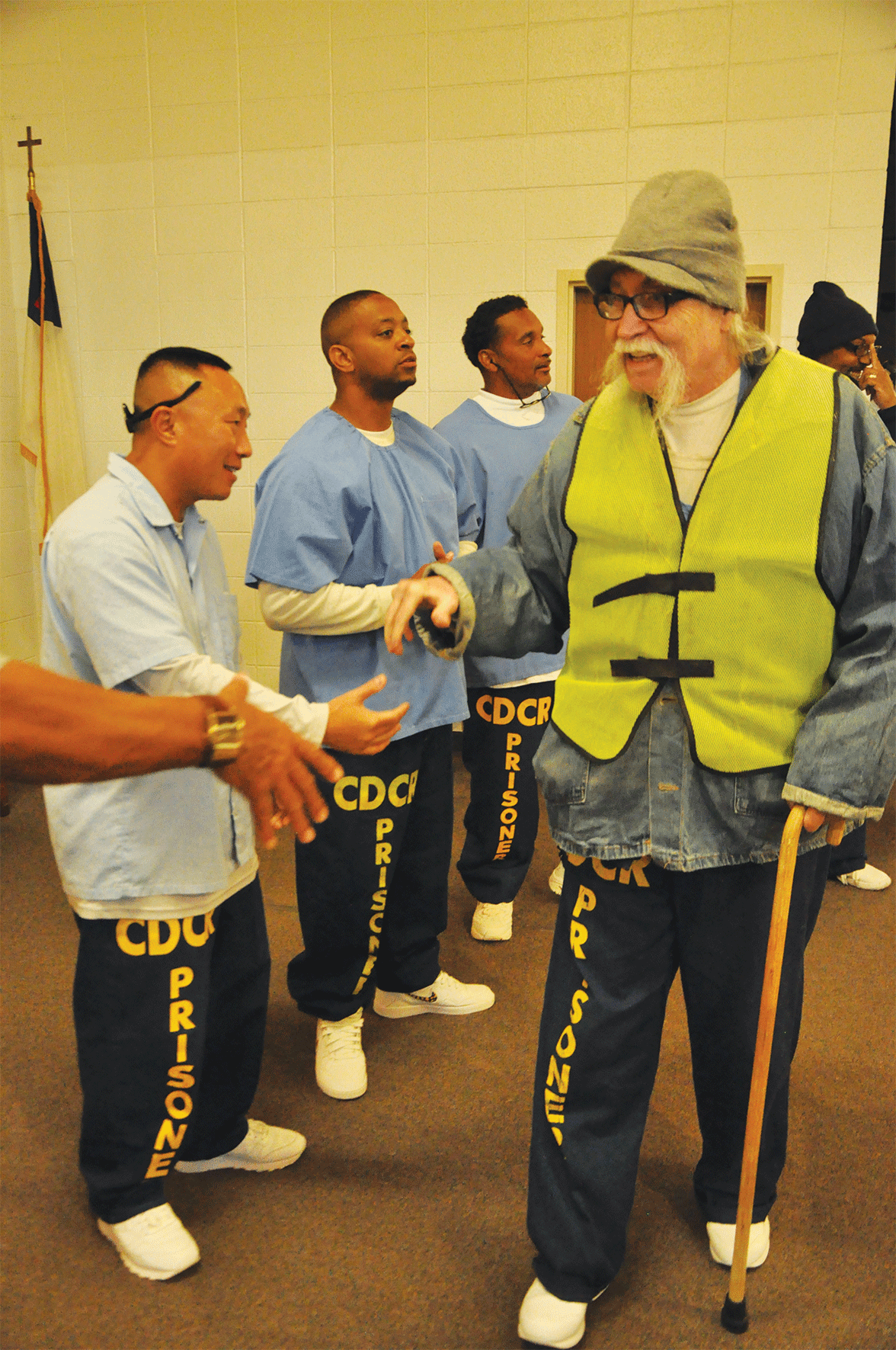 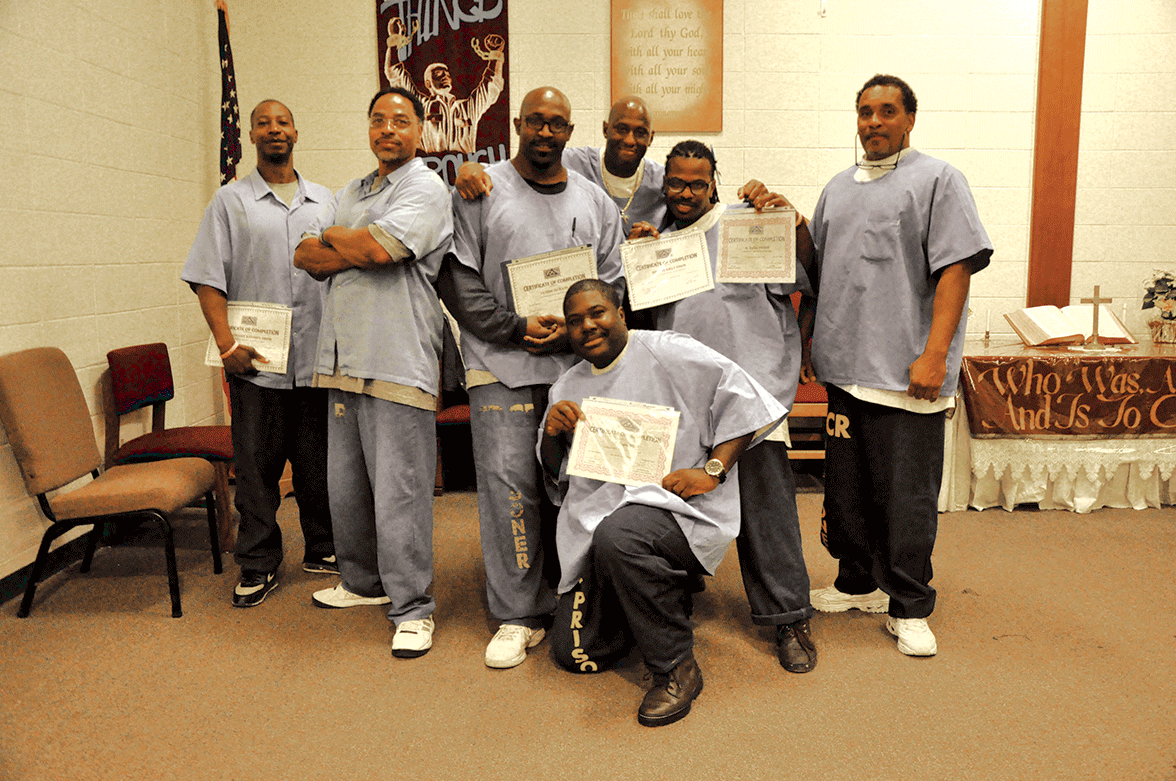 Aaron Gilmer, an inmate in the prison Youth Offender Program, was the youngest graduate in the group. He’s the same age Willis was when he entered prison. “I learned basically that I had to change my criminal

thinking and the issues I had with my family,” said Gilmer.

According to Willis, CGA’s motto is “One less criminal, one less crime, one less victim.” He said he no longer uses his nickname. “Everyone sees the growth and development (in me). If they choose to call me Corey (Willis), I welcome that. But I don’t introduce myself as C-Money anymore.”

Speaking prior to his parole, Willis said ,“I have to remind myself to be a man of my actions. Let ‘C-Money’ stay at rest and walk in the character of Corey (Willis).”

His advice to youngsters entering prison: “Try to do something different than the things that had them bound and brought them to prison. The next thing they know, they will have changed too.”

Willis has a 28-year-old son and two grandchildren who live in Sweden. He said they have a good relationship. “I’ve been in here his whole life,” he said. “I came in (to prison) as a kid, and I’ll walk out as a man.”