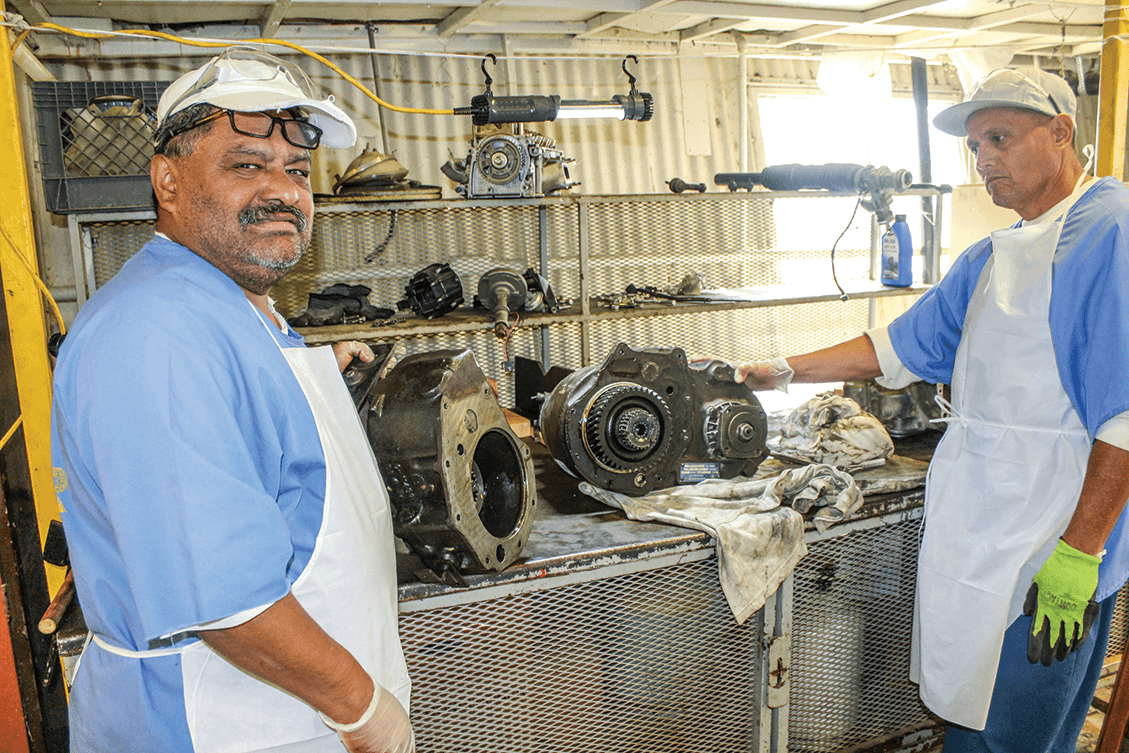 “I like this program because it gives us a skill that we can use when we get out,” said student Tai Le.

“There are currently 27 inmates in the program on various levels of learning, and so far 25 inmates who completed the program have been paroled and gotten jobs,” reported the Folsom Telegraph on Nov. 22.

The Career Technical Education program for auto mechanics has operated for more than 15 years, the Telegraph reported.

“They learn everything from how to change oil to changing tires,” said Roger Ito, who has headed the program for four years. “After they complete that, they have the ability to get a job.”

Later they can move to a more advanced program and become an Automotive Service Engineer. There they learn to change brakes and work on a transmission.

“With this training, they can get a job at a higher-end dealership or a specialty shop,” Ito said.

“Before, I didn’t know anything about cars, and some of us didn’t even know how to drive a car. When I get out, I plan to do this for a living,” said student Lue Her.

The popular program has a waiting list for potential students.