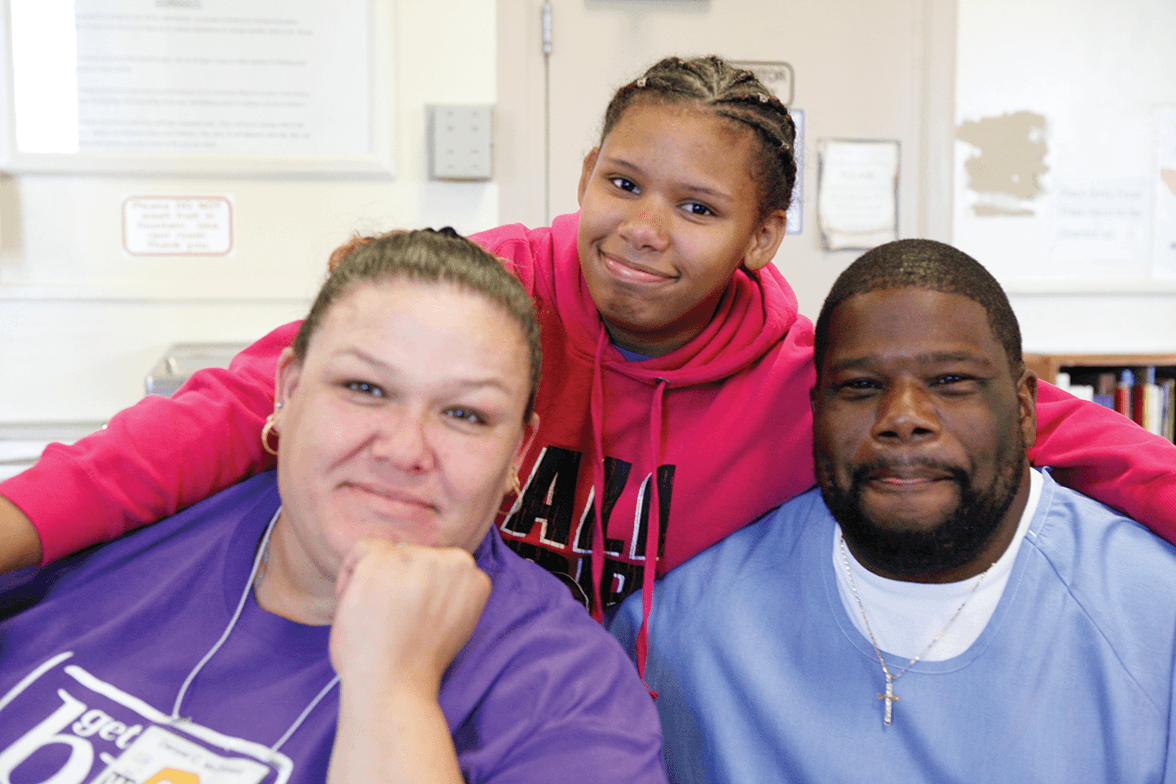 On June 1, incarcerated fathers started filing into the main visiting room for the annual Get on the Bus (GOTB) event, which brings families together for Mother’s and Father’s Day.

GOTB works with the California Department of Corrections and Rehabilitation (CDCR) months in advance to coordinate the one-day event.

“This is the only visit I get every year,” said Ruben Becerrada, who has been on Death Row since 2009 “It feels great to be able to spend time with my family. It’s a blessing.” 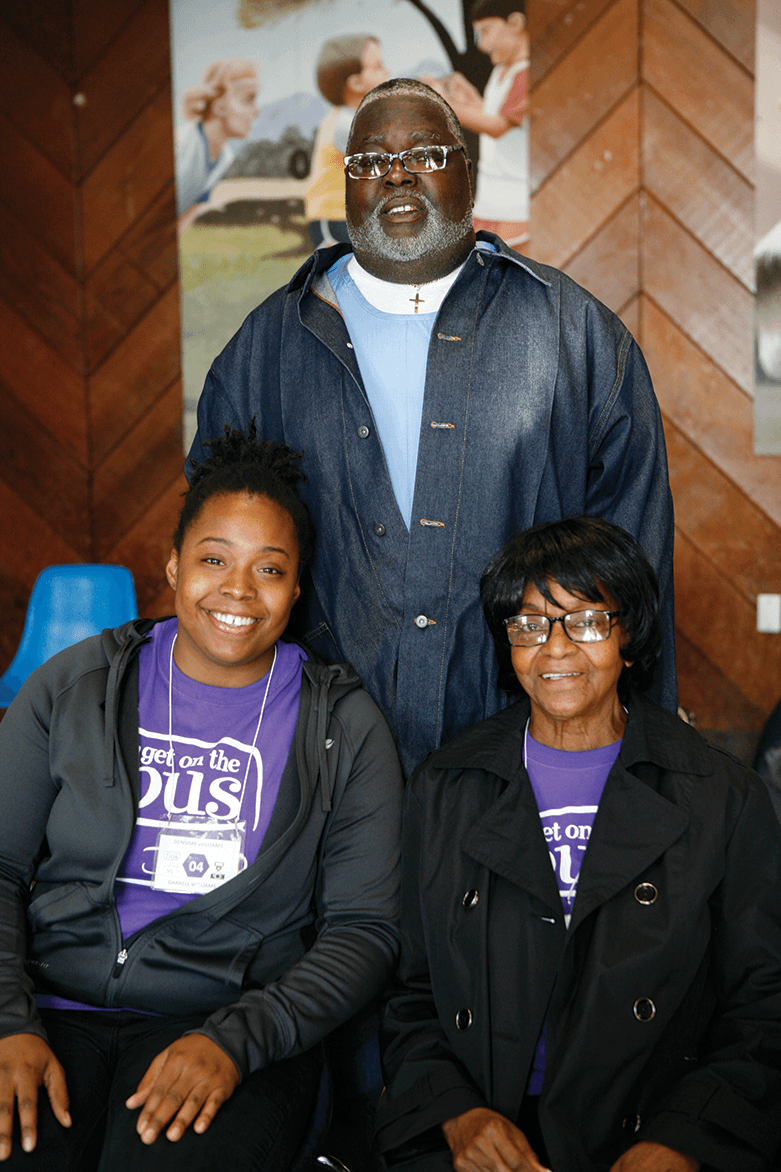 The families eat breakfast at a local church before arriving at the prison for processing.

“The anticipation is overwhelming,” said Eric Post, who was waiting to see his 34-year-old daughter Myesha, whom he has not seen for four years.

Some of the children visiting are now young adults who grew up without their father’s presence.

Shanika, Armando, and Dominic have been visiting their father for 20 years.

“This is the one for sure visit that we can count on every year,” Shanika said. “We try to visit him whenever we can, but it’s hard coordinating around the kids’ events.”

“My family made sure that my dad was a part of our lives,” Shanika said. “We like coming to see my dad.”

Jeremiah tried to show his grandpa how to dance the modern way but old joints don’t sway like young hips.

GOTB volunteers mingled with the families while serving snacks and painting children’s faces.

“I got up at 2 a.m. to catch the bus for today,” said Kitty, a volunteer from Sacramento. “I love to see the kids interact with their 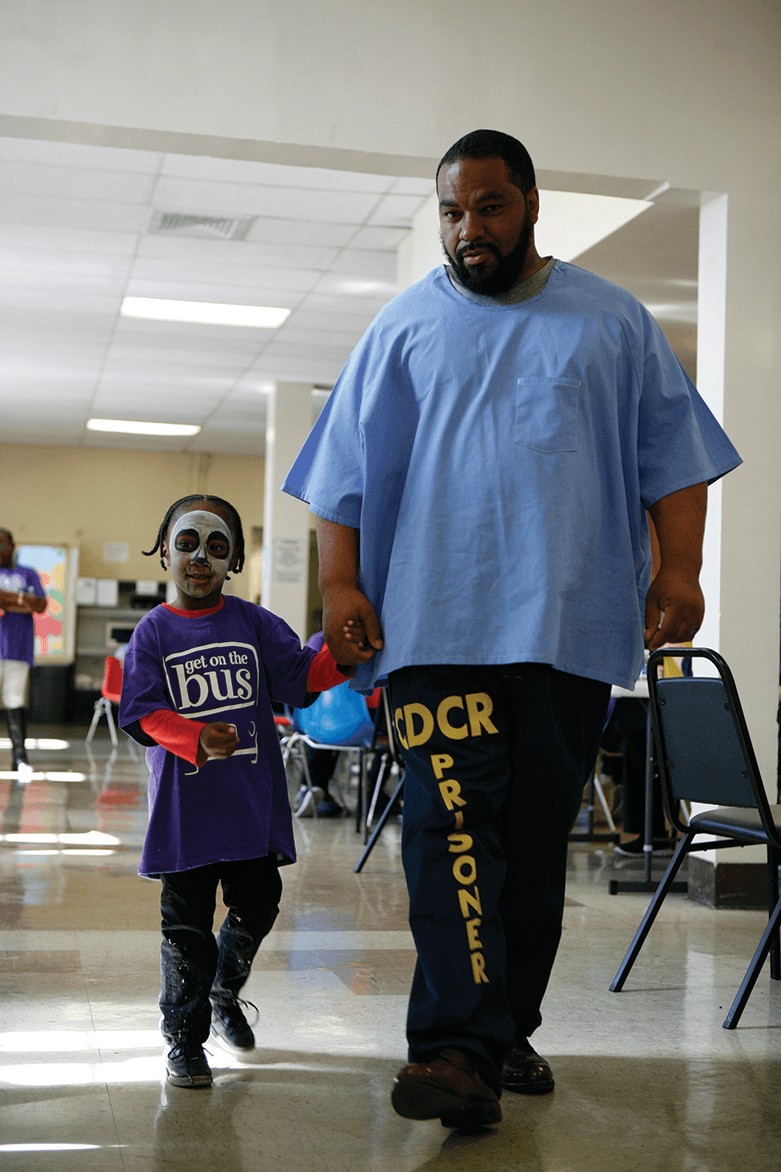 Michael Cooper with his grandson

fathers. When my dad was in prison, I was one of those kids. It was hard to visit.”

According to Parents Behind Bars: What Happens to Their Children, it is estimated that more than 5 million U.S. children have an incarcerated parent.

A report by the National Research Council in 2014 (The Growth of Incarceration in the United States: Exploring Causes and Consequences) found that the number of children with a father in prison had grown from 350,000 to 2.1 million from 1980 to 2000. The number increased another 77 percent between 1991 and 2007.

“My first year as a volunteer I saw a girl meet her father for the first time,” said Courtney, a volunteer from Sonoma. “It was an emotional day for me.”

Courtney was introduced to GOTB through her sorority adviser, who happens to be a niece of one of the program organizers.

“I am constantly drawn to volunteer with this program,” Courtney said.