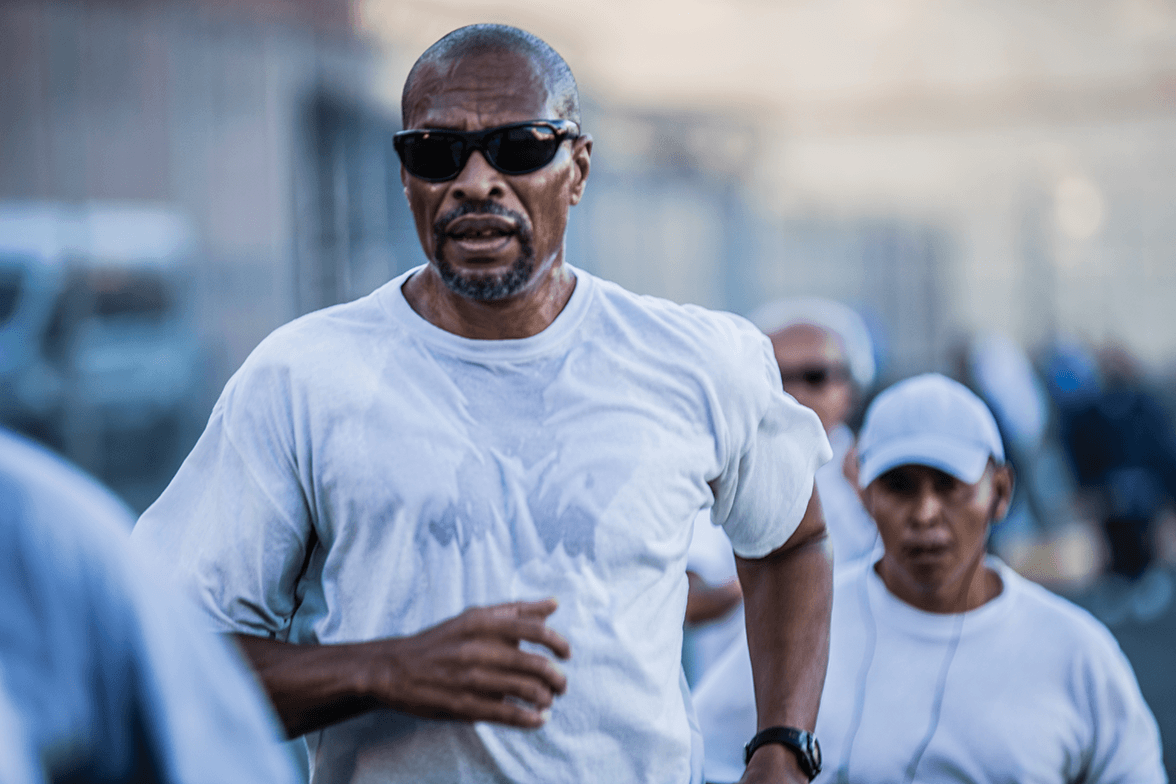 The 1000 Mile Club held a 10-mile race during the holy month of Ramadan. Several Muslims competed, including Bruce Wells, who managed to finish, although far behind Markelle Taylor, who took first place.

“All glory to Allah, I was able to finish,” Wells said. “I feel more mentally prepared because it was Ramadan.”

During Ramadan, Muslims do not eat or drink water from sunup until sundown.

“I feel wonderful,” Wells said after the race with a huge smile on his face. “I’m not exhausted.”

“Good conditions, nice and cool but too many alarms,” sponsor Frank Ruona said. “We had to deal with four alarms for a total of seven minutes of down time.”

The alarms required all incarcerated people on the yard to sit on the ground until disturbances elsewhere in the prison were cleared.

Taylor took first with a time of 59:26 despite having to regain his momentum after each alarm.

“I wanted to break my record,” Taylor said. “Those alarms killed me. I had to run stiff every time I got up.”

He missed his 2016 record by two seconds but came in several minutes before the next runner.

He dedicated the win to people with physical and mental disabilities.

“Never give up in life,” Taylor said.

Chris Scull took second with a time of 1:07:45 without his training partner and nemesis Eddie Herena in the race. The 5-foot-2 Herena was assisting the teaching of a Prison University Project biology class.

The older men in the club showed the benefits of running.

Alvin Timbol stopped short after six miles with a time of 55:56. However, the distance was an improvement.

“This is the longest I’ve run for the club,” Timbol said.

What Is Ramadan About?