A documentary film on ex-cons returning to freedom helps educate the public on the struggles these men face before and after release.

The documentary follows the lives of three formerly incarcerated men (Noel, Harrison and Chris) outside of prison. All three were imprisoned at a young age and spent decades behind bars. They talk about their different parole experiences, family reunions, locating work and enrollment in college, according to a Dec. 1 newsuw.com story. 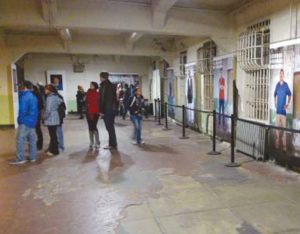 The film “Life After Life,” was shown to a live audience by its makers, the Law, Societies and Justice Department at the University of Washington.

The purpose of the film is to change the perception that the public has about the prison system.

The film is directed by Tamara Perkins and shown as part of a series titled: Human Rights at Home: Punishment in Contemporary America by the department in conjunction with the University of Washington Libraries and supported by the Friends of the Library Award, says the report.

“In my experience, film is a very effective teaching medium,” LSJ Professor Katherine Beckett said. “And I think we saw this today. It’s a much more intimate kind of real-life, textured portrait.”

“This film puts a human face on people who are incarcerated, who otherwise might have a very negative stigma attached to them,” said Dolphy Jordan, who spoke after the documentary concluded. “When you hear about someone released from prison (many of whom) have committed a terrible crime, you dehumanize that person, and it’s easy to exclude them from the basic necessities we have in life.”

Jordan was incarcerated from the ages of 16 to 37. He is employed as a re-entry transition specialist. His job centers on intervention, prevention and reduction in incarceration and recidivism. After testifying about his life, Jordan gave his perspective on the documentary.

“One of the things that stuck out the most to me was that feeling of anxiety,” Jordan said. “The emotions that these guys are going through are real.”

Jordan talked about the obstacles facing the formerly incarcerated, such as fear and uncertainty and how it is important to initiate the re-entry process once a person enters prison. He stressed the importance of providing those opportunities before they are released from prison.

“The message (I want to impart) would be to treat people fairly. Allow people to have access, and I’m saying people so I’m not labeling someone who was formerly incarcerated or labeling someone on race or from a different country,” said Jordan.

“We’re all people; we all live in this community together, and what kind of community do you want to foster, to build? Do you want to build a strong and healthy one, or a divided, broken one? I would encourage people to give everybody fair and equal opportunities — to education, to housing, to employment.”