A 2018 Elizabeth George Grant for her novel-in-progress,

The Clearest Way into the Universe

Mackenzie Smith spends her days at a university interviewing scientists. Her nights are devoted to revising her dystopian novel. It’s about two sisters, on opposite coasts, trying to reunite. 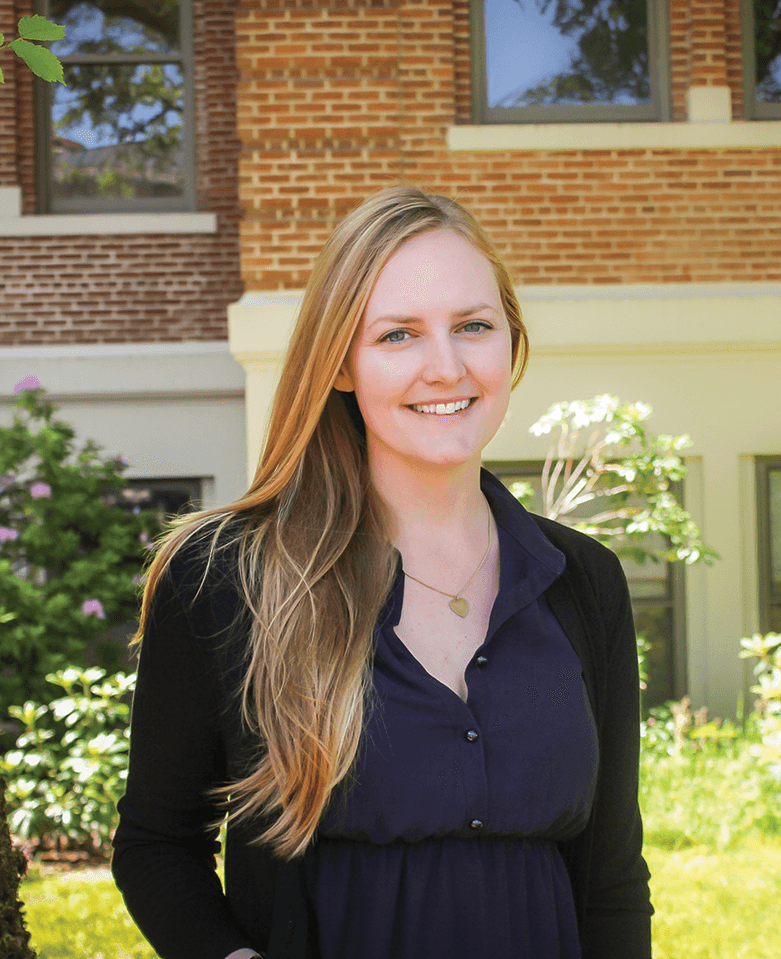 She spent Feb. 28 in a nonfictional place—San Quentin State Prison. There, she shared stories with inmates in Zoe Mullery’s creative writing workshop.

“The writers are engaged, talented and committed to their writing—far more than I’ve experienced,” Smith said.

They read the short story Yours by Mary Robinson.

The story takes place as the couple sits outside their home cutting up jack-o-lanterns for Halloween.

Lawrence Pela noticed that Allison wore a wig but didn’t expect that she was dying.

Richie Morris thought the characters complemented each other.

“Their age wasn’t an issue,” Morris said. “They were both coming to the end of their lives.”

James Metters said he liked the symbolism that the jack-o-lanterns represented—“with all the different facial expressions.”

No wasted words is what struck Nelson Butler.

“There was little need for back story,” Butler said. “I was able to use my imagination to fill in the rest of the story and still get what she wanted readers to get.”

The story begins from a boy’s perspective, progresses into adulthood and, as his health declines, regresses back to childhood.

Kevin D. Sawyer spoke about the irony in the story.

“In the end, he became a dinosaur,” Sawyer said. “Something that’s extinct.”

Smith asked the men to pay attention to time and images in the stories.

The class created a list of activities that two people can do.

Smith asked the men to choose some of the activities and images to make a story.

When the men read their stories, every one of the activities and images appeared.

Smith’s stories and nonfiction have appeared in ZYZZYVA, Crab Orchard Review, and TriQuarterly Online, among other journals.

She is the recipient of a 2018 Elizabeth George Grant for her novel-in-progress, The Clearest Way into the Universe.

She has taught writing workshops in Belize, India, Montenegro, and Timor-Leste and has also taught incarcerated women in Oregon.

A former Fulbright Fellow and Luce Scholar, she is currently a science writer for University of California Berkeley’s College of Natural Resources.