One of San Quentin News’ biggest supporters is also its biggest critic.

Krissi Khokhobashvili, information officer for California Department of Correction and Rehabilitation (CDCR), who worked for eight years as a journalist, reviews all of the newspaper’s stories, correcting grammar and fact-checking. If there are any mistakes, she’s the first person to tell you.

She had no idea what to expect during her first visit to San Quentin or any of the other prisons in California. It was a disorienting experience at first.

“When I saw Watani [Stiner], he scared me,” she said. “He looked mean, and he didn’t smile.” Watani was a staff writer, who had a column called ‘OG’ Perspective. Khokhobashvili said that after meeting Watani she had no reason to be afraid of him and that he turned out to be a very nice, peaceful, talented writer. 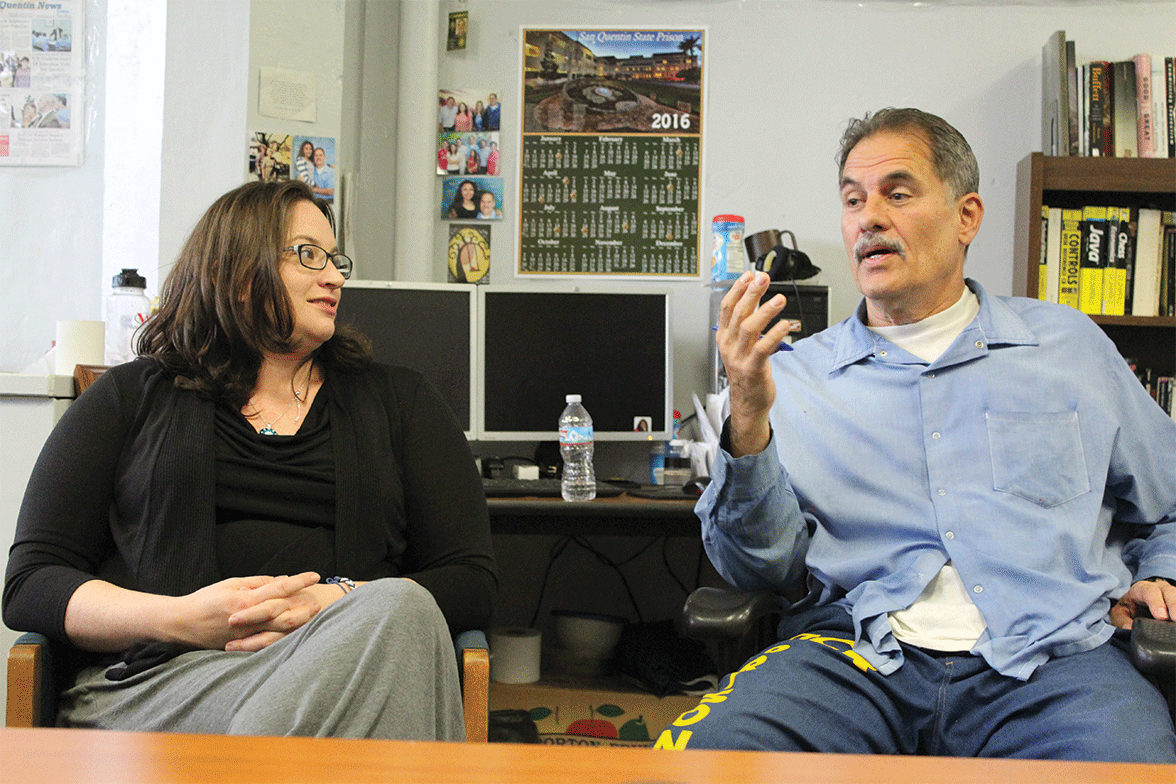 Her exposure to the San Quentin News staff and the likes of those like Editor-in-Chief Arnulfo Garcia began to shift Khokhobashvili’s understanding of rehabilitation in a profound way.

“Partnering with the San Quentin News, I see big possibilities,” said Khokhobashvili. And having a journalism career before she started working for CDCR helped her out tremendously.

Though at first a stranger to the prison experience, she is no stranger to the world inside a newsroom. She began writing her sophomore year in high school, when she joined the school newspaper. Her curiosity wandered through all the profiles of teachers and classmates she wrote about. Soon, it began to wander beyond campus news and into her small community in snowy Montana.

“One day I noticed this house appeared out of nowhere in the middle of a field in the town I lived in,” said Khokhobashvili. “I thought I was seeing things.”

She was curious and wanted to know where that house came from. Powered by journalistic instincts, Khokhobashvili researched extensively and soon found that the house was a historic monument, a fact entirely forgotten by most communities.

“The owner’s family did not want to destroy the house,” she said. “So they moved it to the town where I lived. I didn’t know you can just pick up a house and move it.”

The story ran in the school’s paper, and even in the town’s local publication, but they reprinted her work without giving her a byline or any credit.

That didn’t stop her. She became the class valedictorian and majored in journalism at the University of Montana. Khokhobashivili continued her work in California, running two weekly newspapers and a magazine with a short-handed staff.

During her time as a copy editor, reporter, city editor, features editor and, eventually, editor, the newsrooms where Khokhobashvili worked and managed and earned several awards in the California Newspaper Publishers Association’s Better Newspaper Contest, including for design, photography, opinion writing, special sections and general excellence. 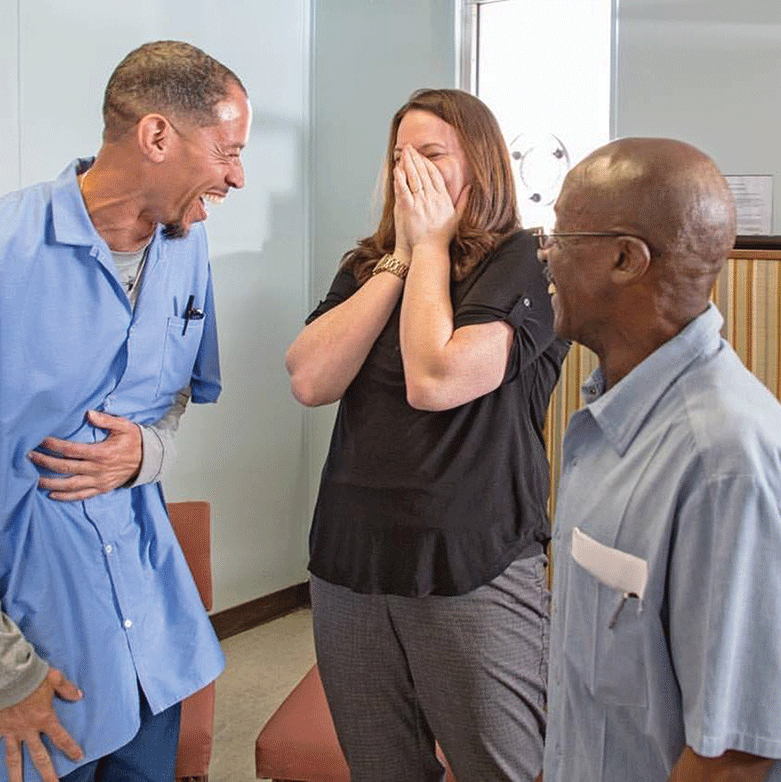 At the same time, journalists had to brace for an unexpected transition when the internet went mainstream and newspapers and publications had to fight to preserve their livelihoods in a new age of digital media.

“I lost most of my budget, had to cut back on staff, and ended up working 60 hours a week,” said Khokhobashvili.

She worked so much that “one night while working alone I went outside to get a soda, and left my keys in the office,” recalled Khokhobashvili. “I locked myself out. When I called my husband to pick me up, he was happy because he knew that I couldn’t continue working that night.”

Since her time with CDCR, Khokhobashvili has traveled to 23 California prisons. She is making sure that society recognizes the aspects of the rehabilitation that CDCR represents from personal experience.

“I always reach out to news organizations, asking them would they like to come inside of a prison so that they can see what rehabilitation looks like,” said Khokhobashvili. “It would be better for them to report on stories if they had first-hand knowledge.

“I could have sat at my desk for 40 hours a week  answering phones, but what good would that do if I have to write about what goes on inside of a prison?” she said. “I don’t know what it’s like to be in prison, sleeping in a cell at night. The only way I was going to make a difference reporting on the people in prisons is to get the story directly from prisons.”

Her first story was about a music band at California State Prison-Solano. “Although the people there were welcoming and nice to me, I have been to places that were not so kind,” said Khokhobashvili.

Lately Khokhobashvili has taken on more responsibilities at work so she does not write as much as she would like. However, she states that, “I wish every prison had a San Quentin News because everyone has a story, and their stories need to be heard.”