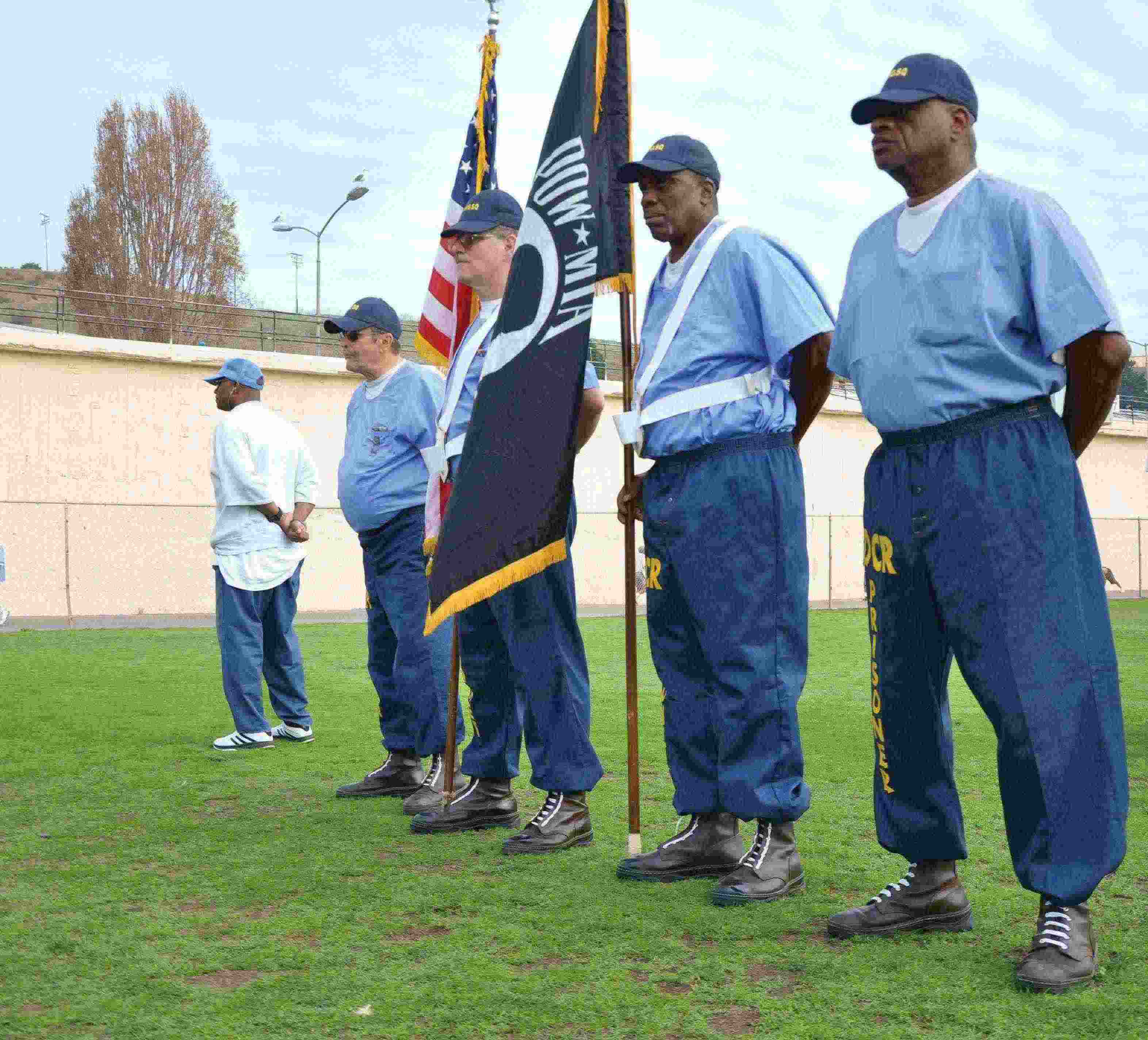 The Color Guard presenting the colors on Veterans Day

After the end of the Vietnam War, veterans of that war have finally received a welcome home. Gov. Edmund G. Brown Jr. has proclaimed March 30 “Welcome Home Vietnam Veterans Day,” according to the Zephyr, a veterans publication.
Nearly three and a half million Americans served in the United States military during the Vietnam War and related conflicts in Southeast Asia between 1959 and 1975.
About 58,000 U.S. service members died in the Vietnam War, –more than 5,800 were Californians– and many also suffered physical injuries, said the Zephyr.
At San Quentin, in response to this long overdue declaration, one Vietnam vet who served in 1965, 1966 and part of 1967 said he came home to protesters and a Veterans of Foreign Wars claimed “Nobody declared war in Vietnam! You weren’t in a war!” and denied him. James “Shorty” Dunbar said that the protestors and VFW both made him feel like an “invisible vet.” “It left me wondering what it was all for.” Gov. Brown’s declaration makes him feel visible again.
C. B. Anderson, another vet at San Quentin, who didn’t serve in Vietnam but served in the U.S. Marine Corps in the 1980s, was unhappy about the welcome the Vietnam vets received after the war. “Every time I saw a service member in uniform and I would see the Vietnam Service ribbon I would walk up to them, shake their hand, and thank them for their service in the Vietnam War.”
Gary Cooper, a Vietnam vet who was there in 1966 and came back in 1968, said about Gov. Brown’s proclamation, “I was never thanked for my service there….It’s nice to finally get the recognition that I believe we were due years ago. We were just doing what our country asked us to do without complaints.”
According to Zephyr, besides physical wounds, many Vietnam veterans suffered invisible wounds of war, including post-traumatic stress disorder and other mental health conditions. Decades later they are being diagnosed with disease and disorders associated with their exposure to Agent Orange and other toxic herbicides.
“In addition to those with medical conditions that are direct results of their service, there are many who suffer from unemployment, poverty, homelessness, and substance abuse,” said Zephyr.
“Treatment of our veterans reflects profoundly on us as a nation and state,” according to Gov. Brown’s proclamation. “The state is committed to improving current services and implementing new programs for those who served and their families.”
“Our Vietnam War veterans earned our everlasting gratitude,” the governor continued. “I urge all Californians to join us in welcoming home our veterans and assisting them in every way possible.”