“At first I was pissed off,” graduate Jason Gibau, 36, said. “I felt like, I’m already doing time, now I’m being forced to into a program five days a week, for three and forever hours a day. Then I met Mr. Anding, and we connected. He’s from Harlem, just like me. He understood, didn’t judge, and didn’t force things on us. He’s the best teacher.”

Anding added, “Our first challenge was building up that trust. It was hard getting a diverse group to share. It turned around when we all started sharing. Even I had to share my background.”

Gibau, serving four years for making a criminal threat, has volunteered to take the in-treatment program called HealthrRight 360, when released.

“I chose this,” Gibau said. “It’s do or die for me. Just another criminal threat can get me all day. I just want to be a good father.” 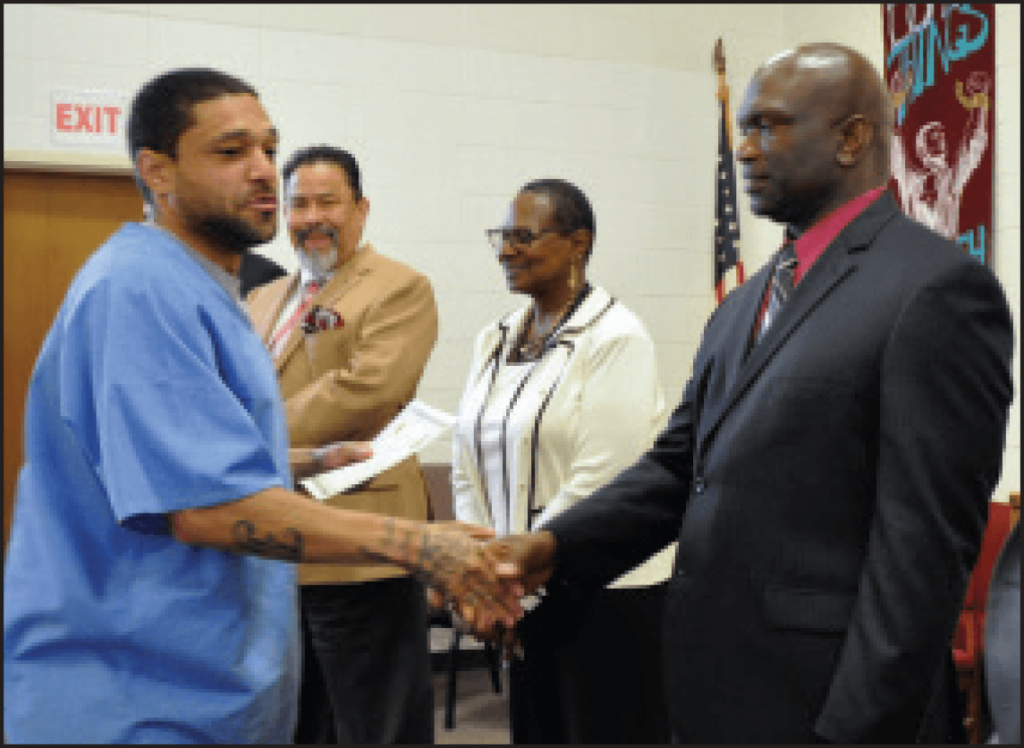 Jason Gibau receives his certificate
of completion from CCIII Palmer

“It’s been a long road to get here,” Warden Davis said. “We started to activate this program almost two years ago, and we didn’t get the funding. We hired a CCIII (counselor), had plans going to convert a space, and the program didn’t make it into the budget.

“Last year the budget comes and then we hit a snag with the fire marshal on the space. We started looking at where we can do this. Went to the gym; it’s not ideal, but we can make it work. 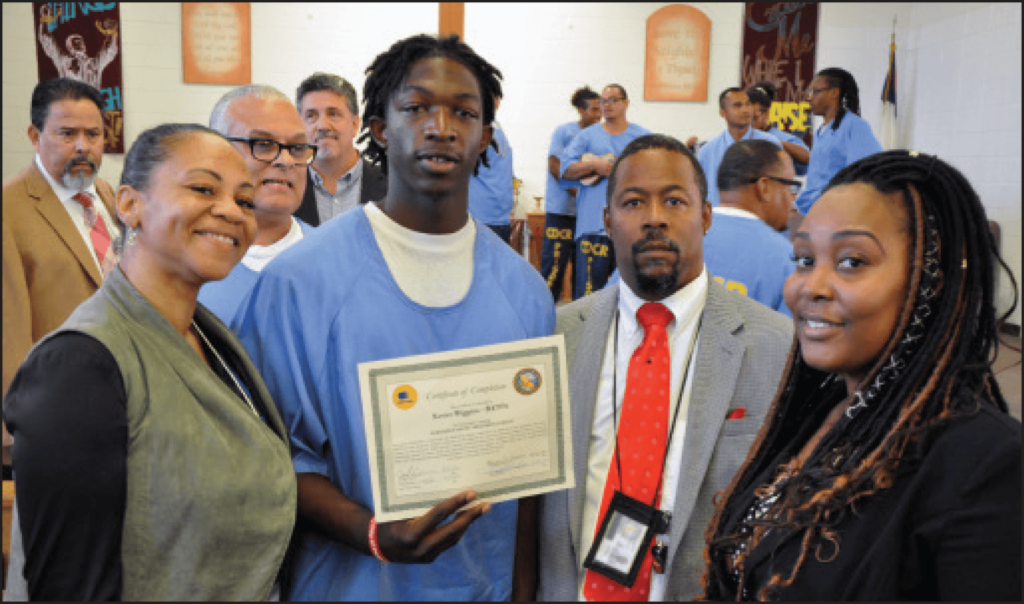 “We provide the opportunity, but it’s up to you to take advantage. Some of you might not have been in that place mentally, but once you got in the program and saw what it’s about, hopefully, you took advantage. That’s public safety, getting out better men than you came in. Appreciate what these staff members do for you and take advantage— because this can go a long way in preventing you from coming back to prison. Congratulations to all of you.”

“One thing I’ve heard in prison is ‘you are gonna give me $200, take me to Greyhound and expect me to change’…it doesn’t work,” said Center Point’s Director of Criminal Justice Programs Steve Jackson. “My last bid was 16 years. I did my time and within 30 days, I had a new commitment. Eight children and I was a father to none of them. I gave up a lung to cigarettes. I’m not willing to give up no more, not another child, another dream. The hardest part is following through. Aftercare is the component that will maximize your success.”

For graduate Julio Saca, seeing incarcerated mentor Michael Kirkpatrick in action inspired him. Saca, who is scheduled to parole in September, applied for a scholarship to become a drug counselor at Merritt College in Oakland and got it.

“It was a good experience because I got to see what a substance abuse counselor is,” Saca said. “It confirmed this is what I want to do. Using drugs and living a criminal lifestyle was a waste of time, but at the same time I’m going to use it to help my community.”

Center Point Director Escobar said, “The worst thing that happened to you can end up being the best thing. Our true identity is how we respond to the world.” 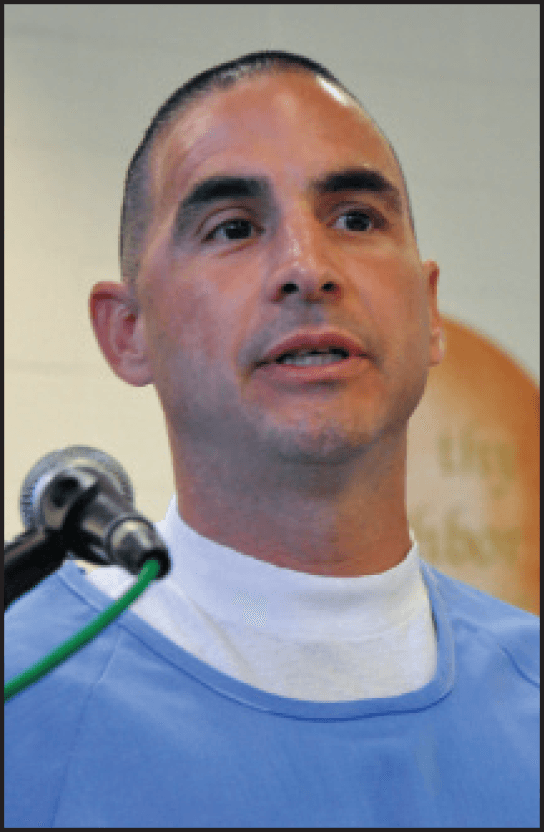 Sean Morris speaks to the audience

Transitional Counselor Ms. Jones guided Saca through the process of getting the scholarship.

“I saw a lot of passion in him about what he wanted to do outside of prison,” she said. “I knew there were resources. I gave him the paperwork and let him know what he needed to do. He used his San Quentin address, and they accepted him.”

Cory Warren was among the several graduates and counselors from the various classes who gave short speeches.

“I was in it for the milestones, but why get the milestones and not learn the curriculum then get out just to fail?” Warren said.

Substance Abuse Counselor Bankston said, “As a result of their egos, their images, they put up a good fight until they could not fight any more against warmth, empathy, non-judgment and laughter. They let their guards down and recovery happened, which made it beautiful.”

For entertainment, a live band played, and the Asian Pacific Islanders performed a Samoan Haka dance that represented the war within one’s self.

The event ended with each graduate receiving his certificate, shaking hands and posing for pictures.

CCIII Palmer left the crowd with one message: “Spread the word that we have something going on in the gym. If they haven’t been there, tell them to come on down.” 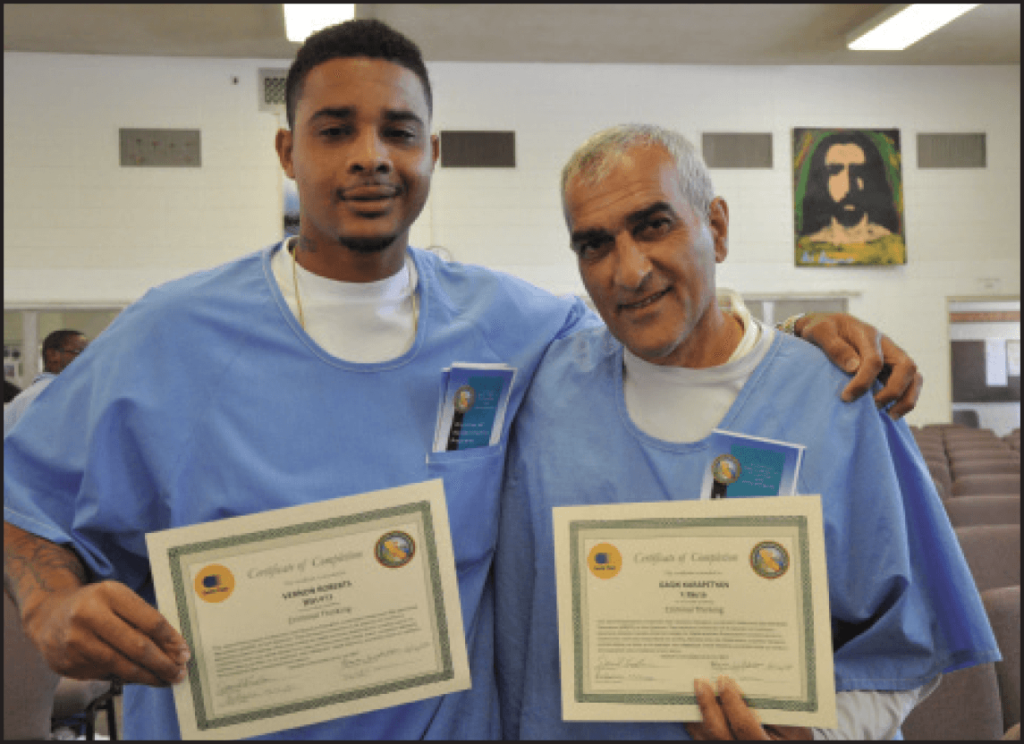