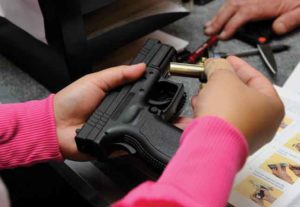 As prisoners across the nation wage protests over what they consider slave labor for low or no pay, two of the country’s biggest prison commissary companies are set to merge.

HIG Capital, owner of Trinity Services Group, a commissary and food-service operator, announced that it would be acquiring Keefe Group, one of the largest for-profit operators of prison and jail commissaries, according to a Prison Policy Initiative article.

Throughout the nation, the prison commissary business brings in an estimated $1.6 billion in sales a year. Keefe, Trinity and Aramark are the three companies that dominate this market.

With two companies merging, it would be difficult for smaller firms to outbid for contracts.

San Quentin is one of the prisons in California that holds a commissary contract with Keefe Group, according to Dineen Parsons, the material and store supervisor.

“Sacramento makes the contracts for all 34 prisons, so I believe we will still get good prices,” said Parsons. “We deal with multiple vendors, so we will probably see increases and decreases throughout the year.”

The merger-created reduction in competition can lead to the same economic distortions that afflicted the prison phone industry, the article noted. Jails and prisons often receive a commission or kickback from commissary operators as well.

The Trinity/Keefe merger could reap annual revenues of $875 million, more than half of the total commissary market.

With jails and prison facilities cutting their food budgets and subsistence, incarcerated people are forced to pay for basic necessities to supplement the food in the cafeteria. This causes commissary orders to increase dramatically, the article noted.

In California state prisons, inmate pay scales run from Level Five laborers at $.08 – $.13 to Level One lead person at $.32 – $.37, according to California Code of Regulations Title 15.

These pay rates translate into $12 to $56 monthly, before the department deducts 55 percent for court-ordered restitutions and administrative fees.

San Quentin commissary has already seen some increases in certain items, according to Parsons, due to changing of contracts.

However, those jails and prison facilities that do want to negotiate for fair pricing will have less leverage and higher prices are a distinct possibility, the Prison Policy Initiative noted.

The Keefe Group is a network of six companies that operate various prison-related businesses.

Access Securepak delivers quarterly packages to inmates, and ICSolutions (short for Inmate Calling Solutions) a communications company, are two of them.

HIG and ICSolutions filed a notice of the sale with the Federal Communications Commission in June.

Keefe and HIG argued in their joint filing with the FCC that the acquisition “will serve the public interest by providing additional capital to ICSolutions, which in turn will enhance its ability to maintain and improve its network and services,” the article reported.

The statement fails to address whether there is actually a lack of adequate capital for ICSolutions or any other Keefe companies.

Trinity provides support services to 400 correctional facilities across 33 states, Puerto Rico and the US Virgin Islands, according to their website.

Given the market shares of Trinity and Keefe, it should be a matter of concern to incarcerated people, their family members and antitrust regulators, the article concluded.