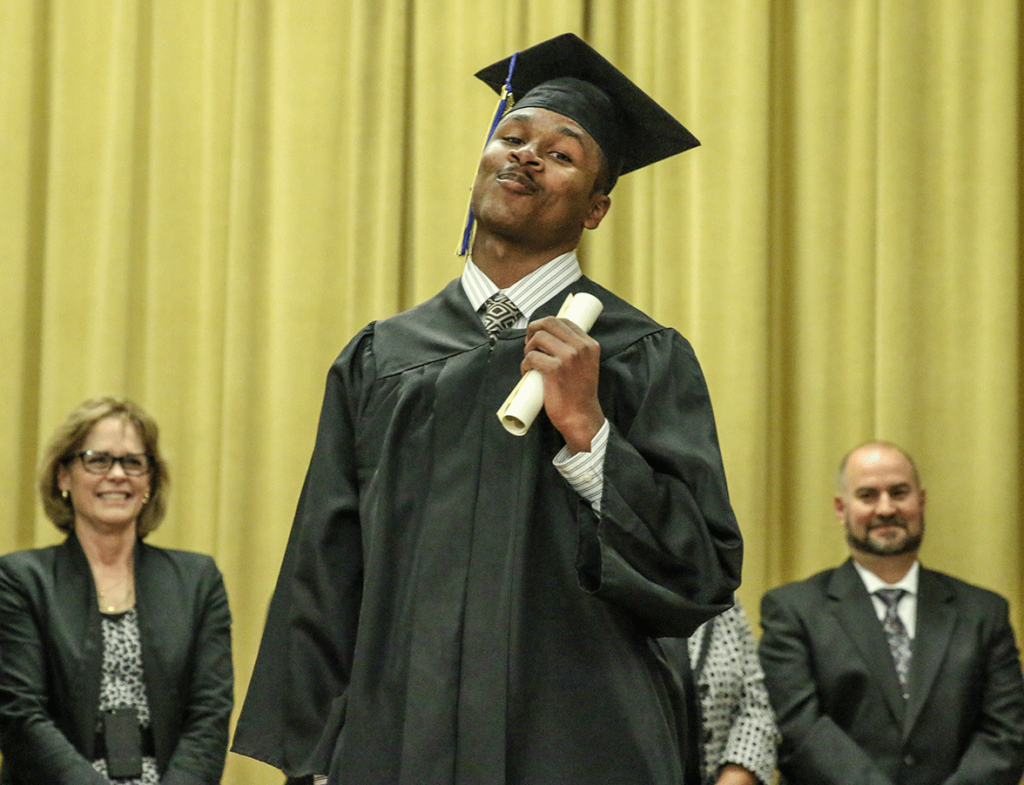 “Do not let your past kill your future,” said Clay Rojas, Parkside Church’s pastor. Rojas, an ex-offender himself who served three years in federal prison, was the keynote speaker at the ceremony, reported Almendra Carpizo for the Stockton Record.

In the United States more than 50,000 people under the age of 21 fill our juvenile detention centers, the U.S. Department of Education reports.

Rojas said that these young graduates, who have been told they would never amount to anything, should take their graduation seriously as a great accomplishment.

“I’m nervous to see my grandma, parents and girlfriend,” said Jabin Villarreal, the 20-year-old class valedictorian. “But, it feels good for (them) to see me graduate. They told me they’re proud of me.”

Fellow graduate Javon Sullivan, 19, has already planned his future and looks forward to studying political science at Howard University in Washington, D.C. “I’m proud of myself for (graduating),” Sullivan said.

For Sullivan, graduating high school was a major milestone because not many people in his family have. He really wanted to do this for his mother. “Even with these circumstances, she wanted me to come out with a diploma,” he said.

“It’s a big deal for them,” said Larry Hammond, a teacher at the Johanna Boss High School. “For most of these kids, school was never a priority, and once graduated, they have earned a big step in their life.”

Hammond also reminded the young graduates that high school shouldn’t be the end of their education, and he encouraged them to continue learning.