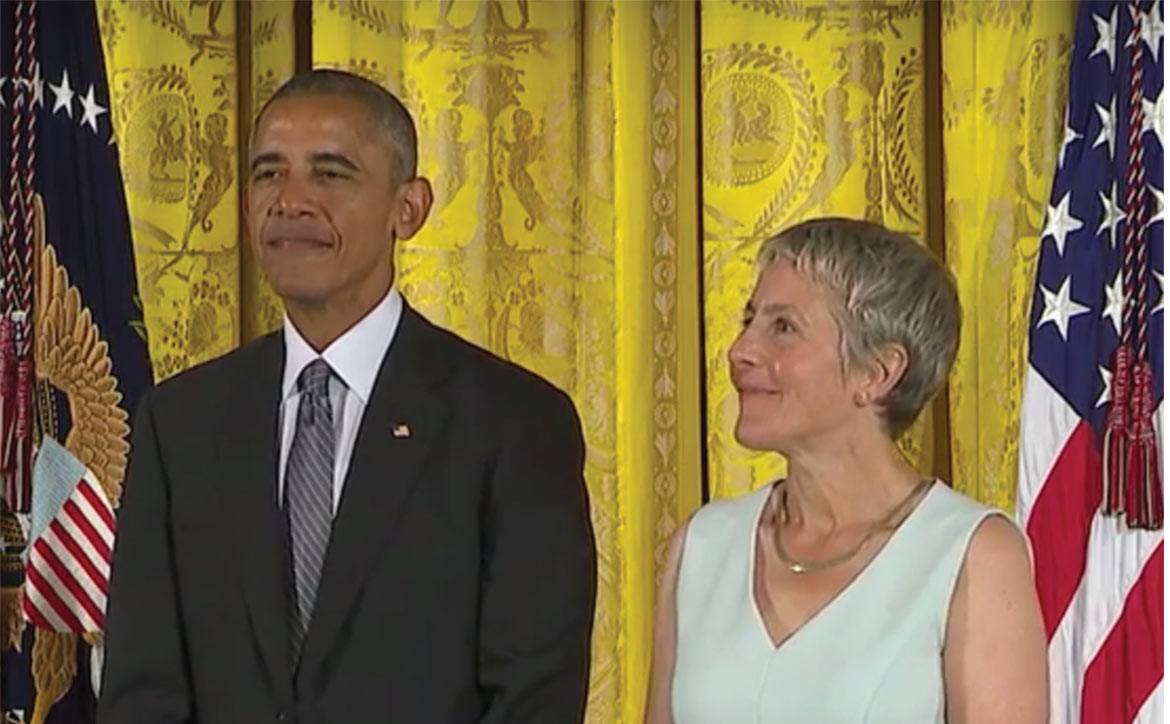 President Obama and Jody Lewen at the White House

As students with makeshift backpacks and see-through plastic folders hustle in and out of an education building, teachers greet their students by name. It is a college campus at San Quentin, where the Prison University Project works to transform inmates from convicts to college students.

“We did it,” Lewen told the students, “This is all our award.”

She said the award not only highlights the PUP staff and the many selfless volunteers and donors, but the hard work and commitment of the students.

Lewen brought in the medal and certificate so the college students could see, touch and have photos taken with it.

Lewen received the National Humanities Medal “for transforming the lives of currently incarcerated people through higher education and offering opportunity and inspiration to their students and providing an example for others to emulate,” according to the official citation.

“I was especially thankful to the White House and the National Endowment for Humanities for expressing what we do in such a public way,” Lewen said.

She added, “President Obama was really friendly. He told us to keep up the good work.”

Lewen has brought quality professors and education to PUP, including current San Quentin News adviser Professor William Drummond, who taught a journalism class in 2012. Last December, Drummond was at the White House to receive the 2015 John W. Gardner Legacy of Leadership Award. 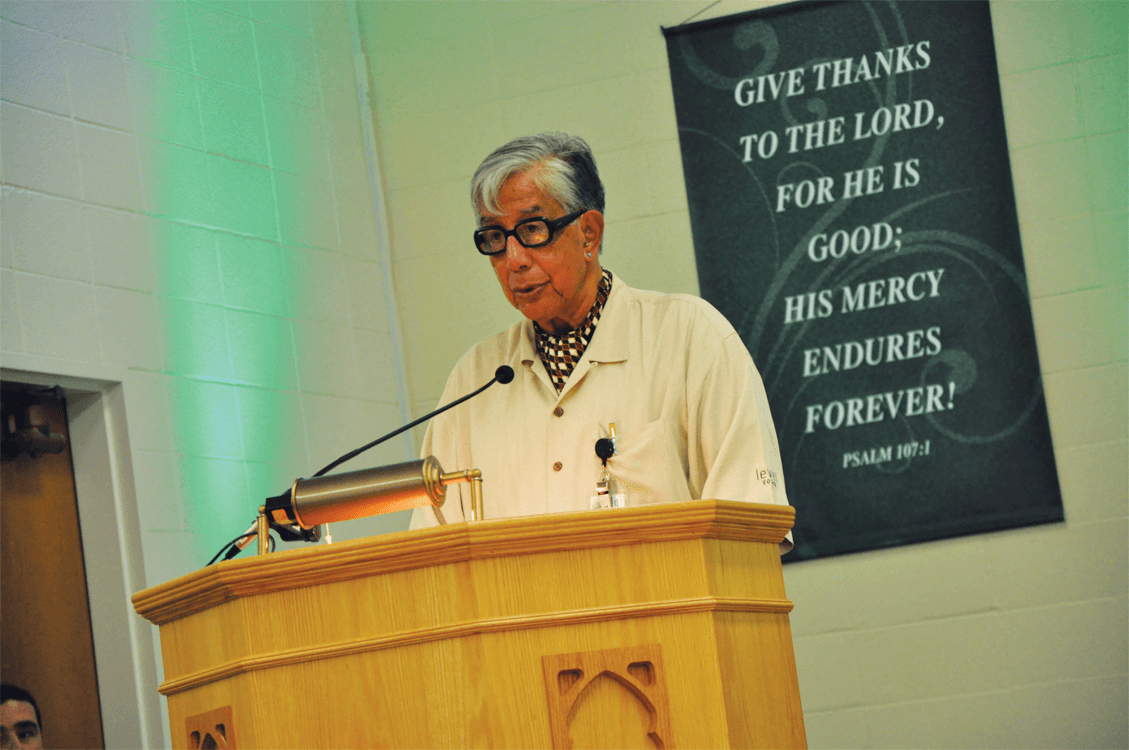 Professor Dan Hammer also was a PUP teacher. Hammer is currently working at the White House as an adviser in the Office of Science and Technologies.

Three formerly incarcerated men, David Cowan, Pat Mims and Dmitriy Orlov, accompanied Lewen in Washington. Orlov did not make it past the Secret Service check to attend the award ceremony inside the White House. However, he was able to attend the honoree dinner held at the National Gallery of Art.

Mims and Cowan both served more than 20 years and have moved on to do public service work. Cowen was released in 2011 and now he is the operations manager for PUP, the first former student to reach a senior management role with the organization.

Cowen also is the co-founder and Director of Reintegration at Alliance for Change, a nonprofit organization that helps newly released inmates to integrate into Bay Area communities.

“I hope this encourage all the students to value their education,” said Cowan. “I don’t think I would be the man I am today without being around men in prison that was serious about their education, they help ground me, both emotionally and physically. I appreciate everybody.”

Mims has worked with Bay Area Women Against Rape. There he founded a program to help sexually exploited minors. Subsequently, in 2014 he received the FBI Director’s Community Leadership Award, the My Hero Award from the District Attorney Office of Alameda County, and the Stewardship Award from Freedom House, a safe-house for victims of human trafficking.

He currently is assisting the homeless and formally incarcerated at Rubicon Programs as an Impact Coach.

Orlov was released earlier this year after serving five years; he worked as the PUP program clerk while inside. He is currently in college pursuing a business and engineering degree.

“It was surreal going from being incarcerated at San Quentin to the White House,” said Orlov. “It feels good to be apart of history and represent the incarcerated nation. Being in prison it’s hard to gage the scope and this level of recognition.

“It’s so much bigger than your own education, even if you are just taking one class, you are apart of the conversation on education and prison reform at the highest levels as an example for the nation.”

The PUP program started in 1996 with two classes. Lewen started teaching classes in 1999 and was running the program by 2000. Since its inception more than 150 prisoners have received an Associate of Arts Degree and thousands of inmates have taken at least one class.

There are currently 350 students for the fall semester and many inmates throughout the prison system are applying to come to San Quentin for the program.

The program is an extension of Patten University in Oakland. PUP is unique because inmates receive college-level education at zero cost. Books for the courses are also free. Academic professionals from throughout the Bay Area teach classes pro bono.

“As a kid I didn’t like school,” said Lewen. “As an adult, I loved the idea to create an opportunity for those who are traditionally left out.”

“That’s what I enjoy the most, giving them the tools and skills to make their voices heard.”

She believes that there should be universal education for those in and outside the walls.