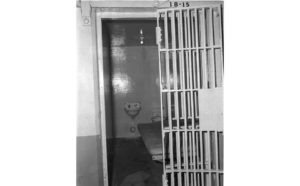 The solitary confinement program in Virginia’s prisons is chastised in a new ACLU report for its inhumane conditions, according to the Washington Post.

Disciplinary segregation, special housing and administrative segregation are also considered to be solitary confinement by the ACLU.

“It simply doesn’t matter what you call it. The impact of the practice on people is exactly the same,” said Claire Gastanaga, ACLU executive director.

During solitary confinement, prisoners are housed in small cells for 22 to 24 hours a day with reduced or no natural light and little human contract. They have restrictions on reading material, visits, TV and radio as well, according to the report.

Smith said he was confined in a windowless 12-foot by 6-foot cell for more than 16 months in the Norfolk City Jail. He was allowed to exercise every two weeks in the prison’s in-door gym, said the article.

“It’s a place of fear and isolation,” said Smith.

Virginia’s Department of Corrections disputed ACLU’s findings. Lisa Kinney, the department’s spokesperson, said the state has a long-term restrictive housing program without the use of solitary confinement.

“The Virginia Department of Corrections serves as a national model for the limited use of restrictive housing,” she said.

In 2011, the Virginia Department of Corrections implemented a “step down” program, meaning that inmates can get out of solitary confinement through good behavior. This was a part of reforms at Red Onion and Wallens Ridge State Prisons, meant to reduce the number of people held in “administrative segregation.”

Additionally, a DOJ recommendation for a program that diverts those with serious mental illness from restrictive housing was implemented in 2016.