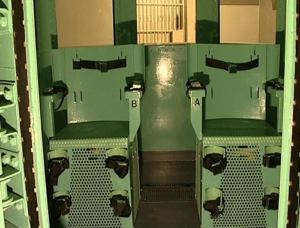 In the coming months, the U.S. Supreme Court will decide whether to take up a challenge to the death penalty in Arizona. If the justices agree to hear the case, the court’s decision could also affect the California death penalty law.

And that could spare the lives of 746 prisoners on California’s death row, according to the San Francisco Chronicle.

Lawyers for Abel Hidalgo argue that the Arizona law violates Supreme Court precedent dating back to the 1970s that limits capital punishment to specific categories of crime, including especially heinous killers often described as the “worst of the worst.”

Much like Arizona, California has also expanded its definition of capital crimes, which, according to retired Arizona prosecutor and judge Rudolph Gerber, “made the vast majority of murders eligible for the death penalty.”

Even though the California law is not before the Supreme Court, the pending Hidalgo case might reshape California law—a situation that mirrors another legal decision in 1972.

That year, the Supreme Court overturned Georgia’s death penalty law because the state failed to set meaningful standards separating especially heinous crimes from other serious felonies and limiting the discretion of prosecutors and jurors.

That 1972 ruling extended to California and other states, resulting in California resentencing their condemned inmates to life in prison from the previous death sentence.

The Arizona case is comparable to the 1972 Georgia case, “a substantive decision that was applied retroactively to everyone on Death Row across the country,” said Robert Dunham, the Executive Director of the Death Penalty Information Center.

But if the Supreme Court does not take up the case, many prisoners will remain eligible for the death penalty.

Hidalgo’s lawyers said research indicates that over an 11-year period in Arizona’s most populous county, Maricopa, 99 percent of all first-degree murderers could have been prosecuted as a capital crime.

Research conducted at the University of Iowa on California crimes from 1978 to 2002 found that 95 percent of first-degree convictions could have been charged under the current law as capital crimes, punishable by the death penalty or life without parole.

The Supreme Court must now decide if it will take up the case. As of February 28, 2018, the Court had not made a decision to accept or reject the appeal. Until then, the Arizona State Supreme Court decision upholding the law will remain intact.

If the Supreme Court takes up the case, oral arguments and a ruling will take place during the 2018-19 term, which is scheduled to begin in October.