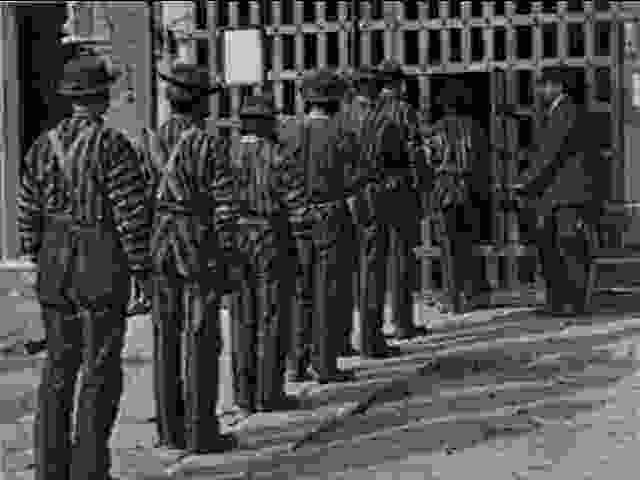 The societal damage caused by the nation’s mass incarceration problem is now being addressed by many American universities and colleges. Fiscal policies are being rethought, and curriculums are evolving to include dialogue about prison reform.

“When we talk about something like ‘Modern Day Slavery’, which is the name of this event, we mean it very literally,” said sophomore Alec Warren, the ASU panel’s moderator. “There is a racial caste within this criminal justice system, and that’s something that we want to raise awareness about.”

Students, faculty and members of the community were invited to attend the forum sponsored by ASU’s Next Generation Service Corps. The discussion focused on many elements of the mass incarceration problem, including race, youth education, foster care, employment, and homelessness.

Formerly incarcerated persons were also invited to attend and participate, including Brenda Combs, who herself spent 10 years homeless on the streets of Phoenix before eventually earning her doctorate in organizational leadership.

The answer to most societal problems is just having a conversation and educating people, Combs said.  She is now an advocate for the homeless community and victims of domestic violence.

“If people don’t know, they can’t move,” she said. “They can’t do anything. They can’t make any changes.”

“I didn’t realize that a lot of people in this room right now are felons,” said Jillian Ashby, a global health sophomore. She also said the event sparked a fire in her, and she left with a new interest.

The United States has almost five percent of the global population while holding 25 percent of the world’s incarcerated persons, according to Dr. Cornelia Wells, head of ASU’s prison education program.

“We’re all better than our worst mistakes, and we need to start treating people like that,” said Shawnee Ziegler, operations manager for the Arizona Justice Project.

“It’s time to divest from prison profits and invest in our future,” read one recent protester’s sign photographed and featured in The Hoya.

Upon the recommendation of its Committee on Investments and Social Responsibility (CISR), Georgetown University has updated its finance and administration policies against investing in private prison companies.

“The Committee determined that it is inconsistent with Georgetown’s Catholic and Jesuit values to hold investments in companies that profit from the incarceration of human beings,” a CISR memo announced.

While recommending divestment from private prison corporations, the policy excludes any judgment on investing in any other companies that invest in private prisons, but will “encourage” its external investment managers to make “reasonable efforts.”