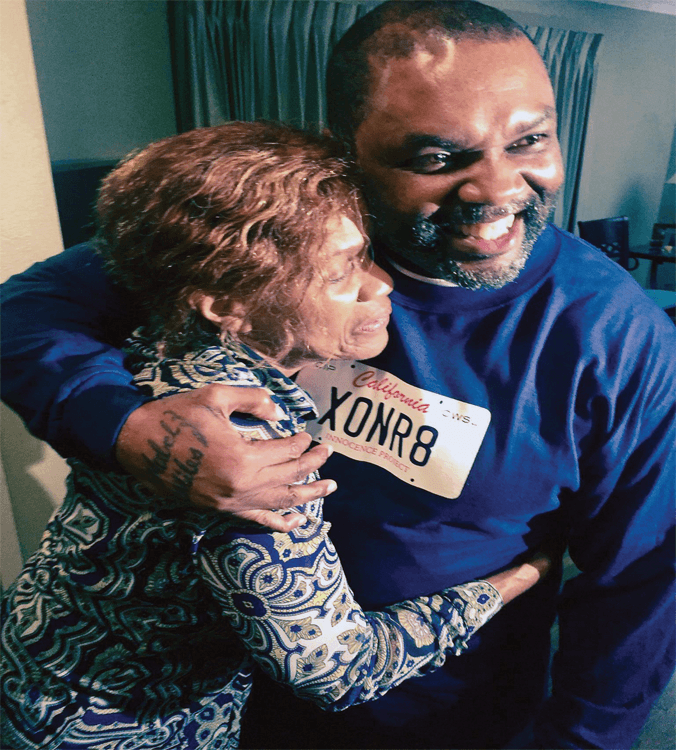 After 19 years of claiming his innocence, Guy Miles finally got his 75-years-to life robbery conviction overturned. Miles accepted a plea deal instead of going back to trial, so he can be immediately released and be with his ailing parents.

“It was an impossible decision to make,” said attorney Alissa Bjerkhoel, the litigation coordinator for the California Innocence Project, who fought to bring Miles home. “He’s been fighting for his innocence for almost 20 years. You have to weigh that against how much time you have left with family. At the end of the day, family won out.”

Three men confessed to being the ones who actually committed the robbery, and there were significant problems with the eyewitness identifications made through suggestive photographic lineups and improper prosecutorial tactics, wrote Appellate Court Justice J. Moore in a separate opinion.

“The majority opinion does not find Miles to be ‘factually innocent.’ But there is a strong likelihood that an innocent man has spent almost 19 years in custody for a crime he did not commit,” Moore concluded.

Miles thought he was going home when the attorney general declined to seek review of the appellate decision and only asked the California Supreme Court to de-publish the Appellate Court’s decision. De-publishing keeps the decision out of law books and from being used as a legally binding precedent.

The California Supreme Court gave themselves until May 19 to decide whether to de-publish the case or review it on their own motion.

“He can’t get out of prison until the whole appellate process is complete,” Bjerkhoel said.

“The ironic thing is, when you win in Superior Court, you go home right away,” Bjerkhoel said. “When you win in Appellate court, more can happen. Hope for the best, prepare for the worst.”

Even when the appeal process was completed on May 10, a mishap kept Miles in prison. The California Supreme Court granted the request to keep the case out of law books and decided not to review the decision. However, their court order for Miles’ release from state custody arrived at the wrong prison. It was reissued, but didn’t arrive at San Quentin until May 22, keeping Miles in prison weeks past the appeal process.

“I feel disrespected,” Miles said. “This process needs to be revisited.”

Miles stayed in prison until June 6, awaiting transportation back to Orange County jail for a June 9 court date.

“Out of 25 cases the Southern California Innocence Project has gotten reversed, I think the prosecution has apologized in one case. It’s pretty clear Guy didn’t do it,” Bjerkhoel said.

The prosecution took the stance that they would retry Miles.

“It feels like I have to prove it all over again, starting trial all over again,” Miles said. “It’s not a good feeling. I’m sleepless. Anxiety level is so high sometimes I can’t eat, think. I’ve been through a lot of dangerous things on the streets, but nothing compares to the feeling of going to trial for something that I didn’t do.”

The prosecution offered Miles a deal that allowed him to get out of jail without pleading guilty. Miles suspected that his parents had health issues that they were hiding from the family. He took the deal and came home on June 20, in time for his birthday party on July 9.

“He took a deal under People versus West,” Bjerkhoel said. “It allows you to benefit from a plea deal without admitting guilt.”

Miles said, “They (the prosecution) were ready to take me back to trial. I had to get back to my mother and father.”

Now out, Miles enjoys babysitting his grandkids and spending time with his family, but he still worries that his newfound freedom is all a dream.

“Man, being home is a dream come true,” Miles said. “Locked up you have so many dreams of being free and wake and find out you’re still in prison. That what I think is gonna happen now — I’ll wake up and find myself back in prison.”