Amid public controversy, the inmates of St. Lawrence County Jail in Canton, Ohio, were issued tablets in 2016 and have since reaped the benefits of the digital technology, according to a recent report from North Country Now News (NCNow News).

The tablets allow the county to provide many services to inmates that were previously only available on paper. Inmates with tablets can use them to place commissary orders, file Prison Rape Elimination Act (PREA) reports, file paperless grievances and many other services.“Prior to tablets, inmates would have to submit requests and staff would then track down the necessary materials, because inmates couldn’t easily browse for the materials, said Jail Administrator Peggy Harper. The tablets have improved access to such material. 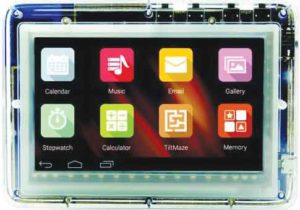 NCNow News reported that “according to the manufacturer the tablets are linked to Telmate Verified, an automated identity verification system that authenticates every system user and action including deposits, photos and messages; and Telmate Investigator, an advanced suite of crime solving tools that gives investigators valuable insights into the personal networks of inmates.”

Inmates can also use the tablets to access entertainment, which is controlled by the jail. This has been criticized by some, but Harper told NCNow News that both inmates and staff have benefitted from the tablets, which have “really improved [the] efficiency of many services at the jail.”

The tablets, which are paid for through the commissary system, provide the inmates with better access to legal help. These tablets were first offered to inmates four years ago and are now available in nearly 70 correctional facilities nationwide.