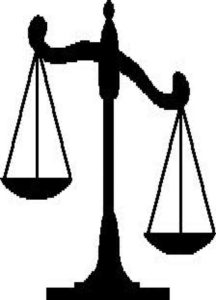 The U.S. Supreme Court has ordered a new trial, despite evidence of the man’s guilt, in a case where the defendant testified he is innocent while his lawyer argued he is guilty.

Robert McCoy was charged with three counts of murder in Louisiana. The three victims were his estranged wife’s family members. Lewinston police apprehended McCoy in Idaho a few days later.

McCoy pleaded not guilty and maintained his innocence. Throughout the court proceedings, McCoy said he was out-of-town when the homicides happened and corrupt police committed the murders in a drug deal gone bad.

Attorney Larry English took over the case from another attorney who McCoy reported having difficulties with. After reviewing the case, English felt the evidence against McCoy was overwhelming and the best strategy to avoid the death penalty involved conceding guilt.

McCoy objected to English conceding his guilt and tried to terminate his lawyer. English tried to get himself released from the case as well. The trial judge refused and set trial to start two days later.

At trial, English told the jury, “Robert McCoy committed these crimes,” but he also asked for mercy in light of McCoy’s “serious mental and emotional issues.” The jury voted for death penalty on all three counts.

McCoy moved for a new trial, alleging that defense counsel’s concession of guilt violated his Sixth Amendment right to the effective assistance of counsel.

Louisiana’s lower courts found the concession proper because the defense counsel had a reasonable strategy to avoid the death penalty in light of the evidence.

On May 14, six Supreme Court justices decided that it is a structural error (an automatic reversal without showing prejudice) when a defendant insistently maintains his innocence to counsel and the court and his lawyer concedes his guilt to the jury anyway. (See McCoy v. Louisiana, 200 L.Ed. 2d 821.)

The high court recognized that under the Sixth Amendment’s constitutional right to counsel, the defendant has a right “to decide that the objective of the defense is to assert innocence,” Justice J. Ginsberg wrote.

“Because the error was structural, a new trial is the required corrective”

The defense attorney may make many strategic decisions, the high court noted. But the right to assert innocence, testify on one’s own behalf and forgo an appeal are decisions reserved for the client alone.

“These are not strategic choices … they are choices about what the client’s objectives in fact are,” Ginsberg wrote. “The trial court’s allowance of English’s admission of McCoy’s guilt despite McCoy insistent objections was incompatible with the Sixth Amendment.”

This case differs from a previous 2004 ruling in Florida v. Nixon (543 U.S. 175). In that case, trial counsel informed the defendant of the strategy to concede guilt and the defendant was non-responsive. The Supreme Court ultimately ruled that trial counsel didn’t need to obtain the defendant’s express consent to pursue a reasonable trial strategy based on conceding guilt.

McCoy’s case was remanded back to the Louisiana state courts for a new trial.

“Because the error was structural, a new trial is the required corrective,” wrote Justice J. Ginsburg, who delivered the opinion of the court.

Normally, when an ineffective assistance of counsel claim is alleged, the person making the claim must prove both that the lawyer failed to provide effective assistance and that, if not for the error, the defendant is likely to have won trial. (Strickland v. Washington, 466 U.S. 668, 692  1984).

Supreme Court rules on concealing evidence by DA’s and cops