Inmate Harry Hemphill built the website. He graduated from the coding class in April 2015. His work is the third iteration of the website since it debuted in 2010. 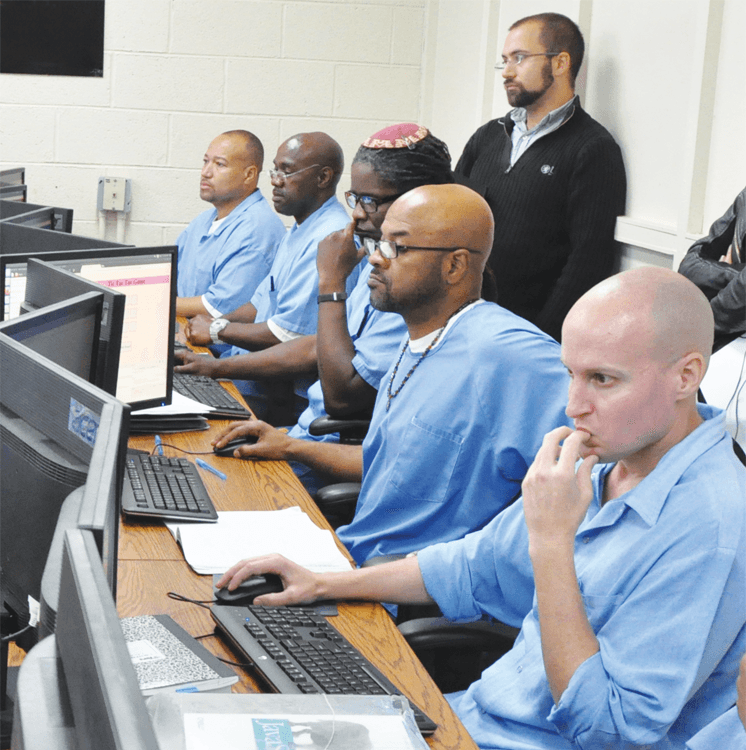 Harry Hemphill (center) at work with other coders

“I’ve acquired a lot of technical skills,” said Hemphill. “I’m passionate about giving back to the community.”

According to Hemphill, the project was budgeted for 150 hours of work, but he said it probably took a little more time. He said working on projects for other companies was fun, but having an opportunity to do work for San Quentin News was “engaging and exciting.”

Hemphill worked closely with Tulio Cardoza, who left San Quentin in 2011. He now works as a staff member for Code.7370.

“It’s an honor to be back, and even more of an honor to support (the program),” said Cardoza. “People here take the opportunity they’re given and run with it.”

“Tulio was an asset to get information I didn’t have readily available to me,” said Hemphill. “He gave me the tools and support I needed to get the job done.”

Several News staff members participated with getting the website ready after learning how to add San Quentin News editions, May 2017 through September 2017, to the website.

Because inmates do not have access to the Internet, News staff transferred photos and text from the newspaper’s Adobe InDesign files to WordPress software on a server in the coding program. Once staff members added the information on a stand-alone station in prison, outside Code.7370 staff placed it on the San Quentin News web page.

The idea for a new website was first presented in 2013 when students from the University of California, Berkeley Haas School of Business wrote a 56-page expansion plan for San Quentin News. Later, donations and a grant from The Reva & David Logan Foundation provided funding to make it possible.

Steve McNamara, an adviser to the News since it was revived in 2008, and adviser Jon Spurlock, who wrote the “Haas Plan” while attending U.C. Berkeley’s Graduate School of Business, negotiated with The Last Mile to get the project underway.

McNamara built the first website for San Quentin News. He purchased do-it-yourself software, read the instructions, and with the help of his son posted snapshot versions of the newspaper online.

“What was missing in my primitive version was a search function and a sophisticated design that newspapers have moved to with their web versions,” said McNamara. “Now we will have both.”

After nearly a decade back in operation and almost 100 published editions, San Quentin News now has a website that some say rivals many mainstream newspapers. 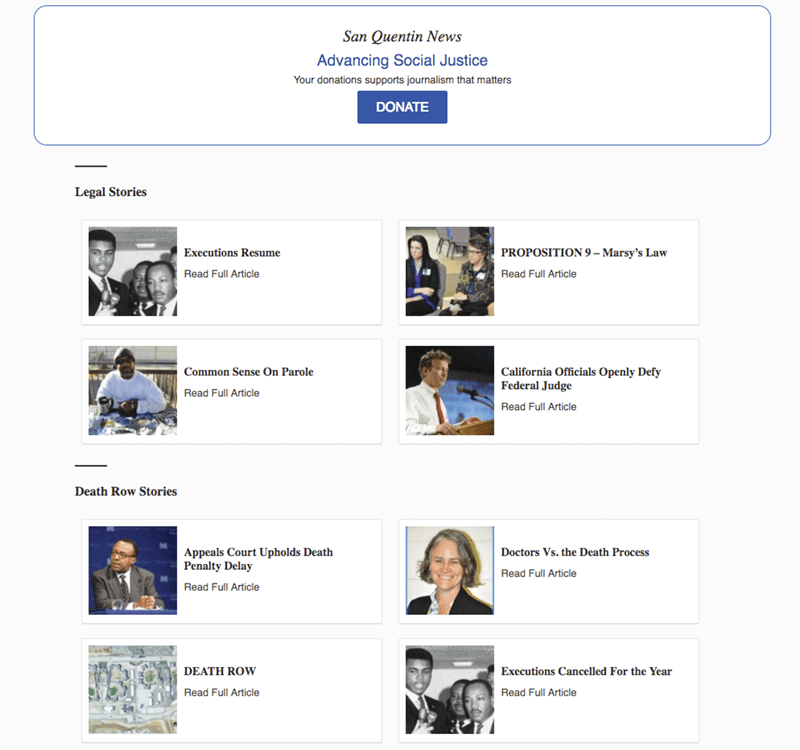