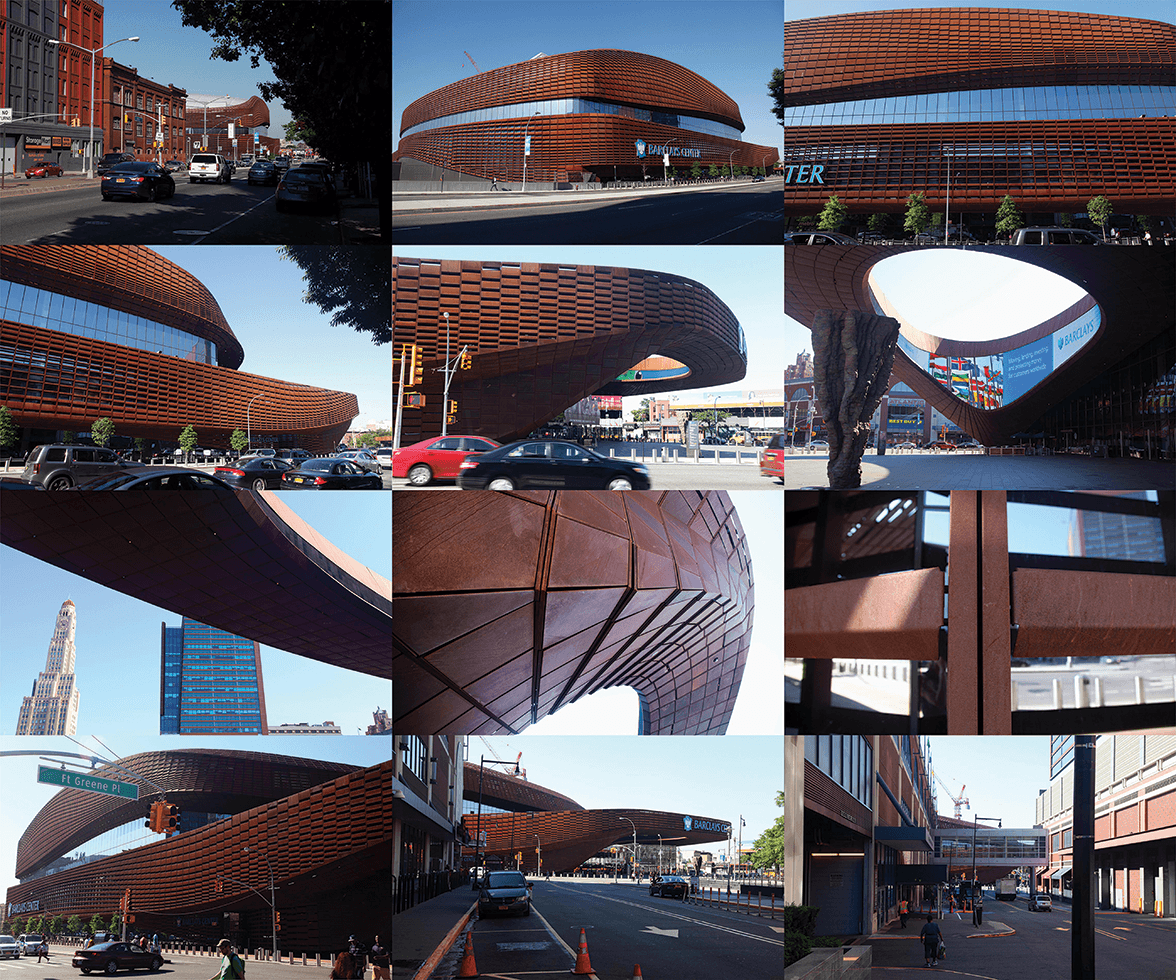 The day he learned his solitary confinement would be extended, 17-year-old Benjamin Van Zandt killed himself in a New York prison. To bring awareness and bridge the gap between the public and those in isolation, an advocacy group held  an art exhibit in a Unitarian church in New York, showcasing photographs requested by and produced for prisoners in segregation, reported Newsday.

“Viewers are able to see not what incarcerated people see, but what they envision—the vivid and varied thoughts, objects, images that all minds produce, independently of senses and circumstances,” said Jean Casella, co-director of Solitary Watch, the national advocacy group sponsoring the event.

There are at least 80,000 people held in solitary confinement on any given day in U.S. prisons and jails, some for months, years, or even decades, according to Solitary Watch.

“When we came across this figure… I thought it was a typo… how could this be going on and nobody knows about it, nobody’s talking about it?” Casella said, in an interview with San Quentin News. She also pointed out that: “They’re not sent there (to solitary) by a judge and jury, they’re sent there by prison staff because they smoked a cigarette or mouthed off to a guard or at worst were fighting.

According to Casella,  “Solitary was invented in 1829 by Quakers who actually thought they were doing something good, because the punishment of the time was like whipping or the stocks… they quickly discovered that it didn’t cause people to be reformed at all, it drove them crazy.” 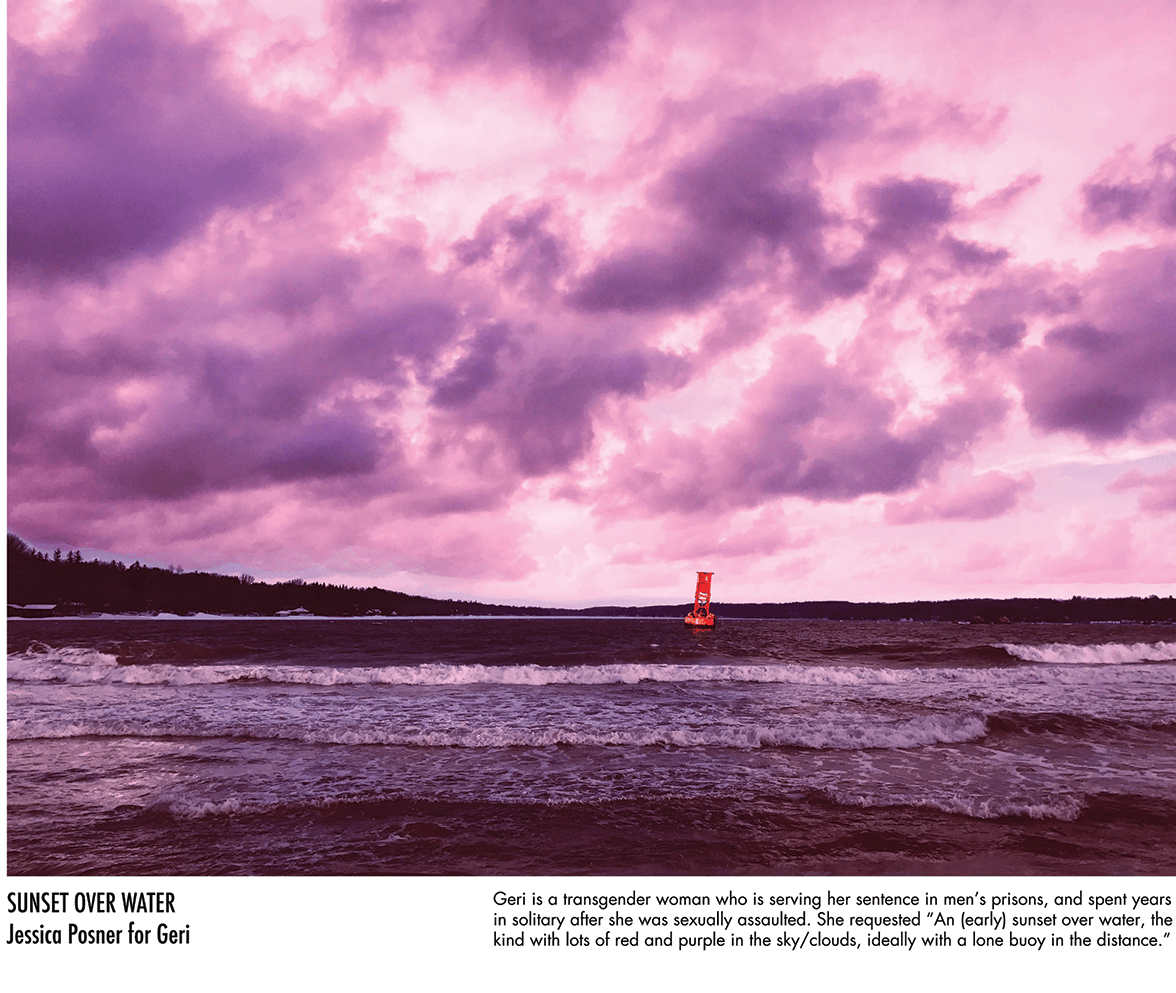 The art exhibit was inspired by the Photo Requests from Solitary (PRFS), a project run by Solitary Watch. This project takes the written ideas of the prisoners and pairs them with distinguished photographers who fulfilled the images.

For example: “I would like to have a painting of the outdoors, maybe a wooded scene, with maybe a doe and twin fawns,” requested an inmate in solitary confinement named Hershel, reported Newsday. 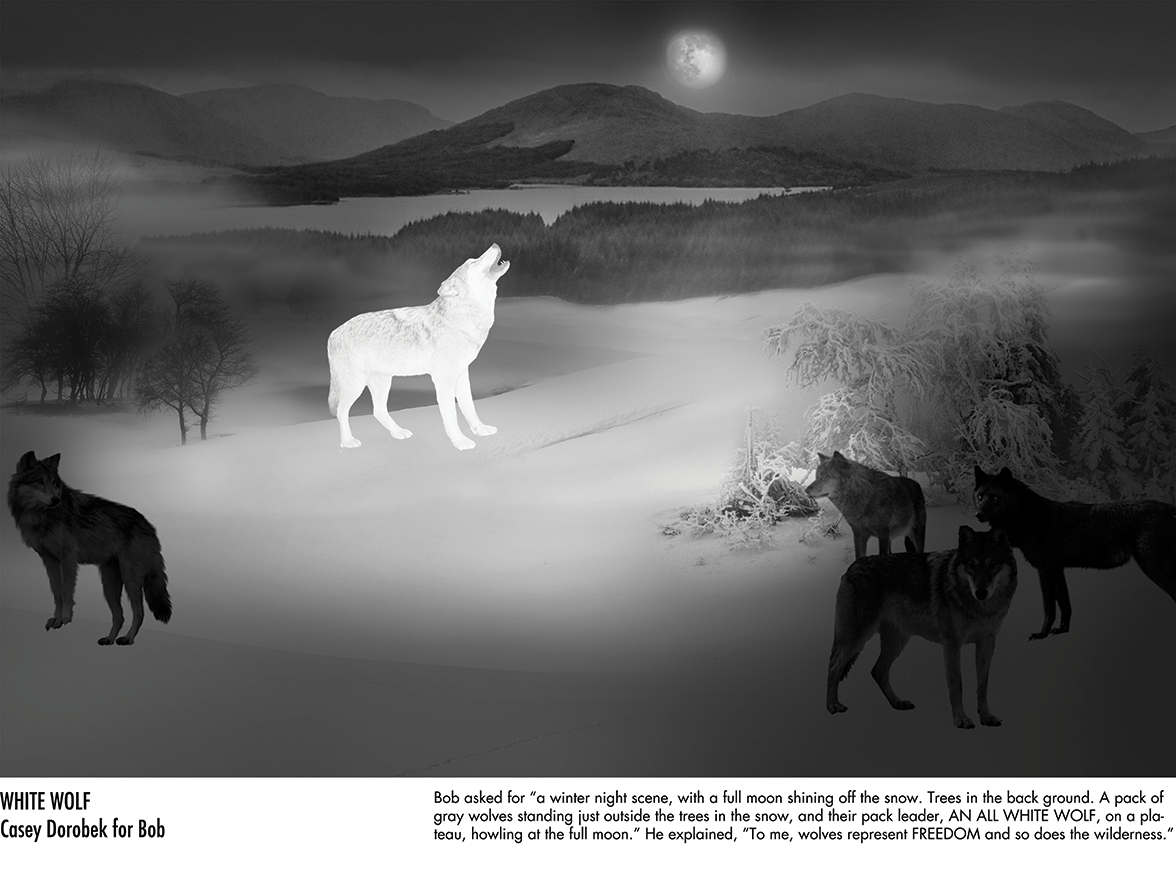 Capturing these images as photographs, which can then be sent back to the people who conceived them, completes an artistic collaboration that acknowledges the shared creativity and humanity of individuals on both sides of the prison walls, notes the Solitary Watch website.

Viewing the photos at the exhibit, Van Zandt’s parents told Newsday their son would have liked one of a white wolf in a snowy nighttime landscape.

Prisoners in New York, Illinois and California have requested photographs ranging from general New York City scenes to hyper-specific images, like one of an African-American female with hazel eyes wearing leather pants posing next to a powder-blue Benz, reported Newsday. 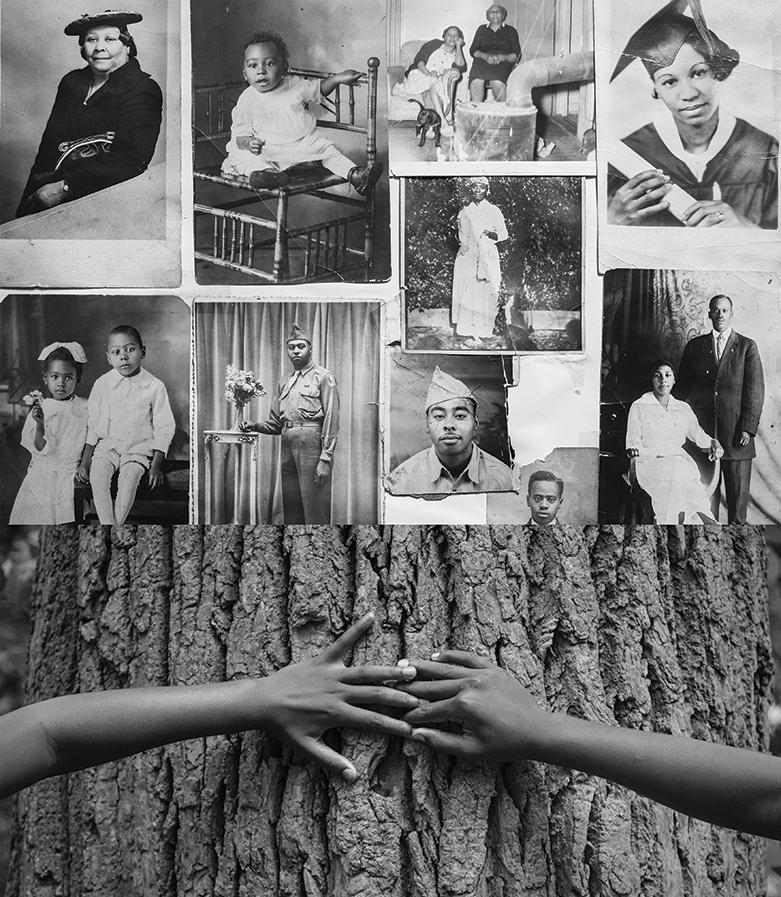 “For the first time, we’re going to be crowd-sourcing the fulfillment of the requests,” Casella said. Visitors to future art exhibits can get copies of the requests and reprints of the photos. The prisoners’ requests will also be posted online on the new website www.photorequestsfromsolitary.org and visitors to the website can opt to submit photos to fulfill the written requests

The next photo exhibit will be at the Eastern State Penitentiary in May. The Philadelphia prison closed in 1971 and is now an historical and exhibition site. This exhibit will be held in two former solitary cells and will run for a year, said Casella.