Custody staff, 165 inmates and media representatives gathered May 24 inside the Level II gymnasium of California State Prison-Solano in anticipation of the arrival of two Special Olympic athletes. Music played on the sound system, and everyone inside lined up from the front door to the back door (half the length of a football field) in two lines facing one another with arms raised, representing a “Tunnel of Love.”

Then the two athletes, Tiffany and Karissa, with Karissa’s mother, Christa, Captain M. Dernoncourt, Retired Associate Warden C. Arthur, C/O E. Mills and the Special Olympics director Camille Cooney walked into the gym to rousing ovation. The atmosphere was electric. The energy built as Tiffany and Karissa prepared to carry the homemade Special Olympic torch around all four prison recreation yards for the Flame of Hope Torch Run.

C/O Handy volunteered to run around each yard with the athletes along with 25 inmate runners, who donated a minimum of $25. Event coordinator Palmer then asked the crowd,  “Runners, are you ready to pass the torch?” In unison all the people in attendance cheered loudly. Tiffany and Karissa held up their torches along with C/O Handy, and out the door they went onto the quarter mile track.

The 25 inmate runners fell in line a few feet behind the athletes. As the runners made their way around the track, all the inmates and custody staff stood still to applaud the runners as they went by.

After running the C-Yard track, Tiffany, Karissa, C/O Handy and the 25 runners walked back through the “Tunnel of Love” toward the D-yard gym door with the C-yard runners ready to pass the Torch to the D-yard runners. Once the torch was passed, the Special Olympic Flame of Hope Torch Run became official at Solano prison. The run began again onto the D-yard track.

After running the D-yard track, the runners returned to the gym to roars of applause. After a long ovation for the runners ended, D-yard event coordinator Sami thanked everyone there for their support and participation. Sami called onto the stage Tiffany, Karissa, Christa, AW C. Arthur, Camille Cooney and Captain M. Dernoncourt, who sponsored and coordinated the event.

Tiffany shared her experience as a Special Olympics athlete and said she was proud of her gold medals. Christa spoke about how the doctors told her Karissa would not live six months after she was born. But today Karissa, does not let anything hold her back from living life to the fullest. She became a gold medal swimmer. Karissa told the audience how, in one of the Olympics, she swam with a broken collarbone and still won. While wearing her gold medals, she spoke confidently about her ability to play sports in the Special Olympics. The crowd stood and gave the athletes a long standing ovation.

Cooney addressed the crowd about how the Special Olympians meet more challenges than the average person and refuse to accept their limitations. She thanked all those who donated and was overjoyed by the crowd’s enthusiasm. The inmates who donated began to realize that their contributions were making a big positive impact to the athletes. 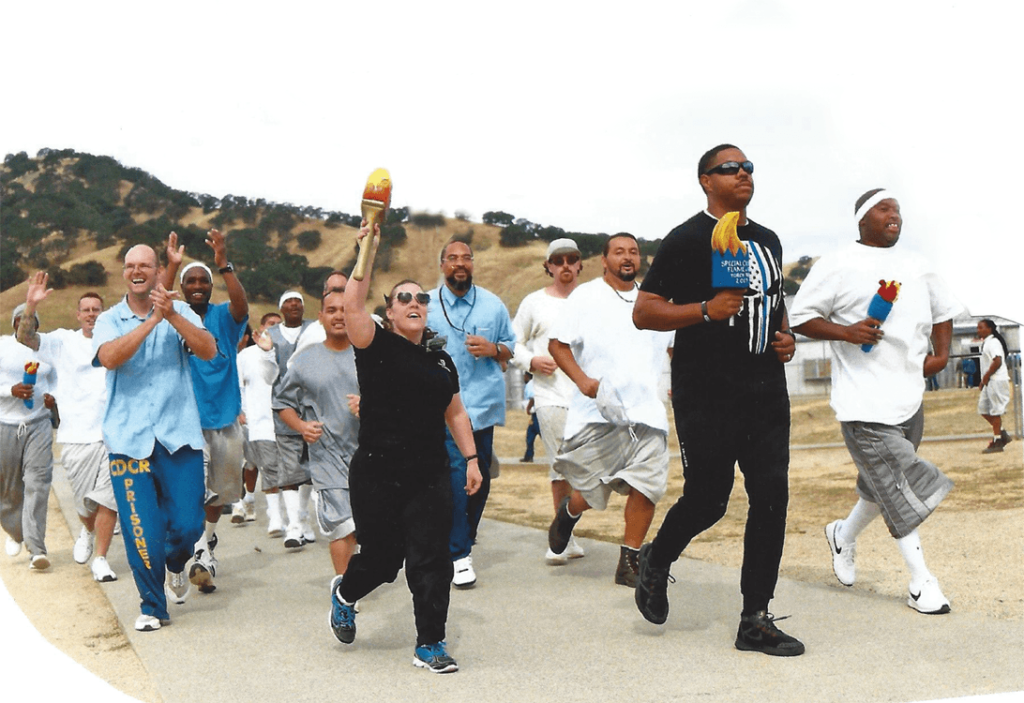 The Torch Run on the Level II yard

Torch runner Fred Hoff stated, “Karissa and Tiffany inspired me so much. If they can find purpose in life despite the odds, why should I ever allow limitations to hold me back? This has been a life-changing experience for me.”

Event coordinators then prepared to present the amount raised before the crowd. Captain Dernoncourt’s original goal was $1,000, knowing some of the inmates only earn 27 cents per hour as their wages. Additionally, some of the inmate’s family members and friends could donate online on their behalf.

Silas Robinson and Tim Johnson walked onto the stage with a check and unrolled it. Sami shouted the total raised: $5,613.72. A roar came from the crowd. People were shaking their heads in amazement. A strong feeling of hope emanated from that moment because even in prison, change for good can happen. 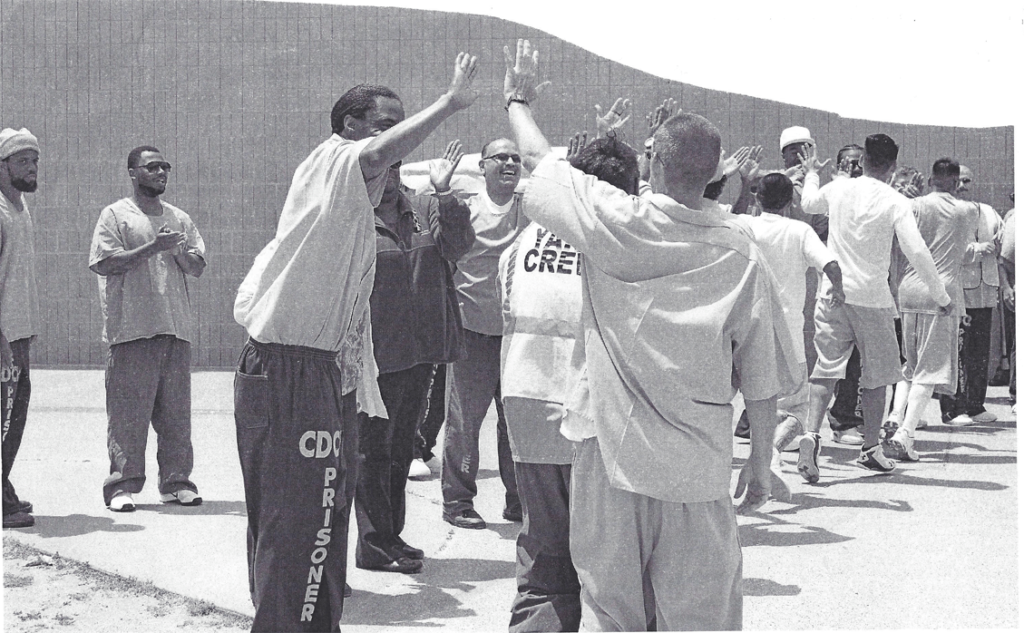 Captain Dernoncourt said, “I was deeply touched by all the staff support. This is the beginning of a culture change here. Staff are able to see how these events can change lives and want to get involved and hopefully we can make this an annual event.” 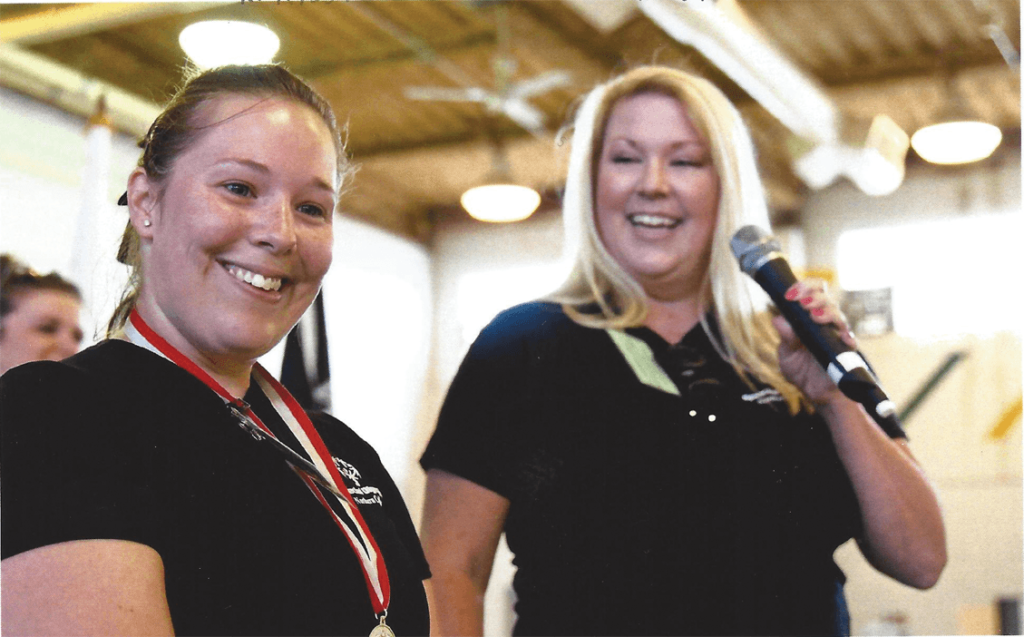 The athletes and sponsors took a one-hour break to prepare for the Level 3 Torch Run. The same vibe was in the air. Everyone on the yard stopped their activities and cheered on the runners as they went by. More music was played for the athletes when they returned to the gym.

Event Coordinator Sami said, “Special Olympics was an amazing experience for us all. Being able to connect in a different atmosphere was beyond words. We came together to make a dream come true, a dream that will always be in the hearts and minds of all that attended. Life gives you opportunity to give back the best way you can, and the best way to give is to give with where life begins, your heart. Go Special Olympics.”

An idea that first floated around in a captain’s office became the first-ever Special Olympics Flame of Hope Torch run, and it changed lives forever.