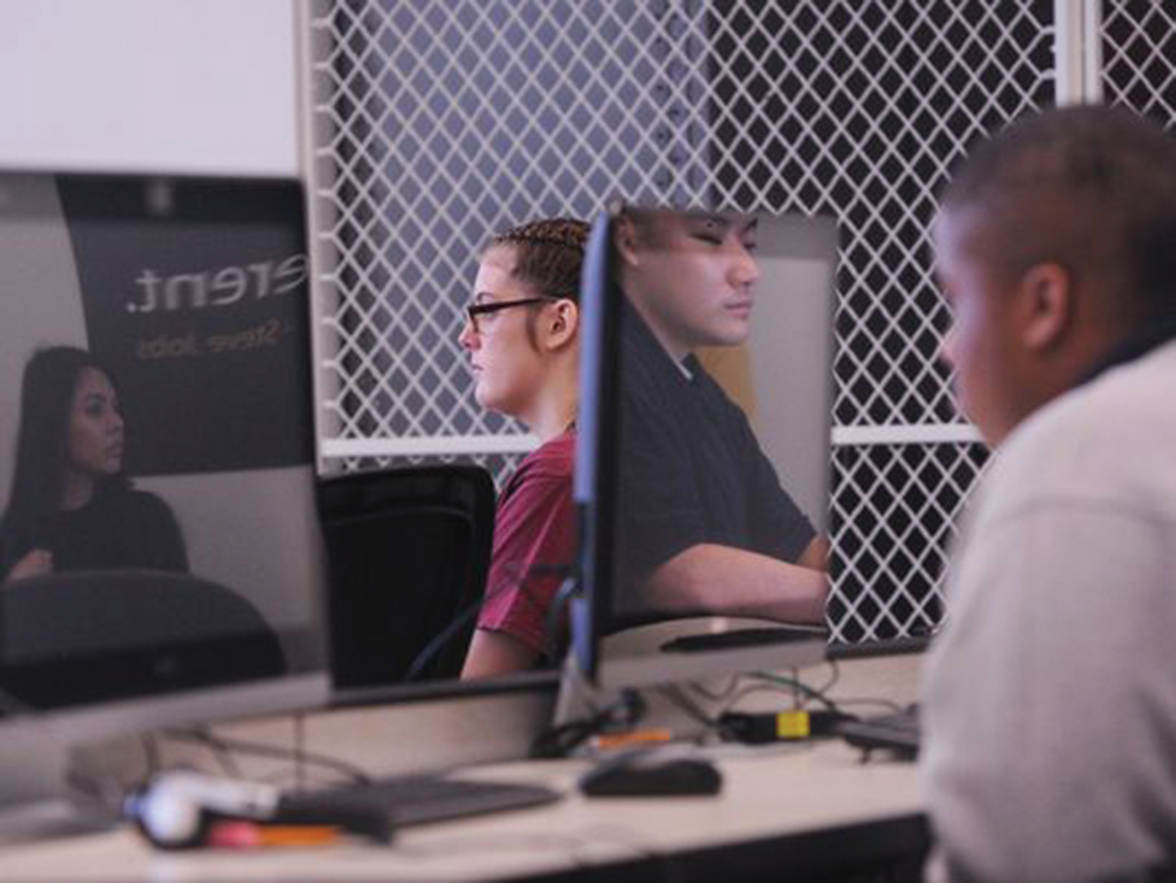 Thanks to San Quentin’s first-ever Skype computer conference call to be allowed between California Department of Corrections and Rehabilitation prisoners and youth in the Division of Juvenile Justice (DJJ), California officials think they’ve opened a door to exchanging valuable instruction between inmates at different institutions.
The July face-to-digital-face electronic encounter was a part of an Adult Youth Offender Mentorship pilot program. The partnership was formed between the Last Mile and DJJ.
Prisoners of the San Quentin’s Last Mile spoke with youth at Ventura Youth Correctional Facility. California corrections officials say they want juvenile offenders to learn computer coding.
“We brought the Last Mile in to teach our youth coding and prepare them for their future,” DJJ Director Chuck Supple said. “We don’t want them to have to go San Quentin to get this skill.”
Supple said the goal is to provide rehabilitative programs and job skills to keep the youth from reoffending and ending up in adult facilities. .
The incarcerated coders at San Quentin and in Ventura viewed each other on theater screens at their respective locations. The group of 14 youngsters and three adult prisoners broke the ice by sharing their struggles learning coding and navigating prison life.
“They (the youth offenders) seemed hungry for guidance,” said Jason Jones, one of San Quentin’s coders. “I think they just need someone to validate their dreams, visions and the things they do.
“They don’t have to come here to get their success. I think seeing us on screen is another reality check for them to wake up and take control of their lives,” Jones added.
The defining moment of the conference came when one young woman stood up, walked to the camera and shared that her mother was recently released from prison after eight years. She felt the pressure of having to get out and emotionally and financially take care of the rest of the family.
“I struggle to tell my family that I need to focus on myself,” she said. “I love my mother, but I know I have to be better.”
At that moment, tears began to fall from the eyes of the several officials, instructors and inmates. The realities of the youngster’s pain and personal issues were now at the forefront.
Jones shared with her that he is going through a similarly contentious relationship with his mother. He said sometimes you have to let people go – so you can grow. Then you can come back and take care of them.
“Yeah I teared up,” said Zach Moore, another adult coder, “They inspired me just hearing their stories and what they were going through. It’s our job to instill in them that coding is more than a program; it’s an opportunity to do whatever you want to do with their lives.”
Harry Hemphill, adult coder, added “I didn’t think they would be so engaging. They were able to relate to us, and I think that helped them to open up.”
The youngsters have been learning how to code for just two months. The program is co-ed with young adults ages 17-23. But like their adult counterparts, their hope lies in gaining skills that can land them high-paying jobs once released.
Not all the youngsters see coding as their future. Some wanted to be social workers, firefighters or members of the military as options.
“I don’t want to live my life in institutions,” said Thalia Ruiz, 20, a youth coder. “I want to travel and live life without substance abuse.”
Ruiz credits the Last Mile in Ventura for her new direction from gang-banging and abusing drugs and alcohol.
Supple said the first Skype session was a success. The plan is to hold at least one or two sessions a month, where the adult prisoners will mentor the youth through their coding lessons.
“The youth seemed to hang on to the mentors’ every word, and their messages of hope and encouragement were getting through like arrows hitting the bulls-eye,” Supple said. “I think staff in the room recognized that the San Quentin mentors were valuable partners in the efforts to help the youth.”
The plan is to open the Last Mile program in other youth institutions. The Stockton facility is next. The Ventura program seeks to expand to 48 students in two six-month tracks. DJJ will initiate a program allowing the Ventura graduates to earn money while doing coding for outside companies.
The Last Mile will help the graduates find internships once they are released.
“We all are making history,” said Beverly Parenti, a leader of The Last Mile. Then she looked at her San Quentin mentors and said at the next session they better talk to the youngsters about improving their posture, and the remark filled the room with laughter.

29 years in prison is enough for Mike Webb