When Professor Shaheen Pasha’s childhood friend, Tarik, was sentenced to life in prison, she was forced to rethink her views about life behind bars.
Now the multimedia reporter and University of Massachusetts-Amherst journalism professor focuses her career on illuminating mass incarceration’s hidden universe.
Her friend’s sentencing also made her aware of the lack of rehabilitative prison programs.
“In the back of my mind, I knew I needed to do something,” she said. “I had to confront my own innate biases and fears.”
Before her work in prisons, she admitted to not seeing people behind bars.
“They were invisible to me,” she said.
Pasha received a Harvard University Nieman Fellowship this year for her efforts bring- ing civilian college students together with inmates in an immersive explanatory journalism course.
She recently visited San Quentin to meet with San Quentin News staff and advisers.
“The guys behind bars are not scary,” Pasha said. “Most guys are not serial killers, but there’s this fear culture that guys behind bars are evil, that they’re guilty.
“That’s all stupid.”
Her belief that not all inmates are dangerous is based on her experience with Tarik.
Four years ago, Pasha and her UMass-Amherst co-professor Razvan Sibii convinced Hampshire County Jail officials to let them enter the facility and engage inmates in a classroom setting.
“Prison officials tend to see journalists as adversaries,” she said. “They don’t want to let us in. Once I explain what I’m doing, once they see it can be done respectfully and with good purpose, then they can get past their distrust.”
Pasha and Sibii’s volunteer work evolved into an accredited course worth four college credits—both for inmates and Amherst students alike. She sees the curriculum as an invaluable pathway for prisoners to find their voices, stay involved with the community at large, and reclaim their humanity.
“There’s already so much insight into the victims’ perspective,” Pasha said. “People need to hear about the experience of the guy’s inside. It’s not about excusing their crimes, but we need to understand what actually goes on behind those prison walls.”
Pasha talked about how politicians and voters are quick to make decisions for inmates without their input.
“Too often, you guys will downplay the everyday things that go on in prison, because those things are mundane to you,” she discerned. “But your voices matter.”
The Nieman Fellowship provided Pasha a national platform to present her unique insights regarding America’s mass incarceration problem.
“I’m even more convinced how important establishing a journalism curriculum in prison can be,” she said. “Before, I felt like I was just shouting in the wind.” 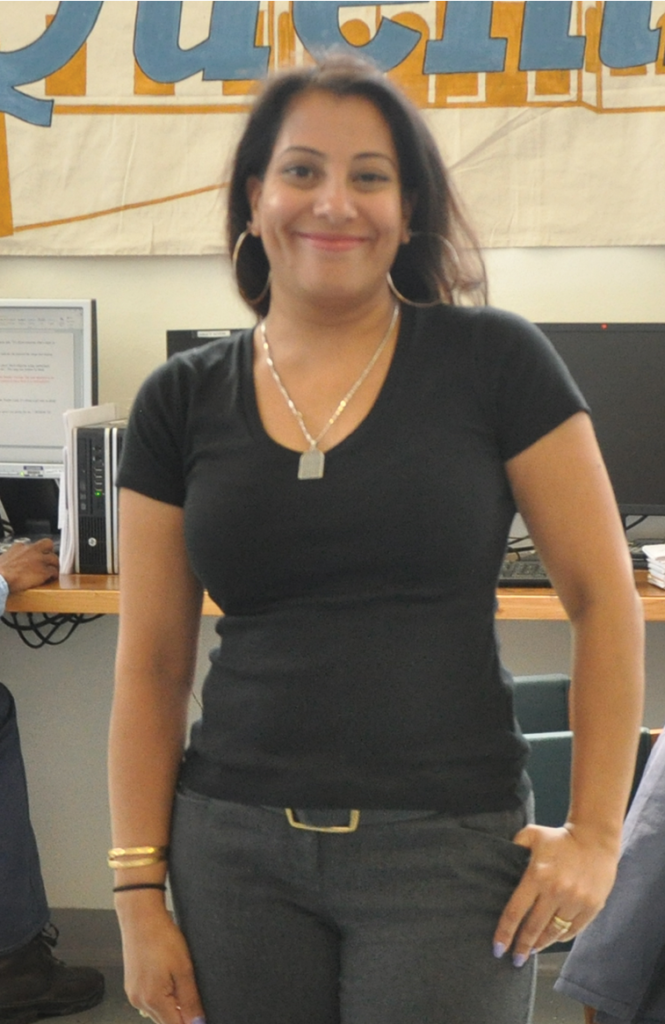 Pasha described how the fellowship gave her efforts credibility.
“I got so many tweets and emails from people I don’t know, asking, ‘How can I help?’” she said.
Her work has now also taken her to other prisons. San Quentin is the sixth institution Pasha has visited and the first in California.
“It doesn’t matter what prison I enter—there’s a sadness you can feel,” she noted. “I always pick that up.”
When Amherst students enroll in Pasha’s Social Justice Journalism and Mass Incarceration course, she tries to disabuse them of their preconceptions before she takes them into the Hampshire County Jail.
“Whatever you think you know is not the truth,” she warns her students. “You’re going to come in with your own ideas, but you’re going to be wrong.”
She describes her college students as “very liberal, very ‘fight the man,’” and she gets highly animated when discussing her incarcerated students, whom she refers to as “my guys.”
“Ideally, I want my curriculum to be less about me,” Pasha said. “I want my guys to take the lead.”
She remembers a particularly special moment when inmates discussed the effect the course has had on them.
“They said it was the first time they didn’t feel like inmates,” she said. “They really felt like people, like students.”
Pasha keyed in on this same vibe at San Quentin.
“This place offers so much,” she noted. “Everyone is so responsive.”