Inmates of San Quentin prison’s athletic circles turned out yesterday to participate in the eighteenth annual track meet. Thousands of men who did not deem themselves athletes, although each had his favorite sport, stood on the side lines and cheered the winners. It was once when the penal institution let them enjoy the freedom only an athlete and sport enthusiast can know. For weeks the Wall City News, which claims to be the best newspaper in Am erica within prison walls, has been forecasting as to who would be pronounced the winner after the starting gun had long since echoed. 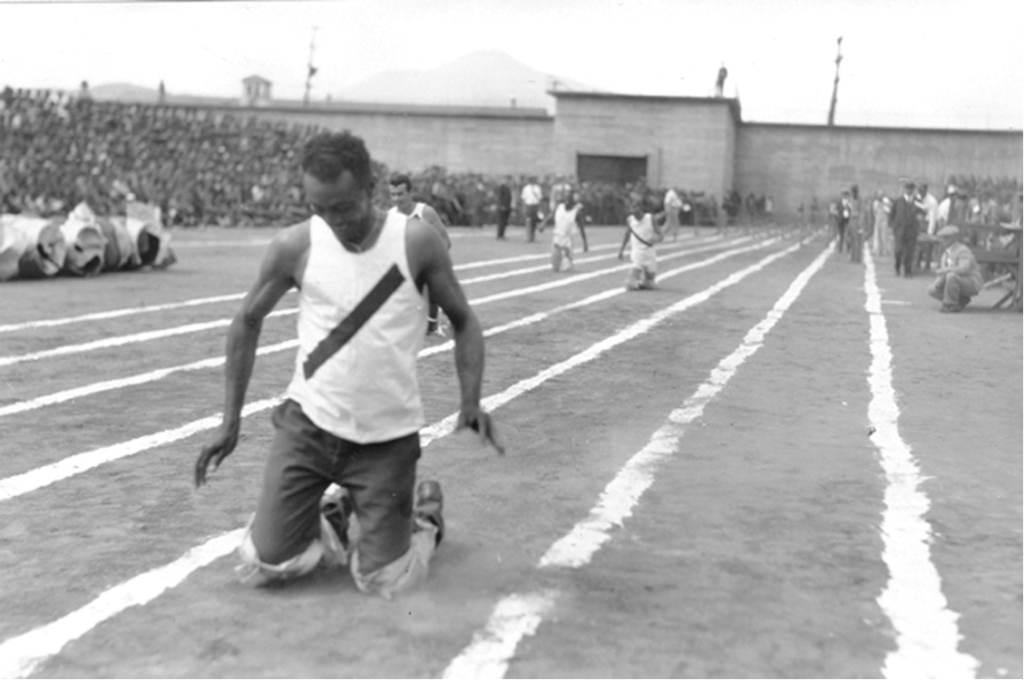 There were events which would satisfy the tastes of 4,600 men in attendance. Among the feature events of the day were: The tug of war, Filipinos vs. Chinese; obstacle race, centipede race, each race, rope climbing, lifers’ race and three-legged race.

The meet was won by the mess team with 115 points. The shops took a poor second with 84 points, while the jute mill boys were third with 56.

Four men tied for first place as high-point men with 15 points each. They were: Nathaniel Smoot, 24, Los Angeles burglar; M. Moore, a Los Angeles robber; Theodore Brooks, of Los Angeles, serving from 35 years to life for robbery, and Charles Davies, from Imperial County, serving a life term for murder. 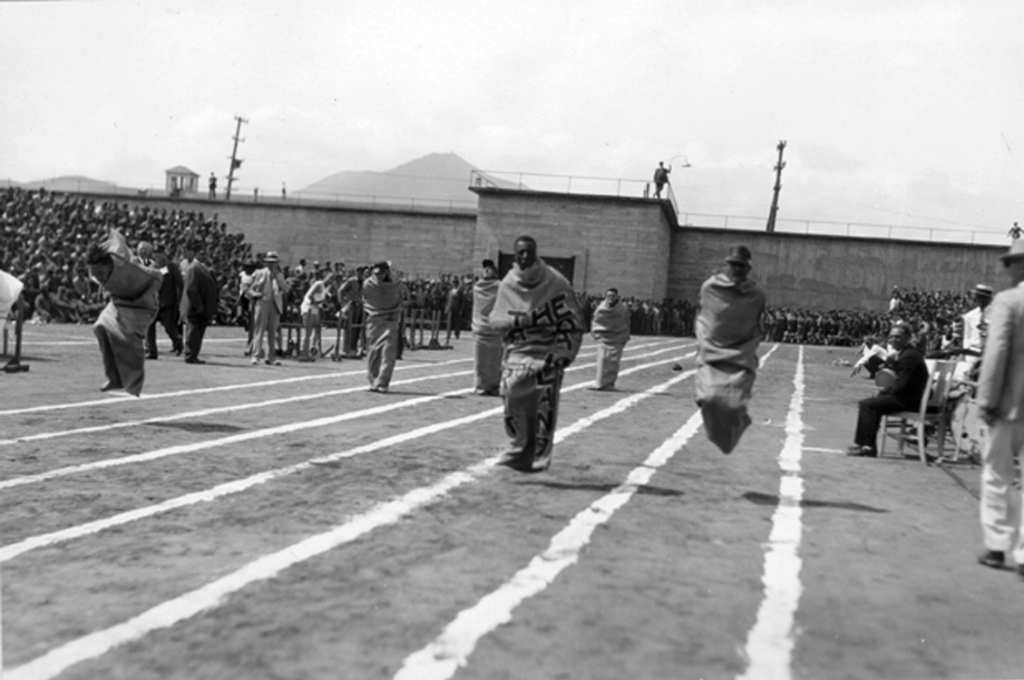 Today the prison has a new hero in Paul (Dutch) Kellner, 23, who won over Manuel Ponchetti, 35, from San Diego who is serving a life term for murder in the first degree. Kellner was victorious in the two-mile race over Ponchetti, an old prison veteran, who came into the penitentiary in 1916.

Alvin Cain, from Sacramento, serving 15 years for robbery, broke his own record for the pole vault when he vaulted 11 feet 6 inches. Cain’s previous record was 11 feet 1 inch.

Floyd C. Rutt was chosen as “Miss San Quentin,” who was stylishly gowned in beach pajamas and who competed against a field of eight men. Rutt, 23, from Los Angeles, is serving a term for forgery, having arrived at San Quentin on May 17, 1930.

At 1 O’clock the men answered the bell and went in to the mess hall to eat a delicious dinner. On this day of day, instead of the prison fare, the inmates were served roast pork with applesauce, cream and sugar in their coffee (a rare treat), potatoes, vegetables, apples, and bananas. 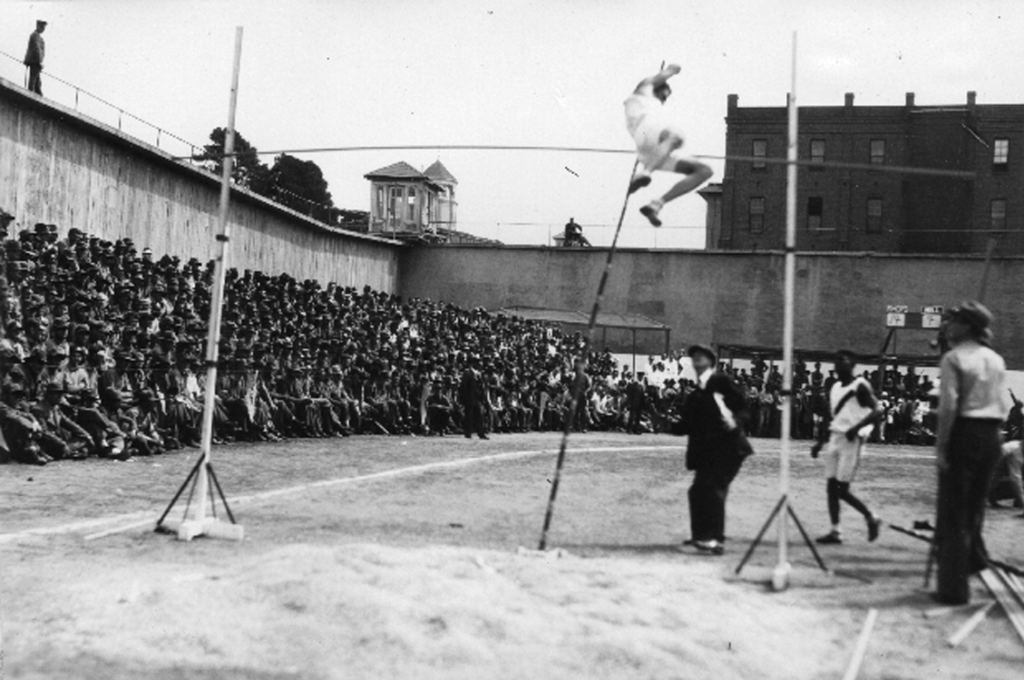 Music was furnished by the San Quentin Military Band, under the direction of Ralph Martin.